These four painted terrapin turtles may be tiny, but it was a big effort bringing them into the world. 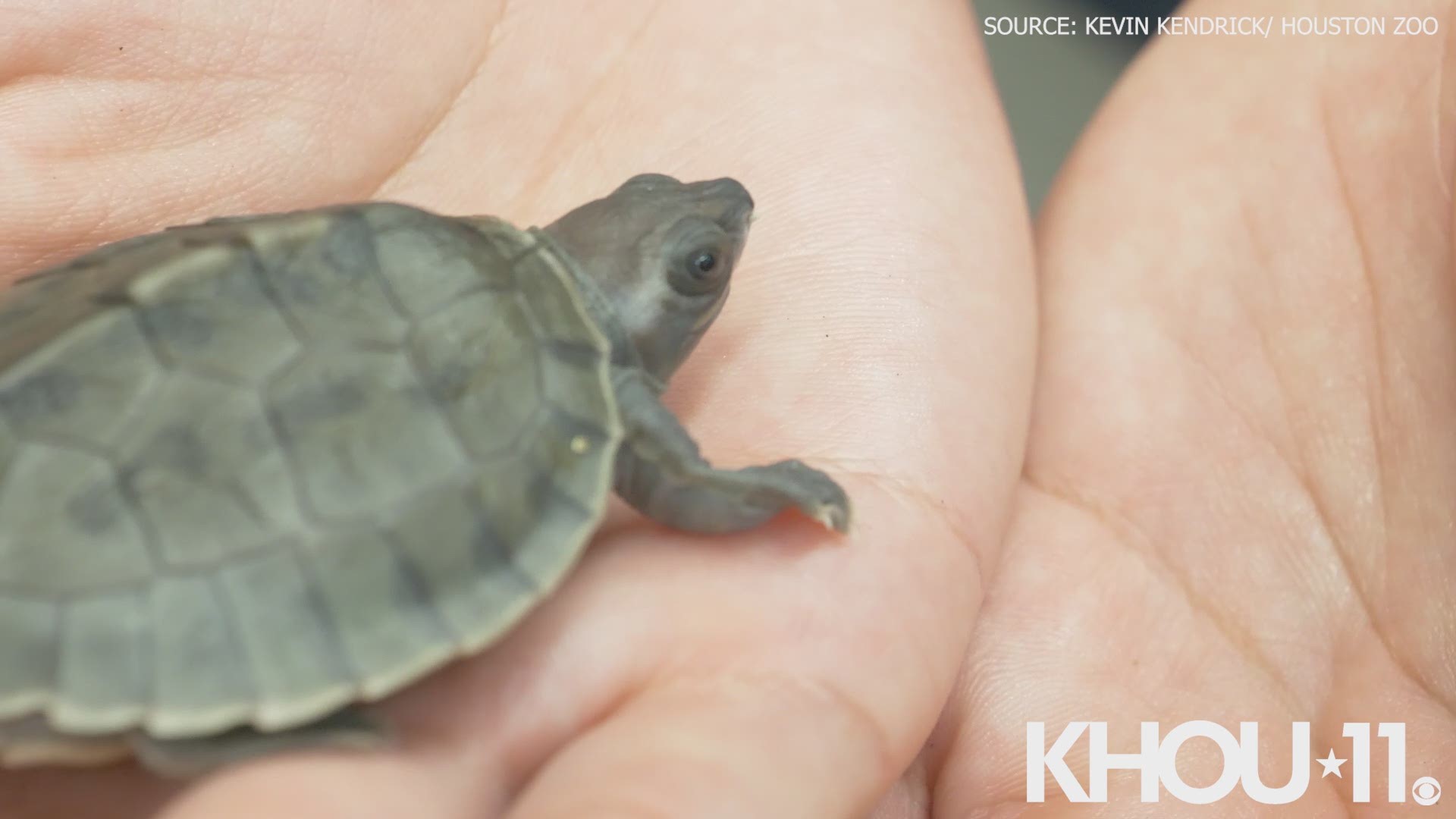 HOUSTON — Houston Zoo recently became the home of four newly hatched painted terrapin turtles, one of the most endangered species of turtles in the world.

They're the first painted terrapin turtles to be hatched at the zoo, according to the organization, after popping into the world this past week.

It was a lengthy and tedious process bringing the turtles into the world, and several departments had to work together.

The turtles can only live in freshwater or brackish water with low salinity. At the zoo, the adults are kept in the orangutan moat at the Wortham World of Primates exhibit.

The turtles are usually a grey, brown color to blend into their normally swampy surroundings. However, the males become very colorful when mating. The Zoo said their male shells will lighten to reveal bold markings. Their grey heads turn white with a bright red stripe between their eyes, giving them a ‘painted’ appearance.

This medium-sized to large turtle species usually inhabits rivers in Southeast Asia, where hunters capture the turtles and eggs to sell as food. Other threats to their survival include pollution and habitat destruction.

The Houston Zoo saves painted terrapins in the wild by providing support for local Malaysians to conduct protection work in Sumatra.

Malaysian conservation professionals supported by the Zoo are watching over and protecting wild painted terrapins and their nests and restoring and replanting terrapin habitat.

In 2020, the Zoo supported work that protected more than 550 painted terrapin eggs in 33 nests in Sumatra.