Famous faces from all over the country are coming forward, trying to portray the magnitude of the problem. Now Houston women are joining in. 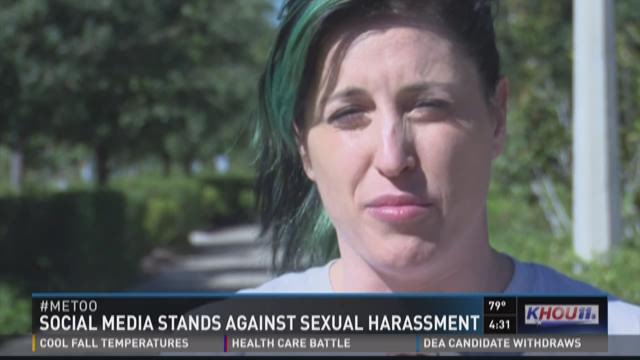 Women from all over the country are joining forces to speak out against sexual abuse, posting #MeToo. This is after several celebrities came out against Harvey Weinstein, and now hundreds here in Houston are doing the same.

Two words - that’s all she wrote.

“A few of them are women who have also been in the same boat," said Heather Schnurr, referring to the comments on her Facebook post.

Schnurr knows more than most what it’s like not to just be sexually harassed, but also abused.

“I think everyone affects everyone, and it’s important to remember to treat everyone softly and with compassion. And that’s what this is about is acknowledging that we all go through things," Schnurr said.

She knows first-hand how important, but how difficult it is to speak up.

“It’s a lonely world when you’re the person who’s willing to speak out," Schnurr said.

But that world is no longer lonely. Famous faces from all over the country are coming forward, trying to portray the magnitude of the problem.

Dr. Anderson teaches social psychology at the University of Houston-Downtown and is part of the Center for Critical Race Studies. She says for some men, it’s how they’re raised.

“Many of these men that they would not think to do to other men because other men are human beings and not objects," Dr. Anderson said.

She says change will only happen once there’s accountability. Schnurr says it’s a good start, but that’s going to take more than just a conversation.

“There’s a lot of people of all ages in the workforce. There’s a lot of people just walking this track like I am today, so when you see them, you should have respect for them, and remember you know it takes a village. So we should all be acting accordingly, and I think "Me Too" is about that in that way," Schnurr said.