Galveston County Judge Mark Henry said they are expecting between 15 and 20 inches of rain in some areas. 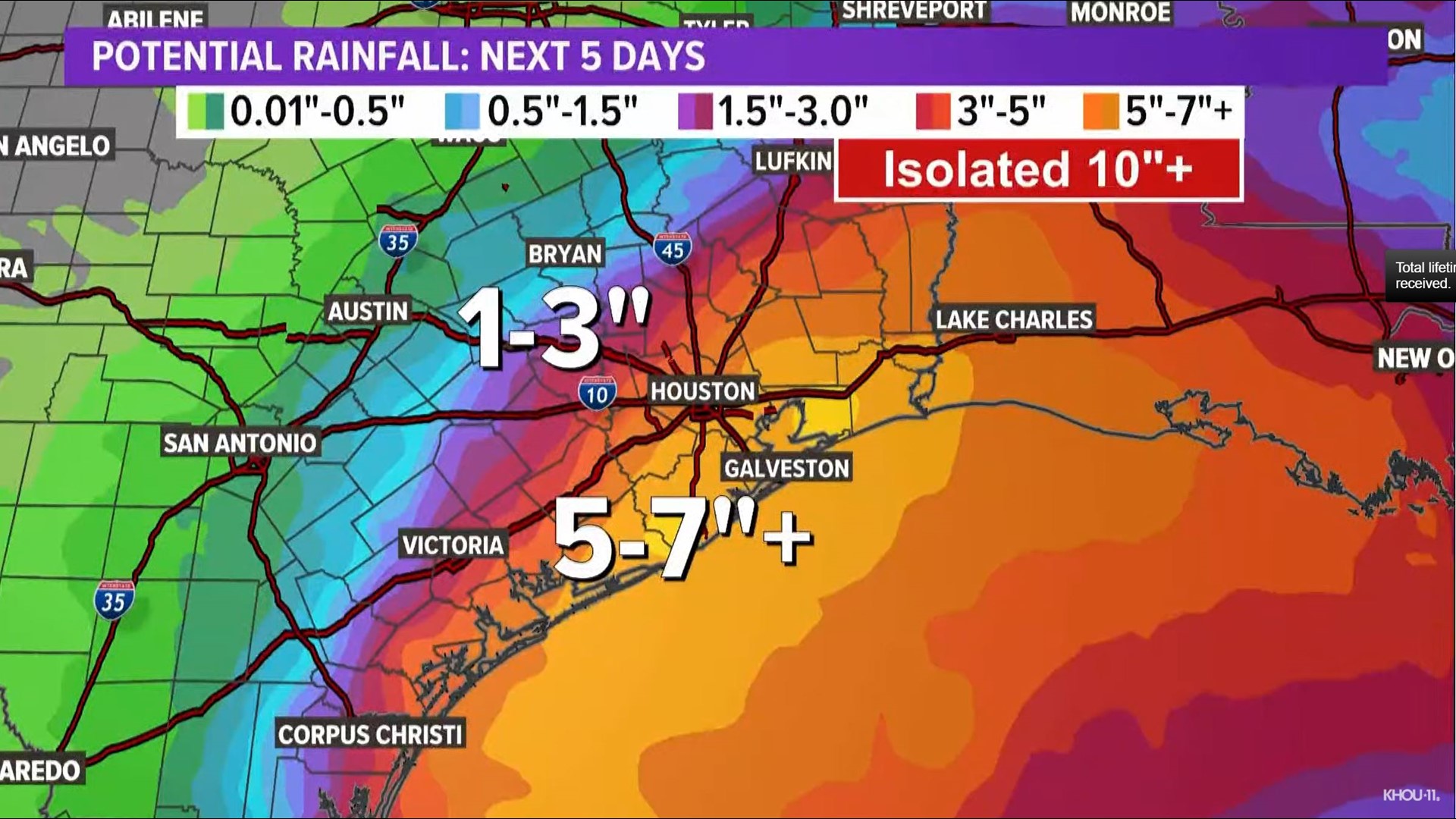 GALVESTON COUNTY, Texas — All eyes are on Tropical Storm Nicholas as in churns in the Gulf of Mexico. The current track has it heading toward Southeast Texas.

Local leaders are asking people to be weather-ready. While the direct impacts of Nicholas are yet unknown, officials across the region said the time to prepare is before the storm actually hits.

In Galveston County, businesses blocked storefronts with sandbags ahead of potential flooding. Judge Mark Henry said the county is expecting between 15 and 20 inches of rain in some areas. He said there’s low confidence in the exact track of the storm and its impact.

“They’re not really sure where exactly where the rain is going to fall so we have to be prepared for all the 20 inches to fall right here in Galveston County,” Henry said.

“Everything’s handled so when we do need to have our rescue people out there making revues or doing preventative actions they’re able to really focus on that,” Galveston Beach Patrol Chief Peter Davis said.

The Galveston County Office of Emergency Management has deployed its high-water assets.

“A lot of tropical storms produce a lot of rain for us. And that’s really the big threat," Emergency Management Coordinator Scott Tafuri said.

Meteorologist Larry Perez and his team at Saltwater Recon have 25 cameras on the island. As a Galveston native, Perez knows a storm surge combined with rain could be problematic for the island.

"It’s mainly going to be how much coastal flooding we get and how much rain we get on top of that ... might cause serious disruptions within the downtown area particularly," Perez said.

“Please be weather aware ... Monday, Tuesday, and going into Wednesday,” Turner said. “Don’t drive through water especially at nighttime because you don’t know how deep that water can be.”

He said the threat of heavy rain can be triggering but he doesn’t want people to be caught unprepared.

“Just because you don’t hear ‘hurricane,’ ... it could be a system developing in the Gulf and what we have seen these systems can really accelerate very, very quickly,” Turner said.

The city will be activating its office of emergency management on Monday. Officials want people to take the threat of severe weather seriously.

"Anywhere from 10 to 15 inches (of rain) is possible with highest 20 inches," Lindner said. "Be prepared for flooding, especially street flooding, and even the potential for some bayou and creek flooding."

The city lowered the levels of Lake Houston to help with the water and also said both Barker and Addicks reservoirs are empty.