Melissa Friels, 16, was bike riding when she was hit by a car only two days into the family's Florida vacation, according to family. 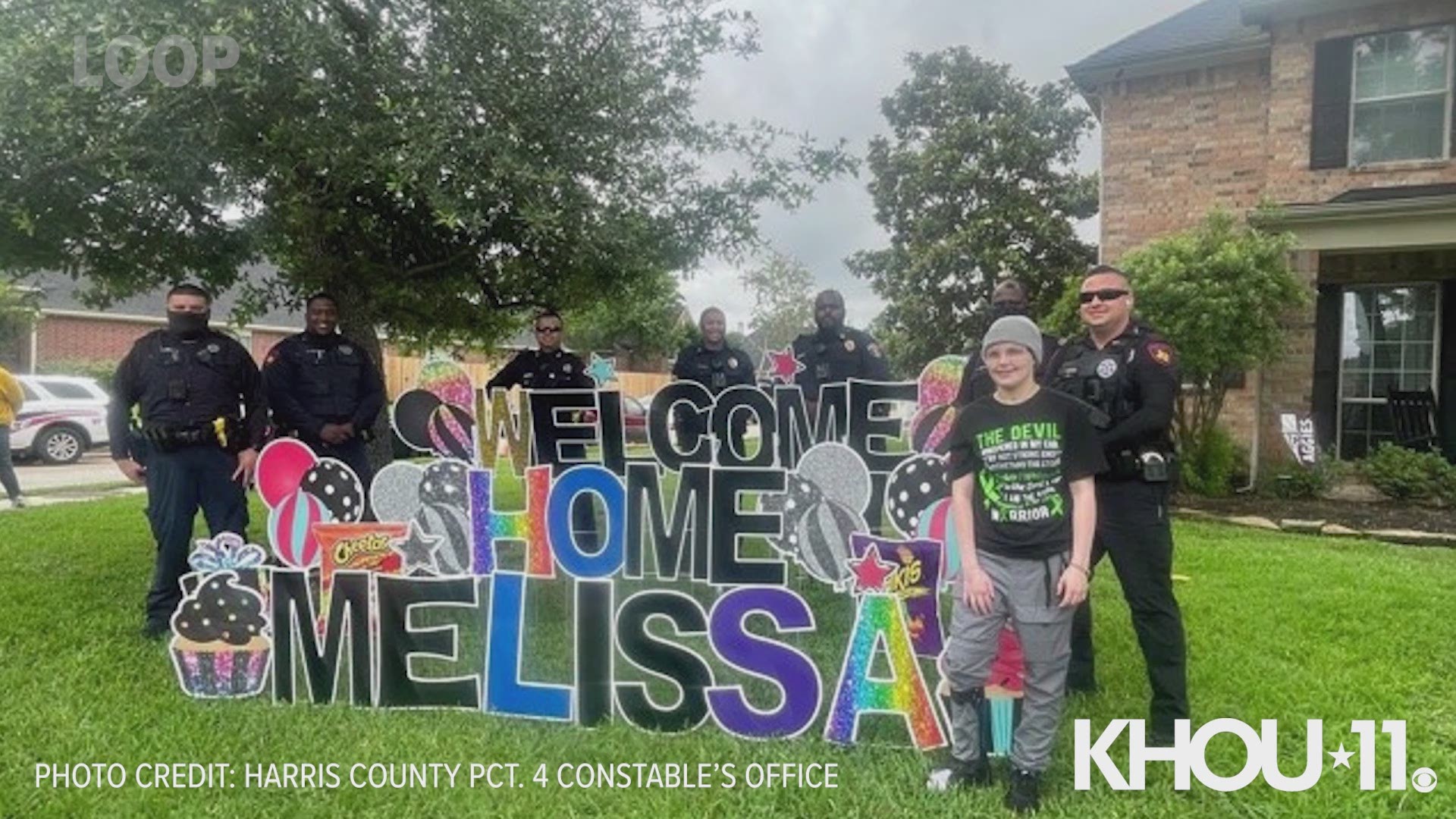 HOUSTON — A 16-year-old girl is finally home in Houston after being struck by a vehicle while bike riding during her family's spring break trip to Florida.

Doctors told the family of Melissa Friels to prepare for the worst.

According to her family, it was only two days into the trip when the teen was badly injured in a crash.

Friels spent the next four weeks in the hospital's intensive care unit before being transferred to TIRR Memorial Hermann in the Texas Medical Center.

But she still wasn't able to return home to her family's house in the Spring area. She'd have to undergo another month of rehab and treatment.

After two months of waiting, Melissa was welcomed home by not only her family but the entire community.

Today, Deputies Gheen, Taylor and Trevino with Constable Mark Herman's Office along with other law enforcement agencies helped escort 16 year old Melissa home after being in rehab for several months after being struck by a vehicle in Florida. pic.twitter.com/sFz2nKG4y8