A 4-year-old girl walked away from Law Elementary in Houston on Wednesday. Now, parents are asking how this could have happened. 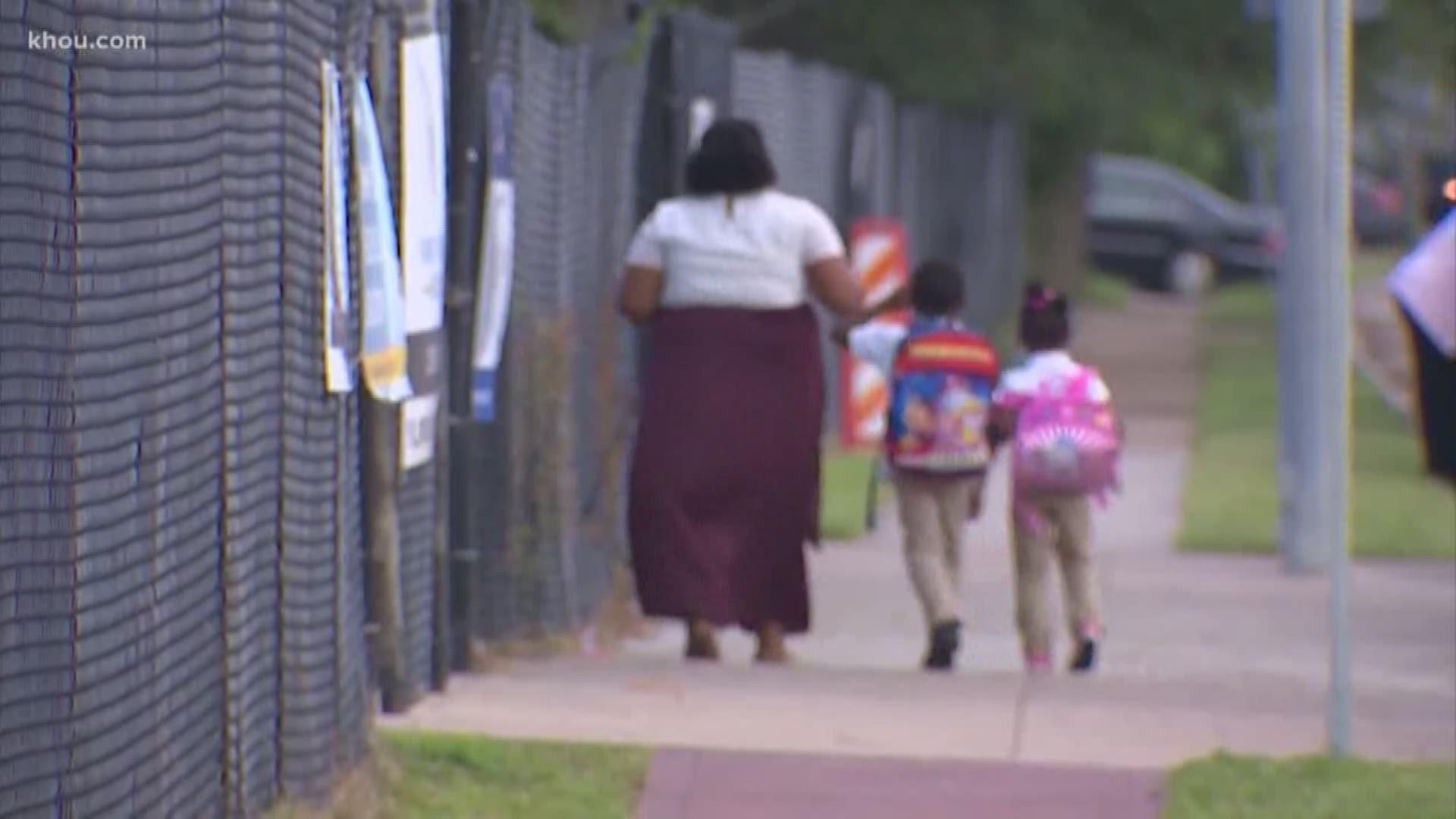 HOUSTON — After a 4-year-old girl walked away from Law Elementary School in Houston Tuesday, parents began asking questions about how that could have happened.

Houston ISD is investigating how the girl was able to leave campus virtually unnoticed. The girl's mother, Ashley Palms, said after seeing the school’s surveillance video and speaking with her daughter, Alyssa, she was able to piece together what happened.

“(The kids in the class) went to the bathroom, and when they came out of the bathroom, everybody was gone out of the hallway,” Palms said. “And (Alyssa) didn’t know where to go, didn’t know how to get back to the classroom, didn’t see anybody. She sat down on the ground and hugged her knees for a few minutes, then she got up and started pushing the doors and walked right out of the school.”

The Houston Federation of Teachers President Zeph Capo told KHOU 11 Thursday it is common for pre-K classes to have a higher than normal student-to-teacher ratio.

"Unlike most parents, most of our teachers are expected to keep up with 22, 24, 26, 28 of these particular students," Capo said. "Common sense says younger kids need more adult supervision."

Capo said state law caps that ratio at 22:1 for grades K-4, but does not include pre-K classes.

"This is one of those things that the legislature should fix. You increase the safety efficacy for the students and the teachers, frankly," Capo said. ”I don’t know if that was the case in this particular school or not, but I know it is happening far more often than it should in pre-K classrooms across the district.”

KHOU 11 reached out to HISD to answer a number of questions, including class size, and is awaiting a response.