Students plan to gather for moments of silence honoring the victims at Columbine and other shootings. 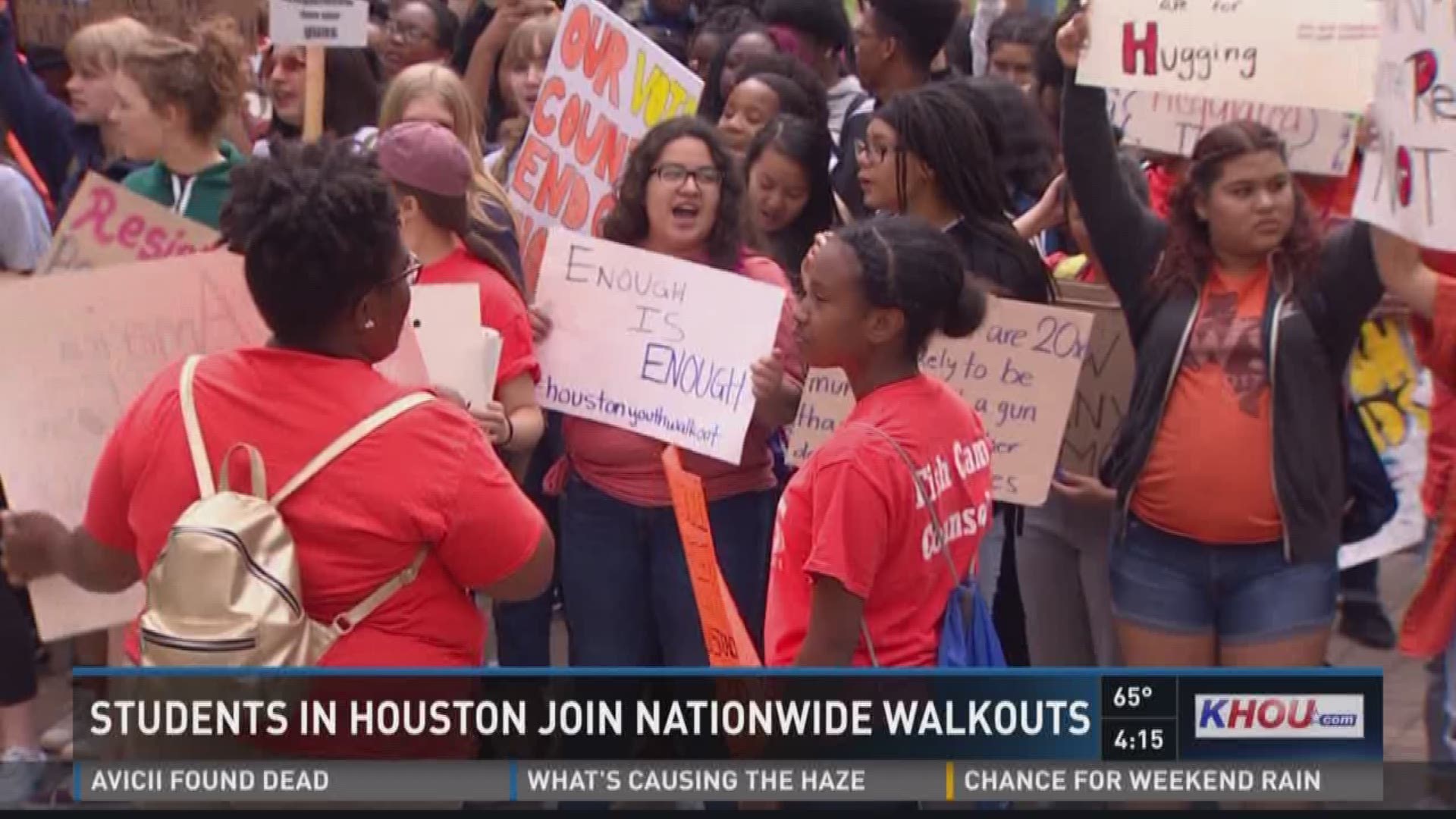 HOUSTON -- Another wave of student walkouts disrupted classes Friday at hundreds of schools across the U.S. as young activists press for tougher gun laws.

In Houston, Air 11 was overhead as some campuses participated in the walkouts, including Northbrook High School in Spring Branch ISD. 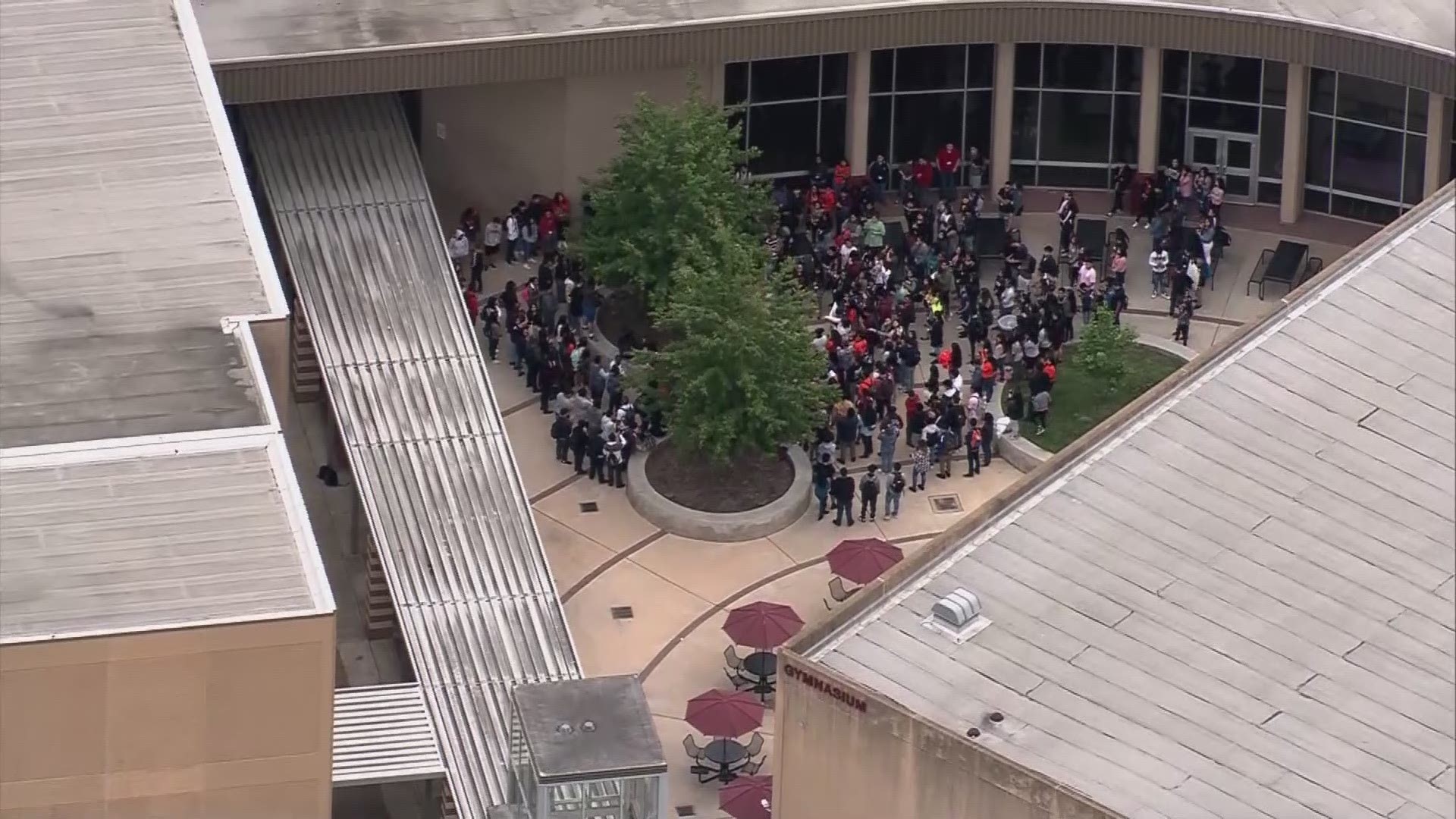 Some parents at other campuses complained their children were forced outdoors to take part in the protest, with school administrators saying it was raising awareness of people who feel isolated or lonely.

At some Houston schools, kids were marching to City Hall in downtown for an 11 a.m. rally.

The Houston Youth Walkout has arrived on the steps of Houston City Hall. Prior to today, Mayor Turner encouraged the students to STAY in school and rally at a time that would NOT disrupt their education. However, the mayor has agreed to meet/speak with the students today at noon. pic.twitter.com/ZpMGNHe3n7— Mary Benton (@IAmMaryBenton) April 20, 2018

The protests were chosen to line up with the 19th anniversary of the Columbine High School shooting, which left 13 people dead in Littleton, Colorado. At 10 a.m., students gathered for moments of silence honoring the victims at Columbine and other shootings.From there, some students headed to rallies at their statehouses. Others stayed at school to discuss gun violence. Some held voting registration drives.

Credit: Courtesy of Tanvi Chidambaram, Custom
Another wave of student walkouts disrupted classes Friday at hundreds of schools across the U.S. as young activists press for tougher gun laws, including those at The Village School.

Organizers say there will be walkouts in every state, with more than 2,600 registered on the event's website as of Thursday. Citywide protests are expected to attract thousands in New York City and Austin, Texas. Police in Richmond, Virginia expected at least 10,000 at the state Capitol.

It follows a wave of youth activism that has emerged after the Feb. 14 shooting massacre at Marjory Stoneman Douglas High School in Parkland, Florida.

Tens of thousands of students left class March 14 to protest gun violence in what historians called the largest youth protest movement since at least the Vietnam War. Days later, hundreds of thousands of teens and their backers rallied across the U.S. calling for tougher laws on guns and ammunition.

Plans for Friday's walkout began only hours after the Parkland shooting, when a Connecticut teen started an online petition calling for protests on the anniversary of Columbine. Sophomore Lane Murdock then gathered a few other students at Ridgefield High School to orchestrate the national protest.

They also have received help from Indivisible, a left-leaning nonprofit based in Washington that helps boost grassroots activism. The group says it was formed after the 2016 election to oppose the policies promoted by President Donald Trump.

"We're walking out to remember every single young person who has been killed by American gun violence," Murdock said in a statement Thursday. "We're walking out to talk about the real problems our country is facing, and the solutions that our leaders are too scared to dream up." 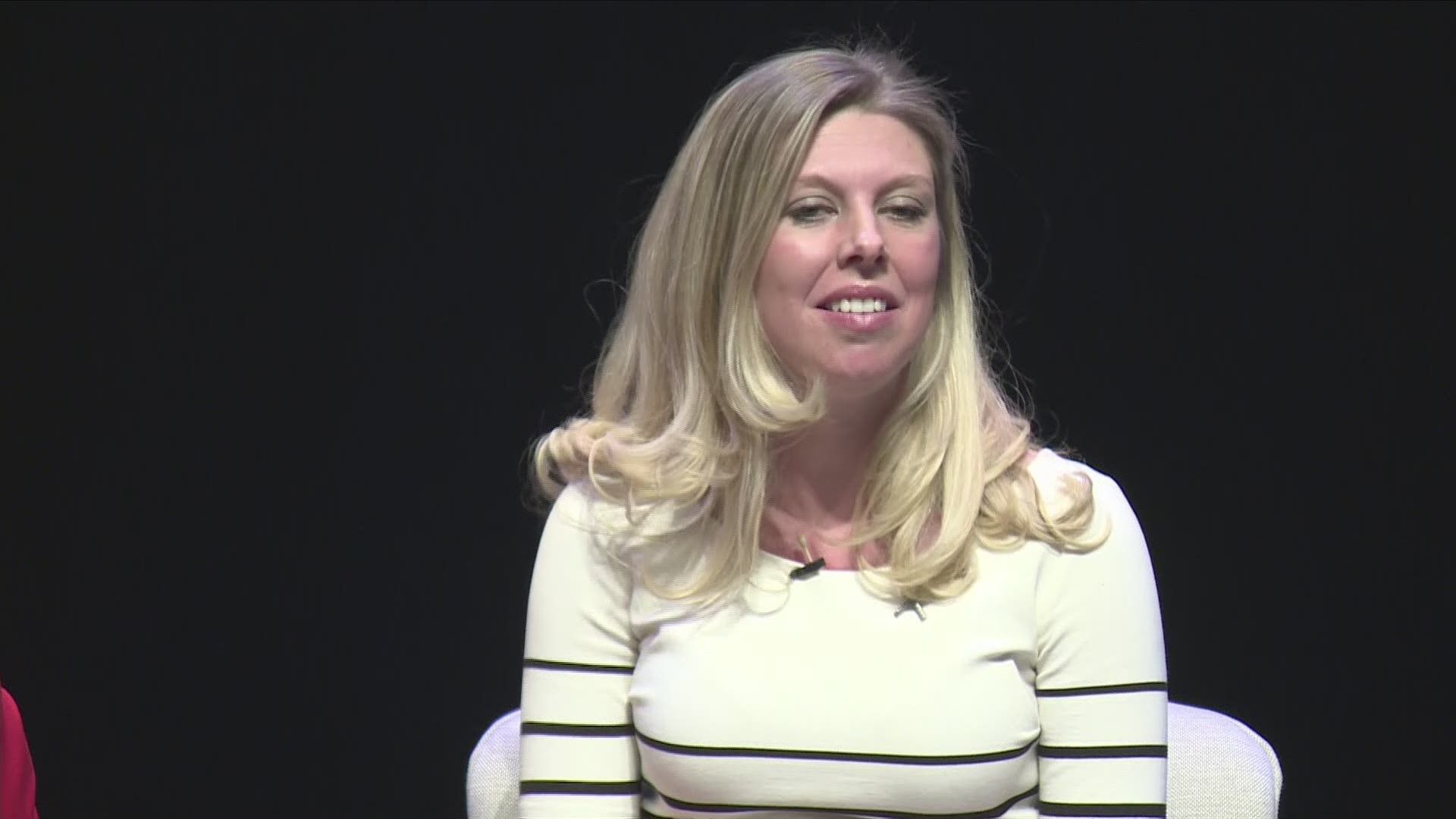 Administrators at many schools tacitly allowed the walkouts in March, opting not to punish participants. But some now say the leniency has expired.

At a town hall Monday, the chancellor of New York City's education department urged students not to walk out on Friday.

"You don't need to be out of school all day to make your voices known," Chancellor Richard Carranza told students at Brooklyn Technical High School. "You've already made your voices known. So I'm going to ask you to stay in school."

Even so, students at many New York schools are planning to rally at the city's Washington Square Park.

Some schools in Houston and elsewhere will give students time to share their views but have warned them not to leave campus or return to class late. Some others are holding alternative events after school. Many have simply said students are expected to stay in class throughout the day.

Students in the Washington area are planning to march from the White House to the Capitol building, where they will rally and deliver letters to Congress calling for greater gun control.

In Littleton, some survivors of the Columbine shooting planned to join with Parkland survivors for a vigil and rally Thursday evening. But there will be no walkout at Columbine, which has long canceled classes on the anniversary of the shooting. Instead, students will be called to participate in a day of service.

Principal Scott Christy said in a letter to other schools in his district that April "has long been a time to respectfully remember our loss, and also support efforts to make our communities a better place."

(The Associated Press and KHOU 11 contributed to this report)