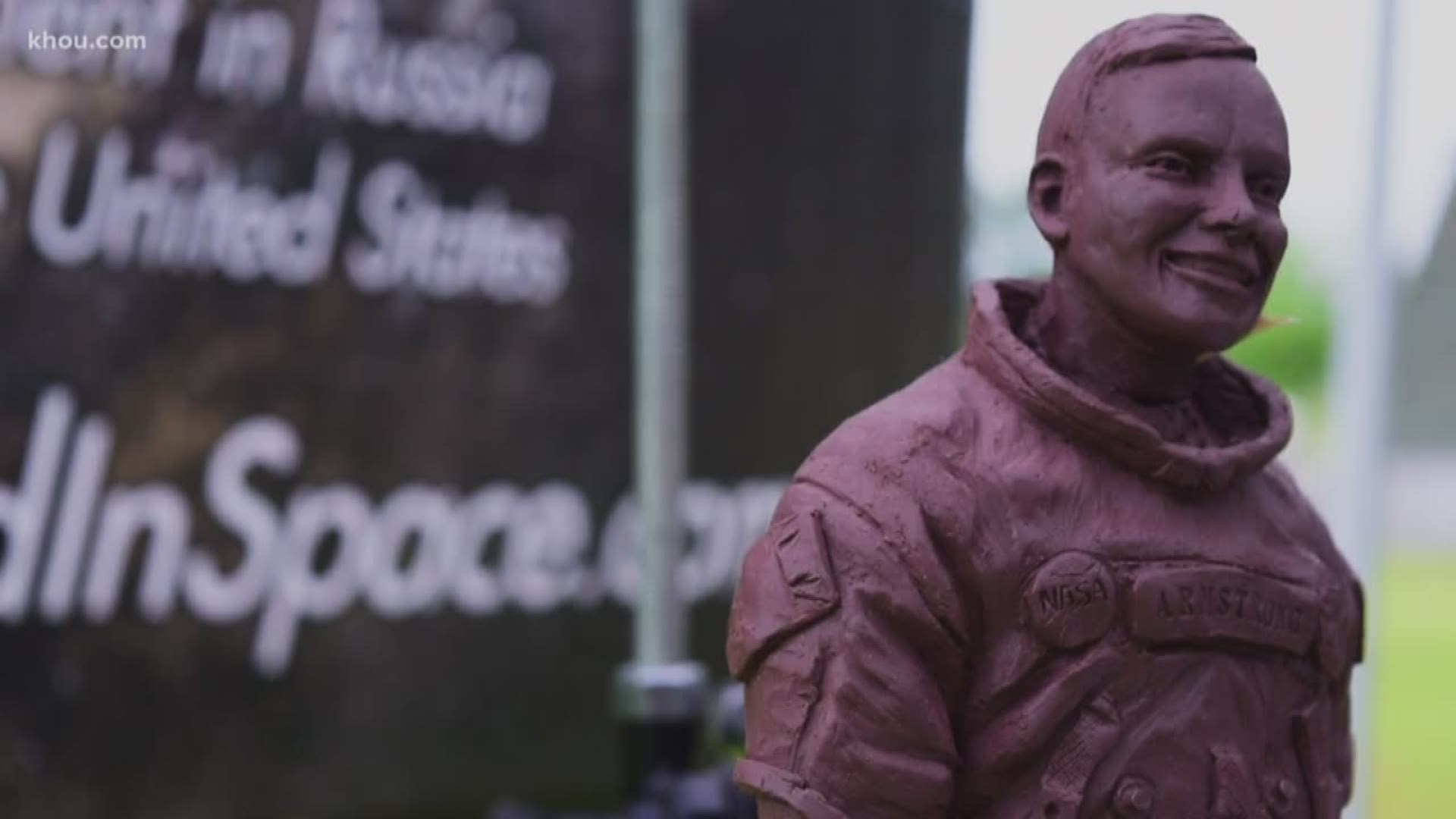 The group, United In Space, announced its plans to send a life-sized bronze sculpture of Neil Armstrong to Russia and Space Center Houston.

In 2012, a sculpture of cosmonaut Yuri Gagarin was give to the City of Houston in celebration of man reaching outer space.

“Since Yuri was placed here, we decided we’d really like to get Neil Armstrong on Russian soil,” said sculptor Bridgette Mongeon.

Gagarin’s offering was a symbol of post-Cold War friendship with the U.S. and Russia. Sophya Tabarovsky was born in Russia and has lived in the Houston-area for 30 years.

“People have to be friendly to each other,” Tabarovsky said. “Regardless of politics.”

Mongeon’s 10-inch clay mock-up of Armstrong will progress into two life-sized bronze creations when the group reaches its $200,000 donation goal.

“This is really an exciting time to pull that together and give this to Russia and have our astronaut on their soil,” Mongeon said.

Once they have the funds, it will take about nine months to create both sculptures.