Houston police posted surveillance video of the suspect who is accused of robbing and kidnapping an older woman working alone at an Uptown office building. 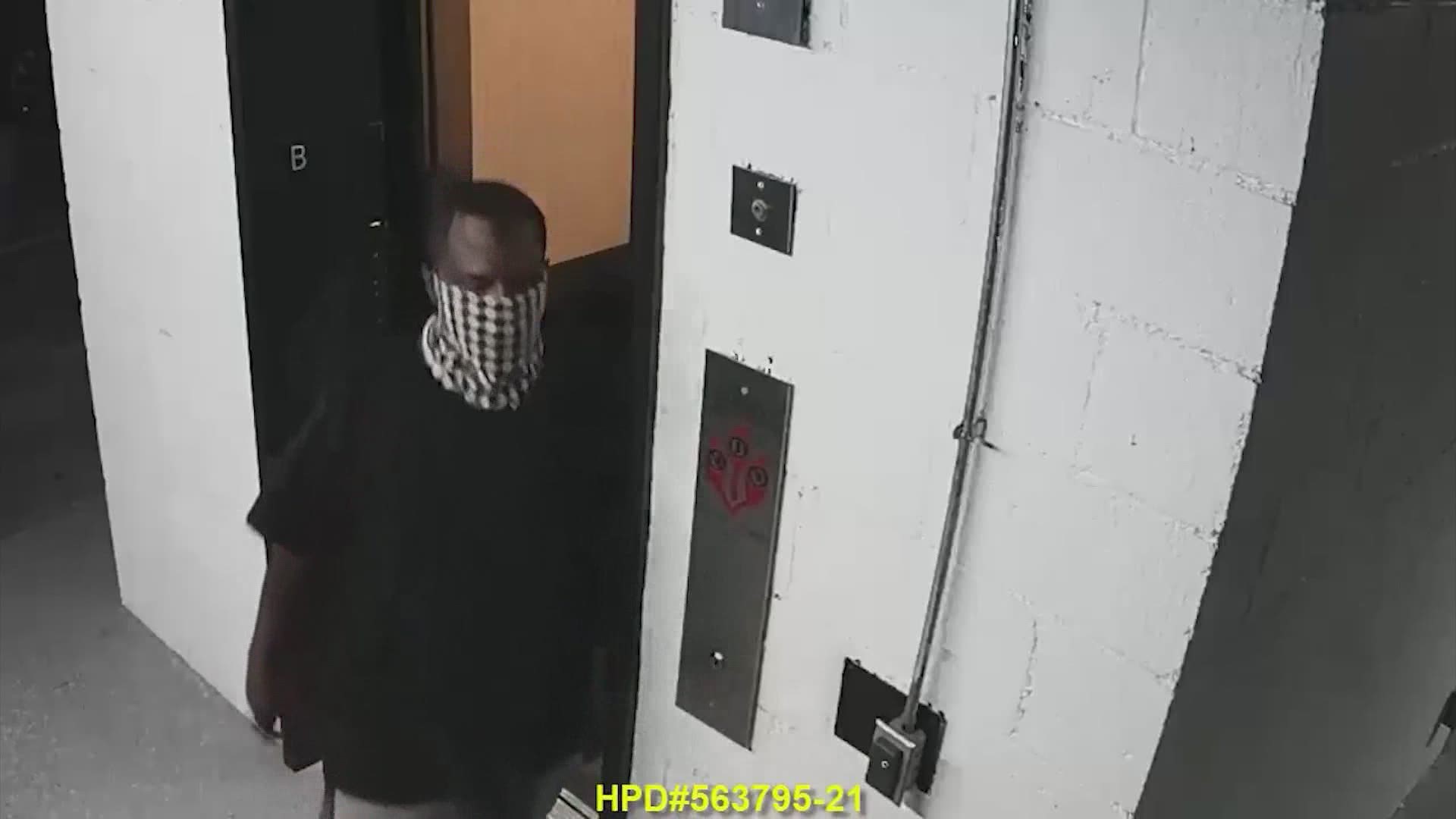 HOUSTON — A woman was allegedly robbed and kidnapped at her office, and Houston police say her alleged assailant was caught on camera moments before the assault.

Investigators posted surveillance footage Wednesday showing a masked man entering the building in the Uptown area around 5 p.m. on April 28.

In the unsettling video, he is also seen following closely behind the woman as he exits the elevator. Footage of the actual crime was not released.

Police said the man grabbed the woman, who was at the office alone, by the neck and demanded her purse.

“I unlocked my office door and I was not even around my desk and someone was grabbing me from behind,” the victim said. “He did a bear hug on me and said he wanted my purse.”

She removed the bag from a desk drawer and handed it to him, according investigators.

“Then he asked me if I had bank card. And I said yes,” she explained. “He said we are going to the bank," the victim said.

He is accused of stealing her money and then forcing the victim to drive him to the bank, where he allegedly made the victim withdraw $500 from her account.

He then instructed the victim to drive him back to the building, where police said he took a picture of the woman's driver's license with his phone and then threatened to come back and hurt her if she "did anything stupid."

“I think crime is just up here. And people need to be aware, not only pay attention, you need to think,” the victim said. “You need to decide what to do if something happens because it can happen in a split second.”

According to the police department, the suspect left in his own vehicle described as an older, small and silver car. The suspect is believed to be between 20 and 25 years old. He is between 5-foot-8 and 5-foot-10.

“It’s a really troublesome case that it didn’t stop at a robbery this one actually went a step further and became a kidnaping as well,” Senior Police Officer Jeff Brieden, HPD Robbery Division, said. "She is not able to defend herself cause she is an elderly female by herself not knowing what this guy is capable of. This guy is nothing but a coward. We want to take care of him. We want to find out who he is so we can take care of him.”

Call Crime Stoppers of Houston DIRECTLY if you have any information related to this investigation. Information leading to the charging and/or arrest of any felony suspects may result in a cash payment up to $5,000. Tipsters MUST contact Crime Stoppers DIRECTLY to remain anonymous and to be considered for a cash payment by calling 713-222-TIPS (8477), submitting an online tip at www.crime-stoppers.org or through the Crime Stoppers mobile app.