Trae told KHOU 11 he visited the spot where George Floyd died while in Minneapolis Police custody. 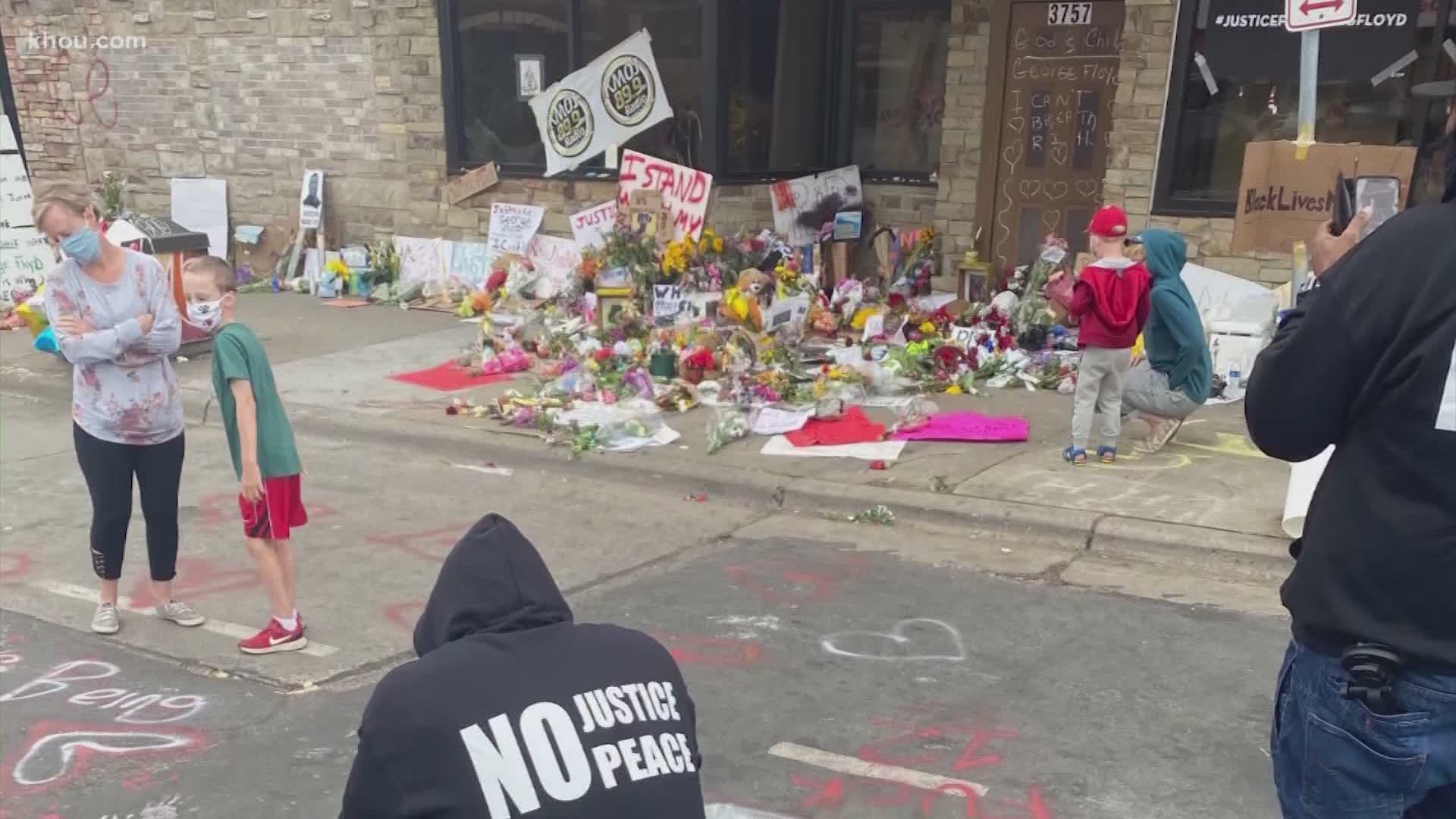 "George was one of my homies," Trae said. "It's a tragic situation to watch someone be brutally murdered."

Trae tha Truth said Floyd would come to many of his community events in Houston's Third Ward, including Trae Day.

"He'd always be out there and take part with all of us, too, so we know each other real well," he said.

Trae said when he was banned from the radio, Floyd stood with him.

He visited the site where Floyd died, and participated in a press conference and rally as well.

"That's the hurt but the happy part, to see that you can spark something within people to make people stand up because we have to stand up," Trae said.

RELATED: 'Stand strong, stand together': Former NBA player Steven Jackson on a mission to get justice for George Floyd

Trae said he feels the third-degree murder and manslaughter charges against former Minneapolis Police officer Derek Chauvin are not commensurate with Floyd's death in their custody and the officer's actions. Cell phone video shows Chauvin kneeling on Floyd's neck while Floyd is laying supine in handcuffs.

"Everybody who took part is guilty. There's no way around it," Trae said. "I hate that he had to lose his life for people to finally get the courage to stand up, but the truth is he's the one that's sparking everybody to stand up."

Trae is asking people to write to the governor of Minnesota to appoint the Attorney General in charge of Floyd's case. He said he feels the District Attorney is not taking the case seriously.

"I think we need to put pressure on the governments to make sure that they can appoint the Attorney General, someone who's going to have a fair mind," he said.

Trae said he plans to go back to Minneapolis in the next few days.

The Houston NAACP is planning a "peace and justice" rally for Sunday at Houston City Hall. No time has been announced yet.

RELATED: 'Justice for George Floyd' is largest-ever US petition on Change.org