Houston Mayor Sylvester Turner pulled out all the stops to impress the group in charge of selecting future host city for 2020 DNC convention. 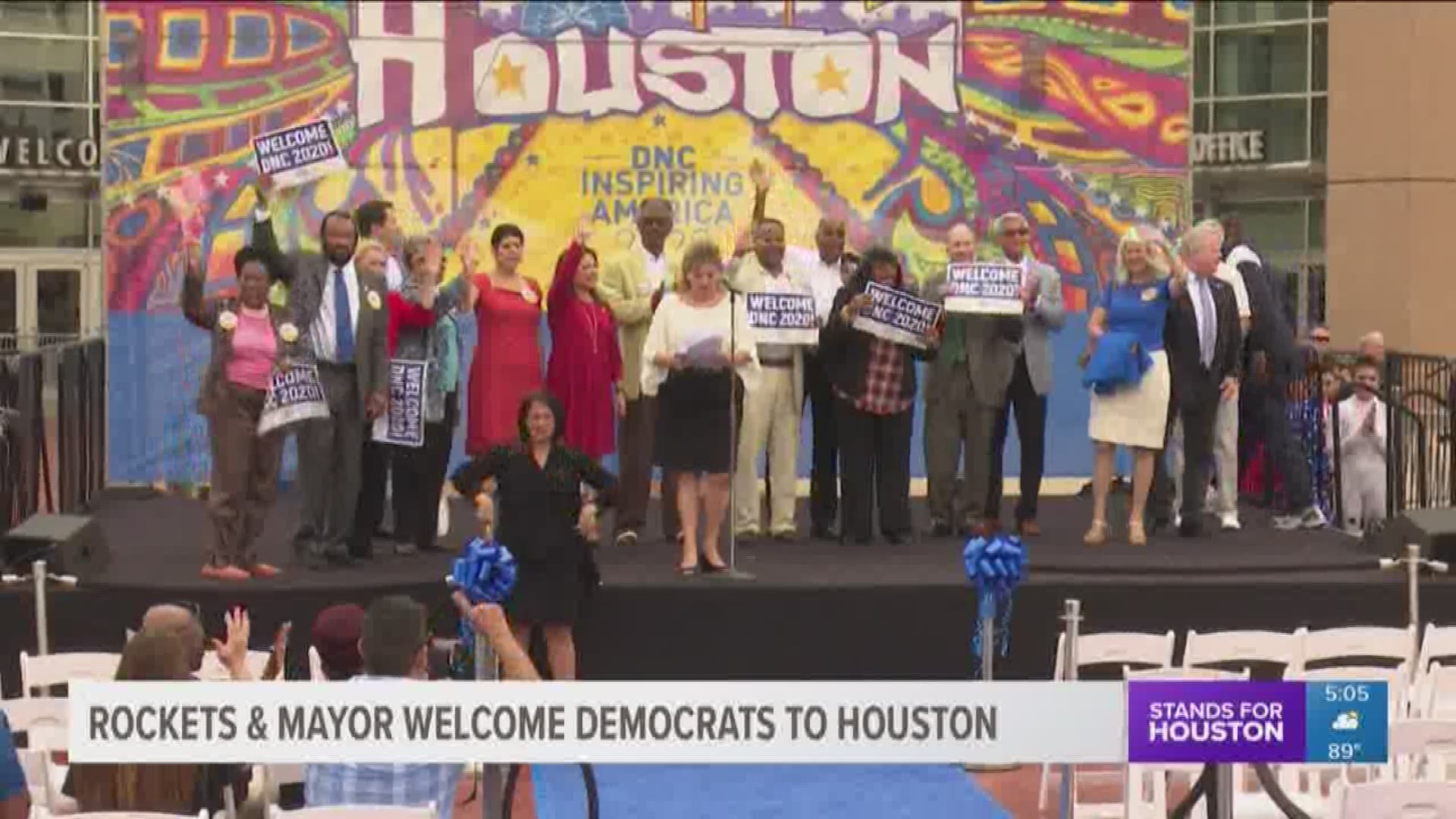 That’s the motto behind the City of Houston’s bid to host the Democratic National Committee’s convention in 2020.

Houston Mayor Sylvester Turner pulled out all the stops to impress the group in charge of making that decision.

The spirit behind what makes Houston so special and diverse was on full display outside in downtown Houston.

Members of the DNC’s technical advisory group were welcomed in true Texas style.

The committee members were escorted in by Houston Police and the University of Houston marching band.

They will be checking out facilities like the Toyota Center as well as housing, transportation, security and media accommodations.

“When you have more than 15,000 reporters coming from all over the globe showcasing our city, marketing our city, the PR is immeasurable,” Mayor Turner said. “This eventually could leave more than $200 million in the city of Houston.”

Some local heavyweights like Houston Rockets James Harden and Chris Paul used their star power to show the committee the city has what it takes and more.

Thad Brown, president of the Rockets said, “James and Chris wanted to come out and say thank you for being here and thank you for looking at Houston and realizing that this is definitely the place to be.”

The city promises to make 2020 the best convention the DNC had ever had.

Jess O’Connell with the DNC said, “One thing I’ve learned in the 12 hours or so is Houston doesn’t do anything small.

DNC co-chair Jaime Harrison said this city represents what the Democratic party and the rest of America really looks like.

Harrison said, “We get one time every four years to really show who we are as a party, and so the city that hosts that big extravaganza also has to reflect the attributes of the party as well.”

O’Connell added, “That’s what we’re looking for. This is a time where we need hope, and opportunity and to be moving forward and we’re looking for a city that can not only meet our logistical needs but can help us put our next foot forward in terms of vision for America.”

A decision on who will host the 2020 convention will be made early next year.

Milwaukee and Miami Beach are also in the running.

Former President George H.W. Bush has voiced his support for the city’s bid to host the convention.