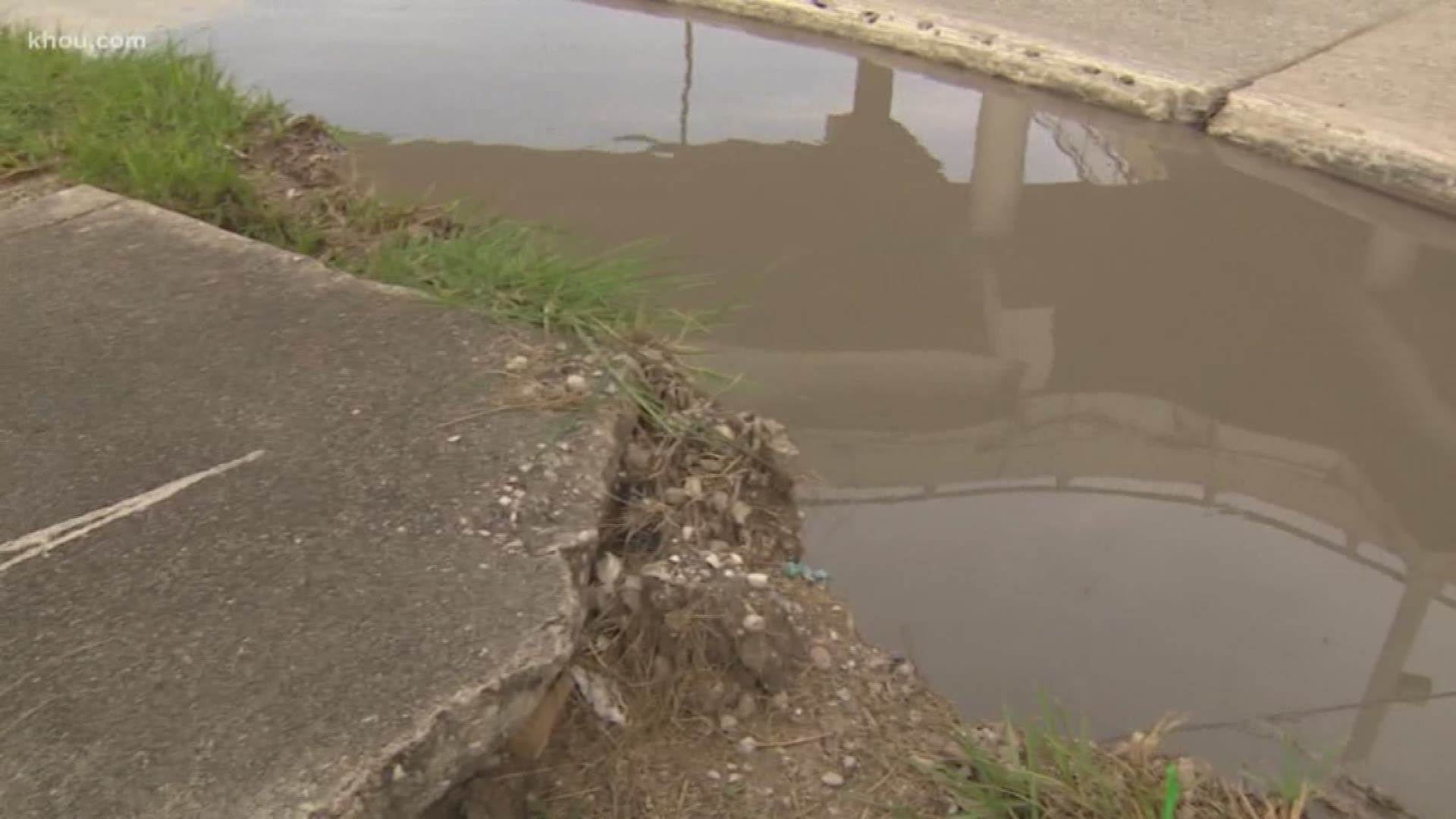 HOUSTON — Patrick Henry Middle School’s namesake famously said “give me liberty or give me death.”

But freedom from a hazardous walk home is what its students will get thanks to their principal.

"While instruction is important, safety has to be number one," said principal Jason Davila. "And students have to feel safe in order to have the success.”

Principal Davila posted a tweet Tuesday night asking for help fixing what he called a “sinkhole” and broken sidewalk next to the school at the corner of Hardy Street and Little York Road.

“I appreciate him being concerned about his kids,” said Harris County Precinct 2 Commissioner Adrian Garcia.

Garcia was among those who responded to the tweet and showed up in person on Wednesday.

It was easy to see the potential hazard from the hole that looked more like a pond.

Garcia said it was technically in the City of Houston’s right-of-way. However, his crews were on the scene minutes after our interview.

Houston Public Works arrived shortly after Precinct 2 and promised to see the project through.

Patrick Henry’s determined leader could not have been happier.

"A lot of times, the kids know what they need, but they don’t know who to go to," Davila said. "So as a principal, simply sending out a tweet or asking for help can make a world of difference for the school.”

Meanwhile, the City of Houston continues to stress that dialing 311 also remains an effective way to report issues like these.