“For less than 20 bucks, I can almost guarantee your tailgate won't get stolen," said HPD Sgt. Tracy Hicks of a safety device that attaches to a truck. 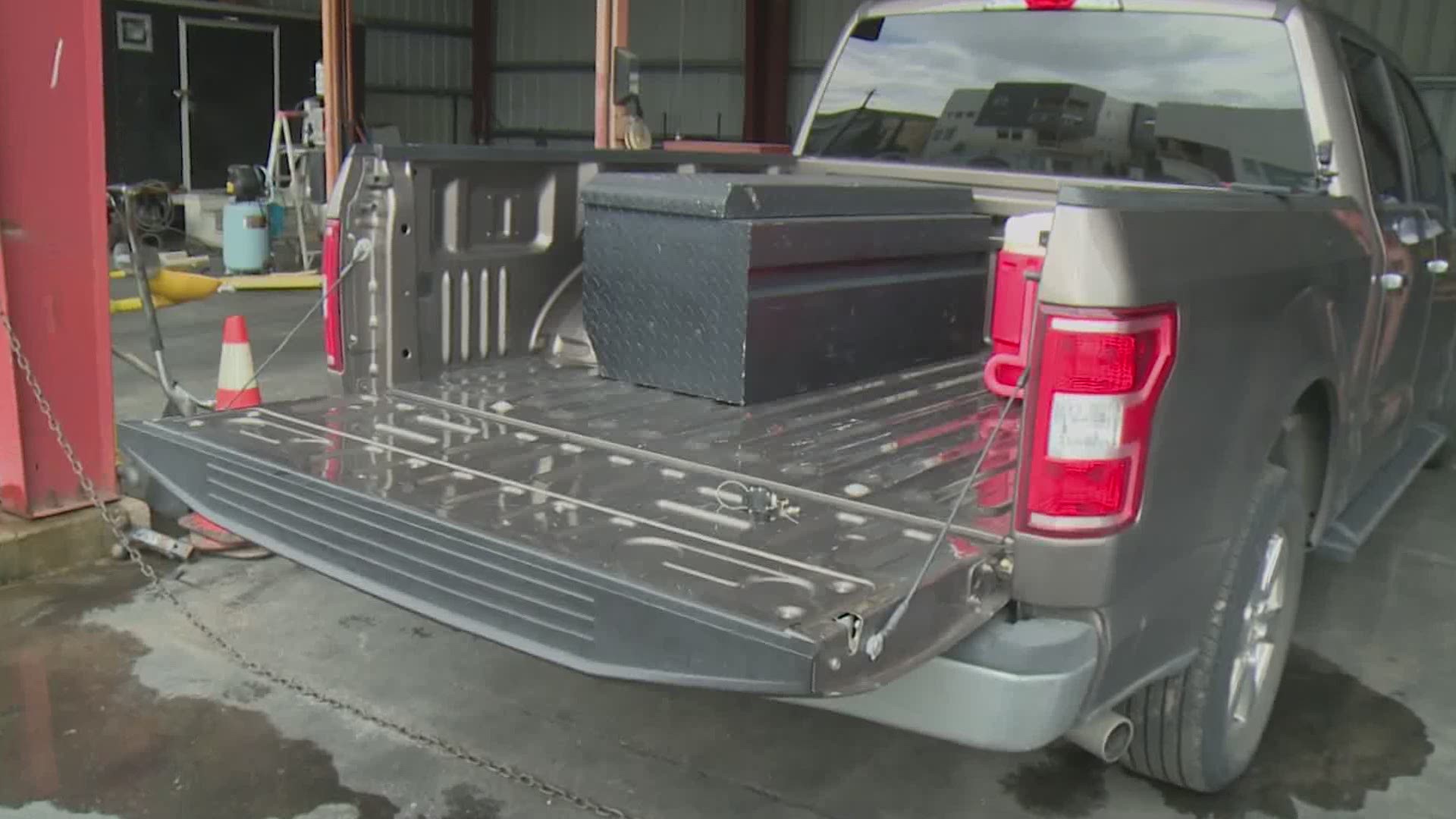 HOUSTON — A man accused by Houston police of selling stolen tailgates was shot overnight on the city’s northwest side.

Police say someone drove up and opened fire as the man was trying to make a sale along Wirt Road at Amelia. Doctors told police the man is expected to survive his injuries.

Replacing a stolen tailgate can cost a person thousands of dollars. It’s an unexpected cost that all Texas drivers should care about. The Texas Department of Insurance confirms auto thefts and burglaries are up across the state.

A spokesperson for TDI says it’s too soon to tell how or if the rise of in thefts will impact your next car insurance rate. But there’s always a chance the crime trend could drive prices up.

“We still have plenty of plenty of people out there stealing tailgates,” said Hicks of the crime that targets tailgates equipped with expensive safety technology. “All trucks now have backup cameras integrated into their systems,” which can cost thousands of dollars of replace.

Sgt. Hicks says while a couple of truck makers have started marking tailgates with a vehicle identification number, “the problem is a lot of them are not.”

“So what we're trying to do is get people to actually mark their own,” said Hicks of his effort to encourage truck owners to etch in their vehicle’s VIN into the tailgate or lock it up. “For less than 20 bucks, I can almost guarantee your tailgate won't get stolen.”

With the help of a key, a clamp locks around the tailgate hinge.

“So preventable and so inexpensive,” said Hicks of the security device that deters criminals who are looking to make a quick and easy theft.

After-market security devices are among the suggestions Hicks made during a podcast with the Texas Department of Insurance earlier this year.

“If you have a truck, put a hinge clamp on there, and you're good to go," Hicks said.

A $20 option that could save truck owners thousands.

Houston police also suggest truck owners manually lock their tailgates. Use the key that comes with your vehicle.

If your tailgate doesn’t have a lock, it is possible to have one added.

Be mindful about how you park your truck. Police recommend you park your tailgate up to a fence, tree, garage or another vehicle in your driveway. Park as close as possible to the object so the tailgate cannot be lowered.

Mark your tailgate with your driver’s license number or vehicle identification number. If the tailgate is stolen and later recovered by police, the unique marking can help police return the tailgate to its rightful owner.