Officer Leal, 60, died on Nov. 27 after battling the coronavirus since October. 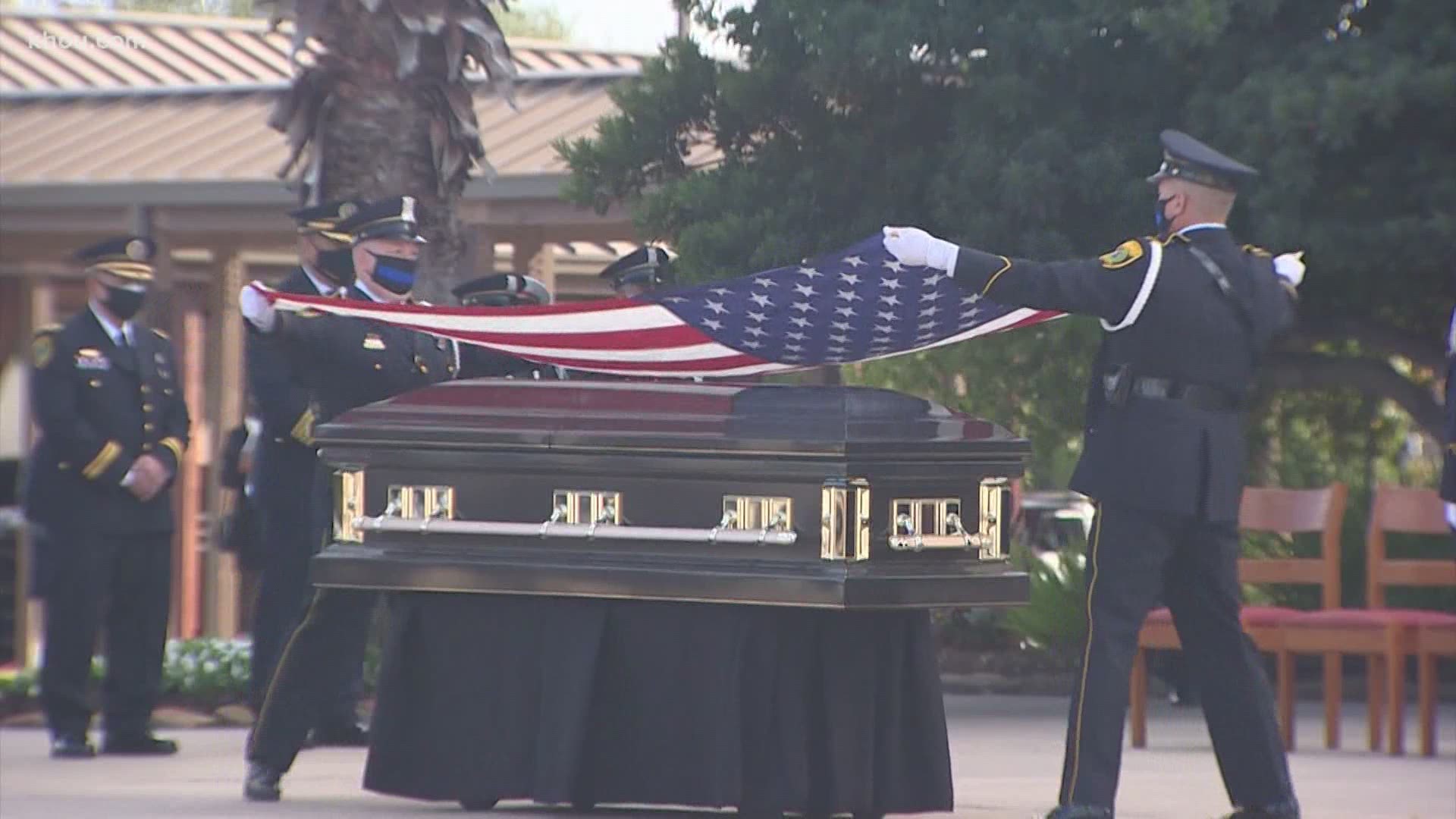 The private service was held this morning at Christ the Redeemer Church at 11507 Huffmeister Road.

Officer Leal, 60, died on Nov. 27 after battling the coronavirus since October.

Officer Leal had served with HPD since 1984. He started his HPD career in the Northeast Patrol Division and in the Jail Division. He moved to the North Patrol Division in 1989 where he had served ever since. Officer Leal was a part of a 13-person Differential Response Unit which focuses on getting to the root of public nuisance crimes like illegal gambling, illegal dumping and illegal massage parlors.

Retired Lt. James F Gause III talked about Leal’s strong tradition of volunteering; working at the Houston Food Bank, at his church, coaching youth soccer and helping his fellow officers. Gause referred to “his common practice of working extra hours and donating his work time to officers who are sick or who had a family crisis.”

Fellow officer and HPD Chaplain Vincent Johnson recalled highlights of Leal's 36-year career, talking about how he had mentored many young officers.

“I know this to be true because I am one of those rookies police officers trained by Leal," Johnson said. “Rest well, brother. You definitely earned it.”

HPD Chief Art Acevedo recalled meeting the Leal family 4 years ago, when Leal was hospitalized fighting another battle. On this day though, the chief ordered Leal’s End of Watch radio call. That was followed by a 21-gun salute and Missing Man flyover.

On Sunday, Officer Leal was honored with a procession from HCA Houston Healthcare North Cypress hospital to the Dignity Care Center.

At the end of the procession, Executive Assistant Chief Matt Slinkard spoke about Leal's contribution to the Houston Police Department and his community.

"Nearly four decades of selfless service. That’s what a hero is about," Slinkard said. "For 36 years, he defined building others up according to what they needed, building this community up, going out every single day and serving for the sole purpose of making a difference."

Officer Leal leaves behind his wife, Dee, and children Victor, Veronica, Virginia and Vannessa. He is also survived by his mother, Rosa, two brothers, David and Marcus, and sister, Brenda. Officer Leal was preceded in death by his father, Ernest.

Officer Leal and Dee, a retired Houston police officer, are community volunteers. Officer Leal often connects with neighbors through National Night Out events. Earlier in the pandemic, he attended a vehicle parade in the Shepherd Forest Subdivision.

Officer Leal is HPD’s fifth line-of-duty death in the past year and the department’s first from COVID-19. Over the past few weeks, local law enforcement has lost several officers— some taken while in the line of duty and others to the coronavirus.

At least four COVID-related deaths of officers have been confirmed this year, including three veteran Harris County sheriff's deputies and a Harris County Precinct 5 constable deputy.