HPD Officer Earnest Leal has been in the hospital for several days now fighting for his life. 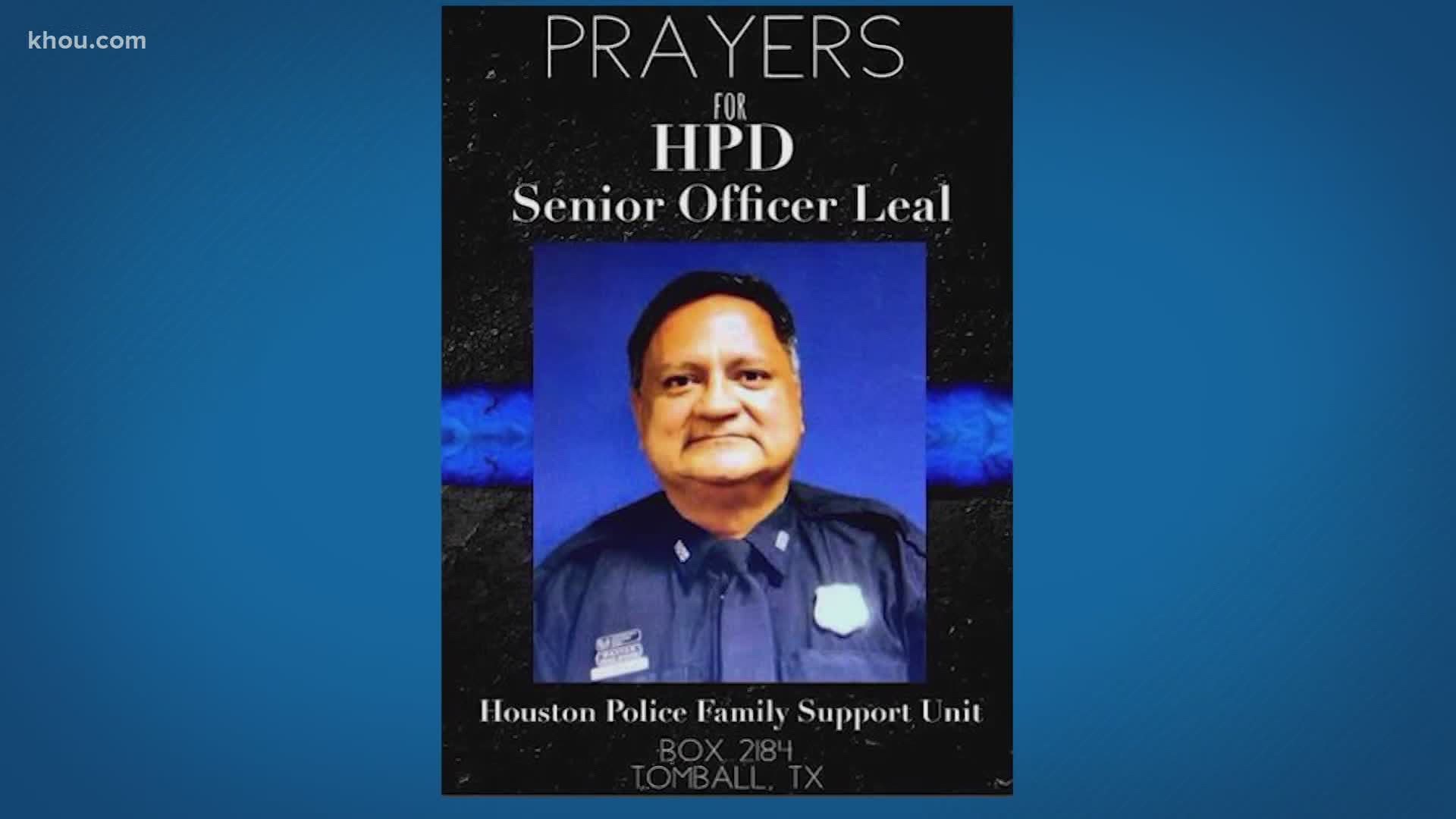 HPD. Lt. Jose Rosas works with Leal at the North Patrol Station off W. Montgomery Road. Rosas calls Leal a friend and devout Catholic who believes in the power of prayer.

"We’re asking for the public to join us in prayer," Rosas said. "He would not want this spotlight on him. He would rather it be turned around to help the community."

Leal and his wife Dee, a retired Houston police officer, are community volunteers. Leal often connects with neighbors through National Night Out events. Earlier in the pandemic, he attended a vehicle parade in the Shepherd Forest Subdivision.

Leal has worked nearly his entire 36-year career on the city's northside. He's a part of a 13-person Differential Response Unit which focuses on getting to the root of public nuisance crimes like illegal gambling, illegal dumping and illegal massage parlors.

"He came in, day in and day out and wanted to do his job," Rosas said.

The other six recovered and returned to work, according to Rosas. "It's kind of surreal. Ernie is in very grave, critical condition."

Rosas says 7 members of a differential response unit, including Rosas, got #COVID19.

All of them recovered, returned to work, except Leal.

He's hospitalized.
Rosas is asking you to pray for his friend.🙏🏽#khou11 pic.twitter.com/lRASYo0EUM

Harris County Sheriff Ed Gonzalez tweeted Saturday that Leal had contracted the coronavirus and he is praying for him in his health struggle.

Praying for my friend, Houston Police Officer E. Leal in his battle against COVID_19. He’s a good man. He’s one of the first persons I met when I began my police career. pic.twitter.com/xQtqH7PB4h

"He's a good man," Gonzalez said. "He's one of the first persons I met when I began my police career."

Earlier last week, HPD Chief Art Acevedo tweeted that the officer's condition was dire. In his post, the chief asked for prayers. Acevedo followed up Saturday with another tweet, saying Leal was still fighting.

"[Leal] was not supposed to survive the night two nights ago," Acevedo said. "We asked for prayers and he is still with us fighting COVID-19. Please pray and pass to everyone you know. Thank you in advance."

Officer Ernest Leal was not supposed to survive the night two nights ago. We asked for prayers and he is still with us fighting COVID-19. Please pray and pass to everyone you know. Thank you in advance. https://t.co/R6ybQBPyQs

WHERE TO SEND 'GET WELL SOON' CARDS FOR HPD OFC. LEAL:

"We’re hoping and praying that he pulls through," Rosas said.

Over the past few weeks, local law enforcement has lost several officers— some taken while in the line of duty and others to the coronavirus.

At least four COVID-related deaths of officers have been confirmed this year, including three veteran Harris County sheriff's deputies and a Harris County Precinct 5 constable deputy.