Houston police say a male driver died at the scene. Two officers were also being taken to a local hospital and are expected to survive. 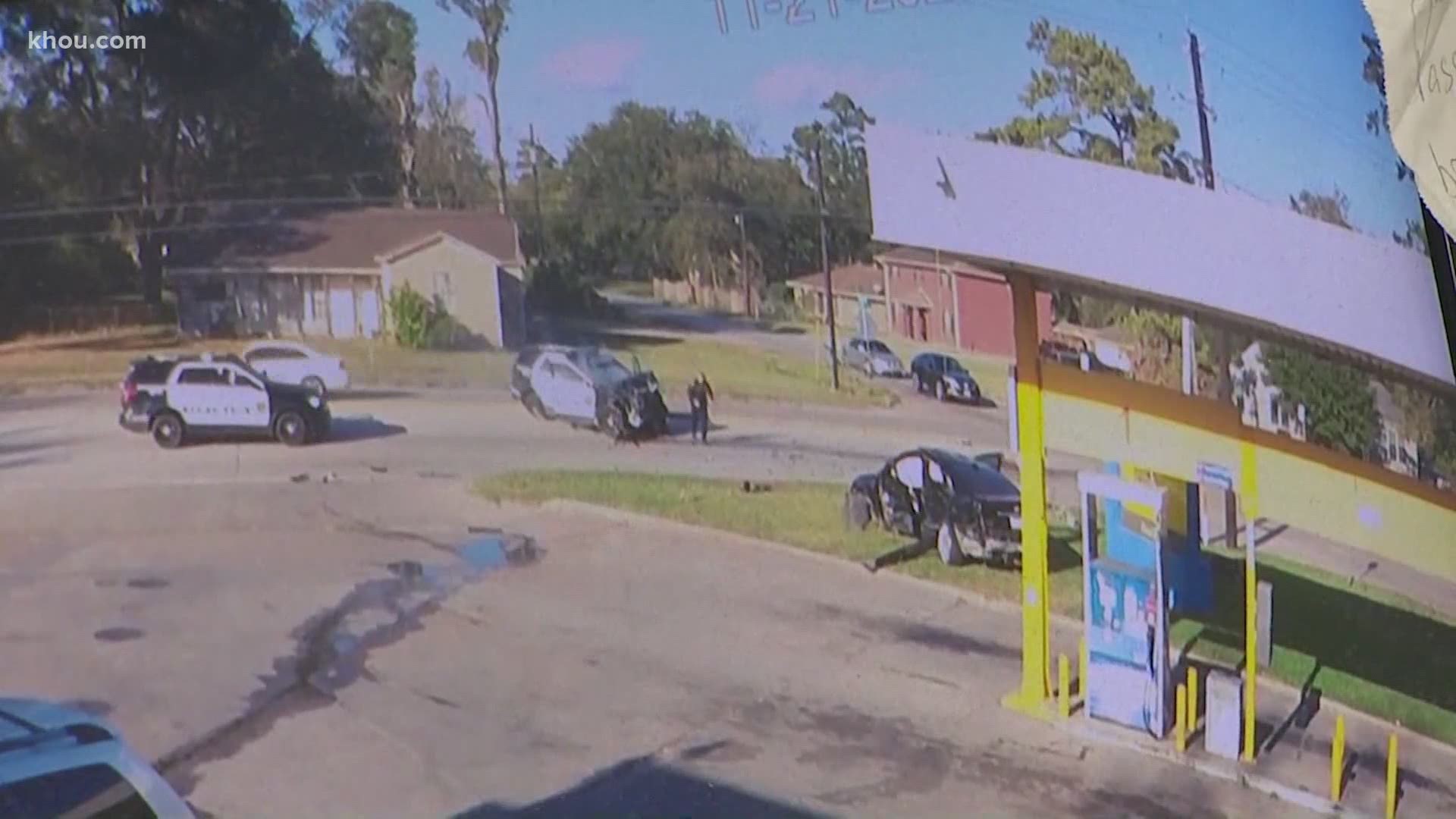 HOUSTON — A man died, and two Houston police officers were injured after a violent crash in northeast Houston Saturday afternoon.

A gas station surveillance camera captured the moment the driver of a black Cadillac tried to enter Ley Road before being T-boned by a Houston police patrol unit.

This happened just after 3:30 p.m. in the 7300 block of Ley Road. The driver of the Cadillac was heading south on Darien Street when the collision occurred.

After the collision, officers rushed to the man’s vehicle to check on him, before he was eventually transported to a local hospital where he was pronounced dead.

Police said the officers were responding to a weapons disturbance before crashing into the Cadillac. They added the a patrol unit did not have it lights or siren on.

The driver of the Cadillac died at a local hospital.

The identity of the driver who died has not been released as HPD is still working to notify next of kin.

HPD commanders & PIO are en route to a fatal crash at 7300 Ley Rd involving an HPD patrol vehicle and a male motorist about 335 pm.

Sadly, the motorist is deceased. 3 officers are being taken to a hospital for non-life threatening injuries. Please avoid the area. #hounews