In a world where kids could literally be doing anything else between 5 p.m. and 7 p.m., they're choosing to hang out with cops. 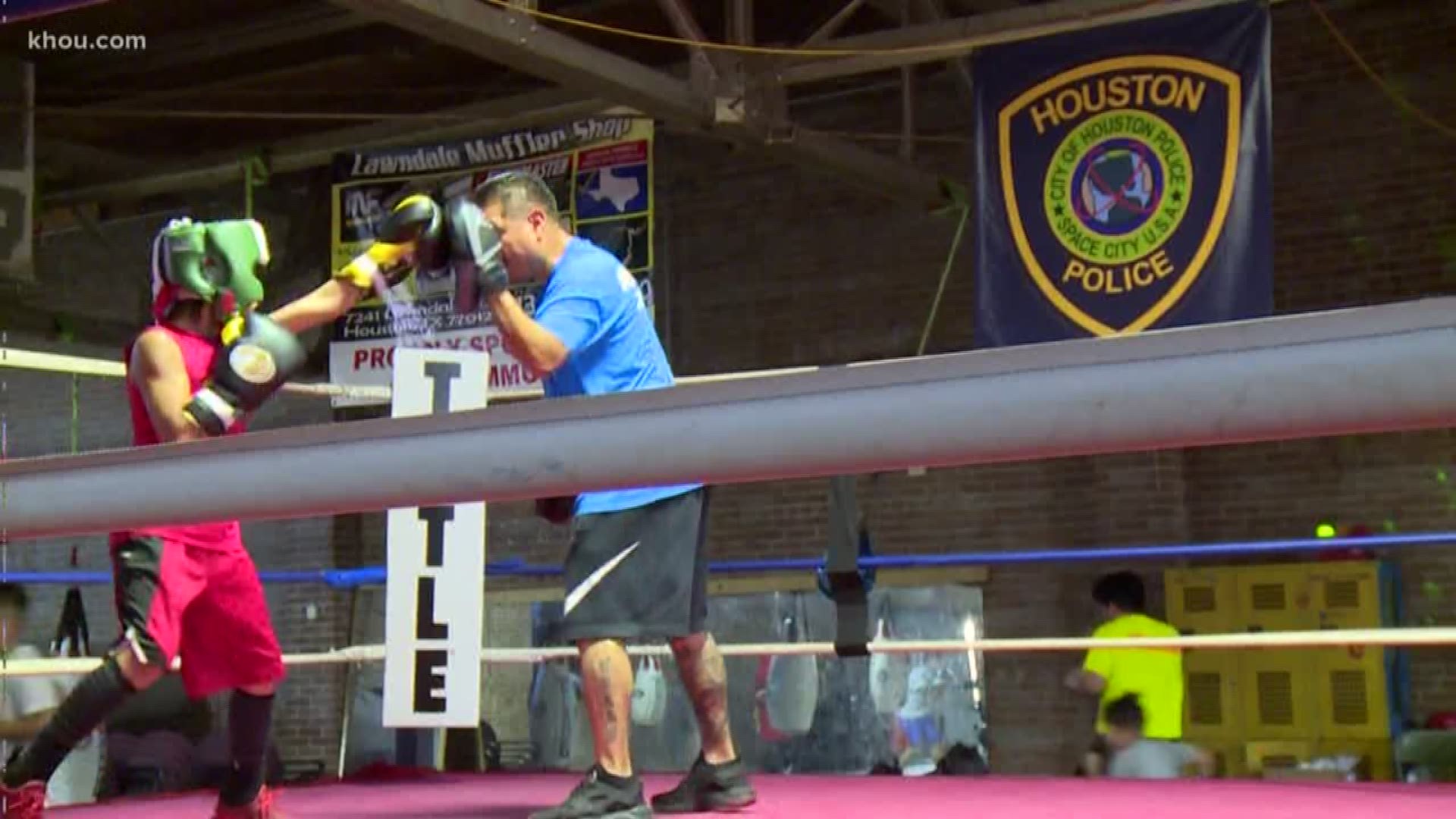 HOUSTON- A group of officers with the Houston Police Department are trading out their badges for boxing gloves. They're climbing inside a boxing ring at the Knockout Factory in east downtown to ease the stress of their job. But in helping themselves, they discovered they're helping neighborhood kids too.

"And to see them and the dedication and devotion that they put into this sport and the time. It’s amazing," said Dexter. "They come in here and immediately get to work."

And in a world where kids could literally be doing anything else between 5 p.m. and 7 p.m., they're choosing to hang out with cops.

Eleven-year old Adrian Olvera and his sister enjoy the exercise.

Officer Michael Agee helped come up with the idea for the 'East End Youth Boxing Program.'

"We’re all volunteers. We participate in our off-time." said Agee.

Many police departments across the country participate in boxing clubs. It's a way to release stress from the job while building friendships with fellow officers. HPD's boxing club waned over the years. But in the weeks after Hurricane Harvey, "we created a program for officers to deal with physical and mental issues that were occurring with some of the guys in the department," said Agee.

In addition to coaching kids, about 48 Houston police officers, including Charles Dexter, now train and fight in matches against other first responders like the Houston Fire Department. Money collected from those matches is what covers the cost of the youth boxing program.

"And ultimately we’d like to have multiple gyms in the city of Houston that kids can come to," said Dexter.