The City of Houston plans to move the signs onto existing overhead traffic masts so drivers will see them, change the color of the flashing lights from yellow to red to better convey the danger, and change the word 'Caution' or similar words to stronger commands like 'Stop'. 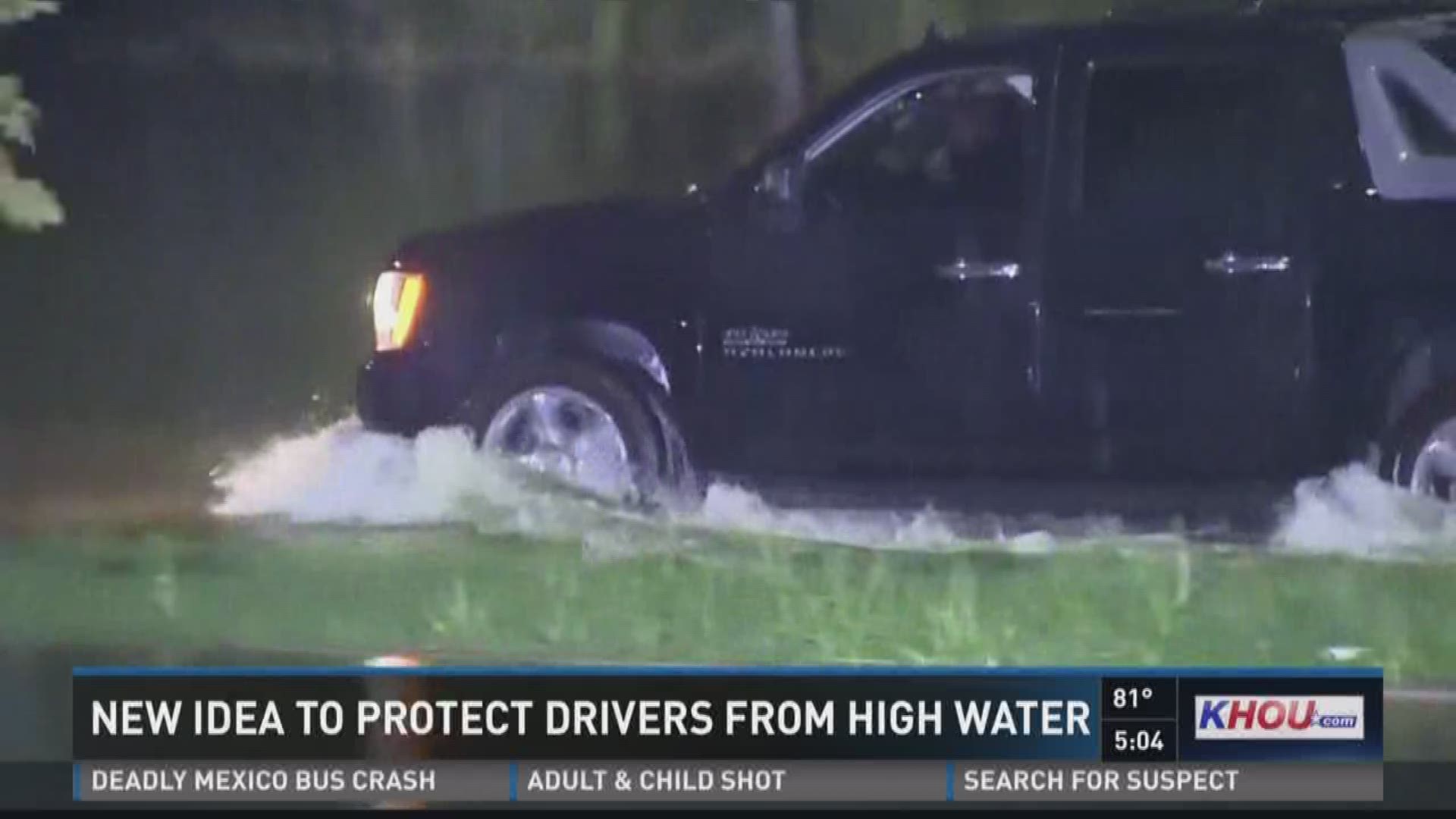 HOUSTON — Could a new design for flood warning signals save lives at 40 of Houston’s most flood-prone intersections? That’s what local officials are betting on with a planned $14.4 million overhaul.

It’s the City of Houston’s latest attempt at stopping people from driving into high water, an act that has led to several deaths during recent floods.

Houston recently phased out an automated flood gate that drivers were driving around or through. Transportation and Drainage Operation Director for Houston Public Works, Jeffrey Weatherford, told KHOU on Tuesday that the current system of yellow flashing lights on roadside warning signs isn’t working either.

“(Drivers) see the flashing light, and it says, ‘Ignore me,’” said Weatherford.

Now he says the city is redesigning those signs at 40 flood-prone intersections from a traffic engineering perspective. The city plans to move the signs onto existing overhead traffic masts so drivers will see them, change the color of the flashing lights from yellow to red to better convey the danger, and change the word 'Caution' or similar words to stronger commands like 'Stop'.

“To our knowledge, this has never been tried anywhere else in the world,” said Weatherford.

Officials plan to install the first redesigned signal along Studemont near Washington, before eventually moving on to 26 other flood-prone spots in Houston, four in Harris county, and nine along TxDOT roads.

The new system will feature cameras and guided wave radar sensors to detect high water. The signals will be synched up to the city’s existing system and Transtar, while integrating with the websites for Transtar and the Harris County Flood Control District.

The system will automatically alert the dispatchers, as well as text the on-duty supervisor and send emails to nearby fire stations and the city’s Office of Emergency Management.

Those signals will have backup batteries, as well as and backup generators for the pumps at twelve of the underpasses.

Weatherford believes the re-designed signs can still help save lives even if not all drivers obey the warning.

“If somebody’s got a four-wheel drive pickup truck and decides they’re gonna creep down there, that’s not the end of the world,” he said. “What we’re trying to prevent is somebody who…doesn’t see the flashing lights and drives down into this flooded underpass and hits the water doing 40 miles an hour and can’t get out of their car and drowns.”

Partha Krishnamurthy, a Professor of Marketing at the University of Houston, told KHOU that some safety studies have examined how changing colors can change human behavior.

“What has been found is that red among all colors is the most arresting of colors,” said Krishnamurthy. “It tends to increase the perception of risk quite dramatically.”