Tahchiona Smith, 24, is on a high-flying mission to help more minorities get their pilot’s license. 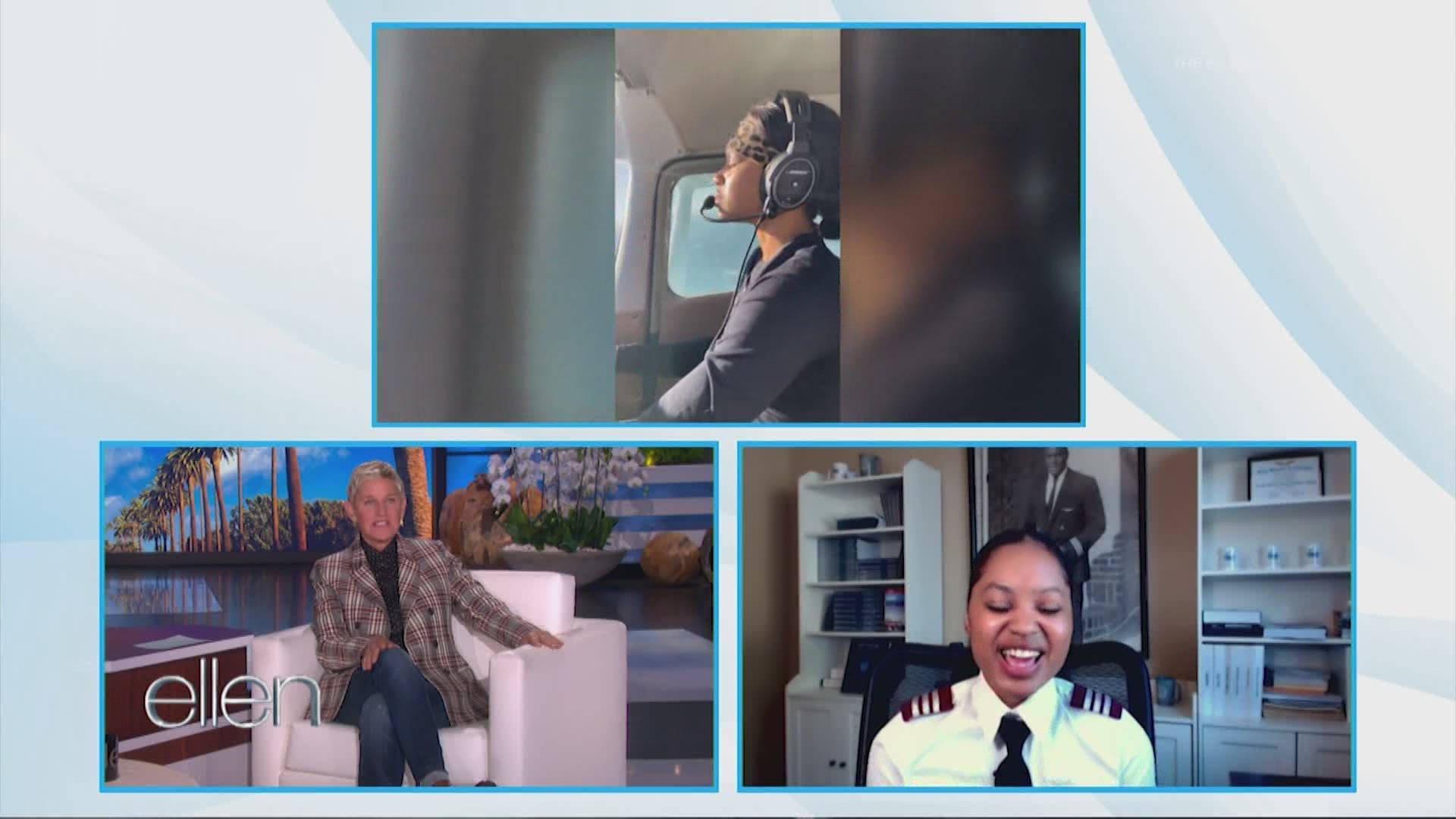 HOUSTON — The inspiring story of a young Houston pilot caught Ellen DeGeneres' attention, so she invited Tahchiona Smith to come on her show.

Tahchiona, 24, fell in love with planes when she was a little girl.

“At the age of 6, my grandmother took us to the airport to watch planes take off and land,” she said.

By the time she was a teen, Tahchiona was enrolled in HISD’s Sterling Aviation Early College High School, a magnet program. She flew alone for the first time when she was 17.

But her dreams seemed out of reach after graduation when training was no longer free.

“The real world was, ‘Hey, you gotta start paying for this training’ 'cause it was free at my high school," she said.

Tahchiona’s family didn't have the $100,000 for private flight school.

Instead, she settled on an aviation management degree from TSU.

After college, a car accident left Tahchiona with a cash settlement.

“It wasn’t enough for all of flight school, but I had enough to jump start my career," she said.

That seed money -- plus scholarships for training and certifications -- has put her 1,100 hours away from the next step, flying for a regional airline.

“The airlines say, ‘OK, you have the hours. We're gonna pay for everything and you immediately get on the payroll.’”

Two more years after that comes a chance with the major airlines.

Becoming a pilot is expensive and time consuming. Tahchiona says that’s a major reason minorities make up just 10 percent of the pilots and flight engineers in the U.S.

“There's roadblocks - as well as they don’t apply for those jobs because of everything they have to endure," she said.

There are plans to work with her alma maters, TSU and Sterling Aviation High.

It’s an exciting prospect, as was Ellen’s big surprise on the show.

“Shutterfly loves to hear people tell their inspiring stories. They want to give you $10,000,” Ellen announced.

It’s another leg of a journey that began on a wing and a prayer.

Pilot Tahchiona Smith is breaking barriers, and is determined to teach other young women to do the same. I love this story. pic.twitter.com/YB4ylV930a