The vandalism was first spotted at sunrise Thursday inside the small park, which is located in the Museum District area. 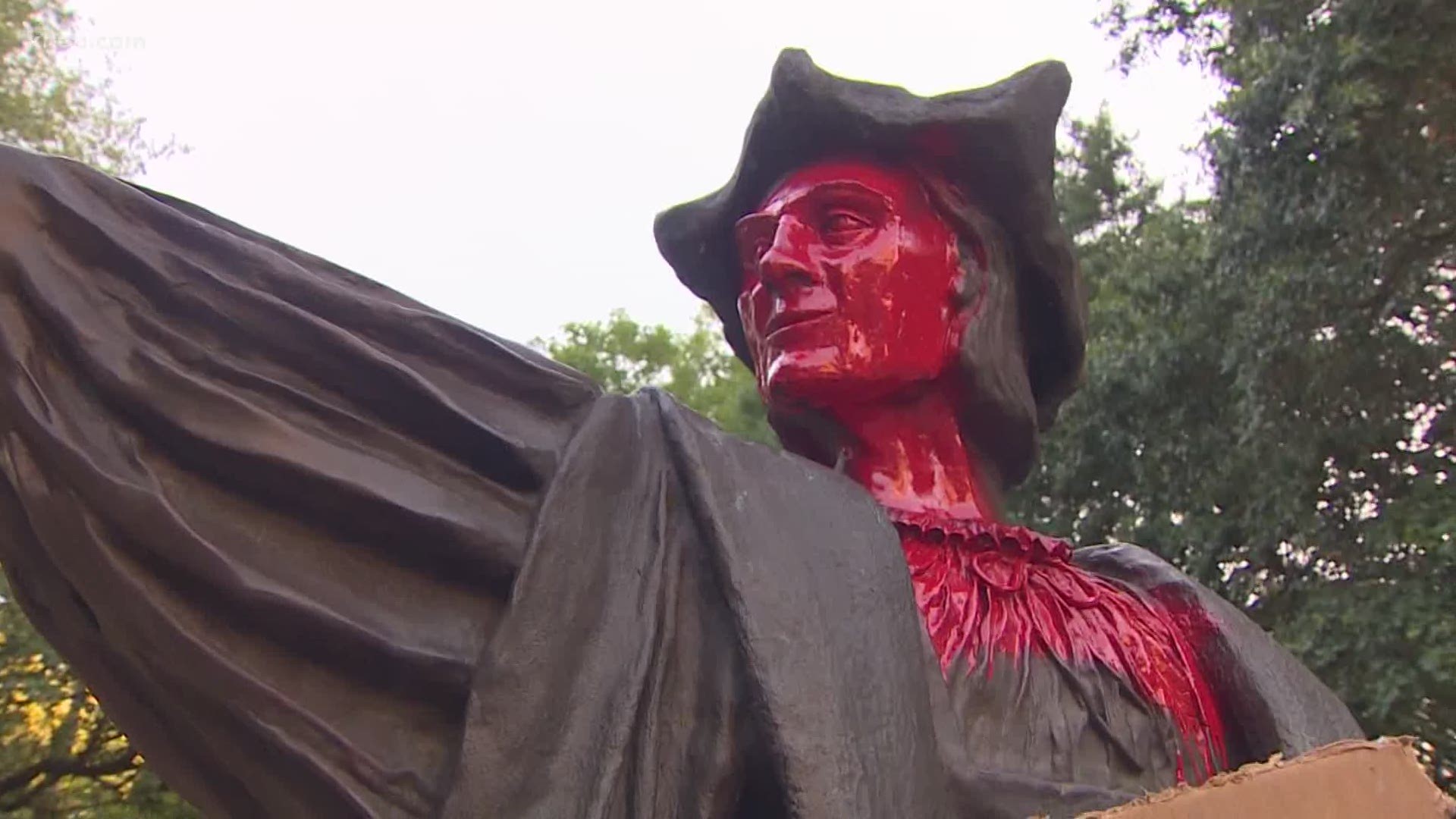 HOUSTON — A Christopher Columbus statue in Houston has been vandalized again, joining others that have also recently been defaced around the country and the world.

The statue located in Bell Park, in the Museum District area, was splashed with red paint sometime overnight. A cardboard sign reading “rip the head from your oppressor" was taped to it, reports KHOU 11's Michelle Choi.

Other Columbus statues around the world have previously and recently been vandalized or even toppled by protesters. Confederate monuments and statues have also been damaged or destroyed.

The statue in Houston's Bell Park has been defaced with red paint before, including in 2017. At that time, crews spent hours carefully using a pressure washer to restore it. It's unclear what actions the city might take this time around.

The Italian-American Organizations of Greater Houston donated the statue to the city in 1992.

Members of the Native American community have been vocal opponents of tributes to Christopher Columbus for many years, with the American Indian Movement calling Columbus a "colonial pirate" and murderer in a 2005 news release, calling for an end of the Columbus Day holiday.

(KARE contributed to this report.)