Mayor Sylvester Turner says police are getting better at solving this year's homicides and are now clearing 58 percent of them. 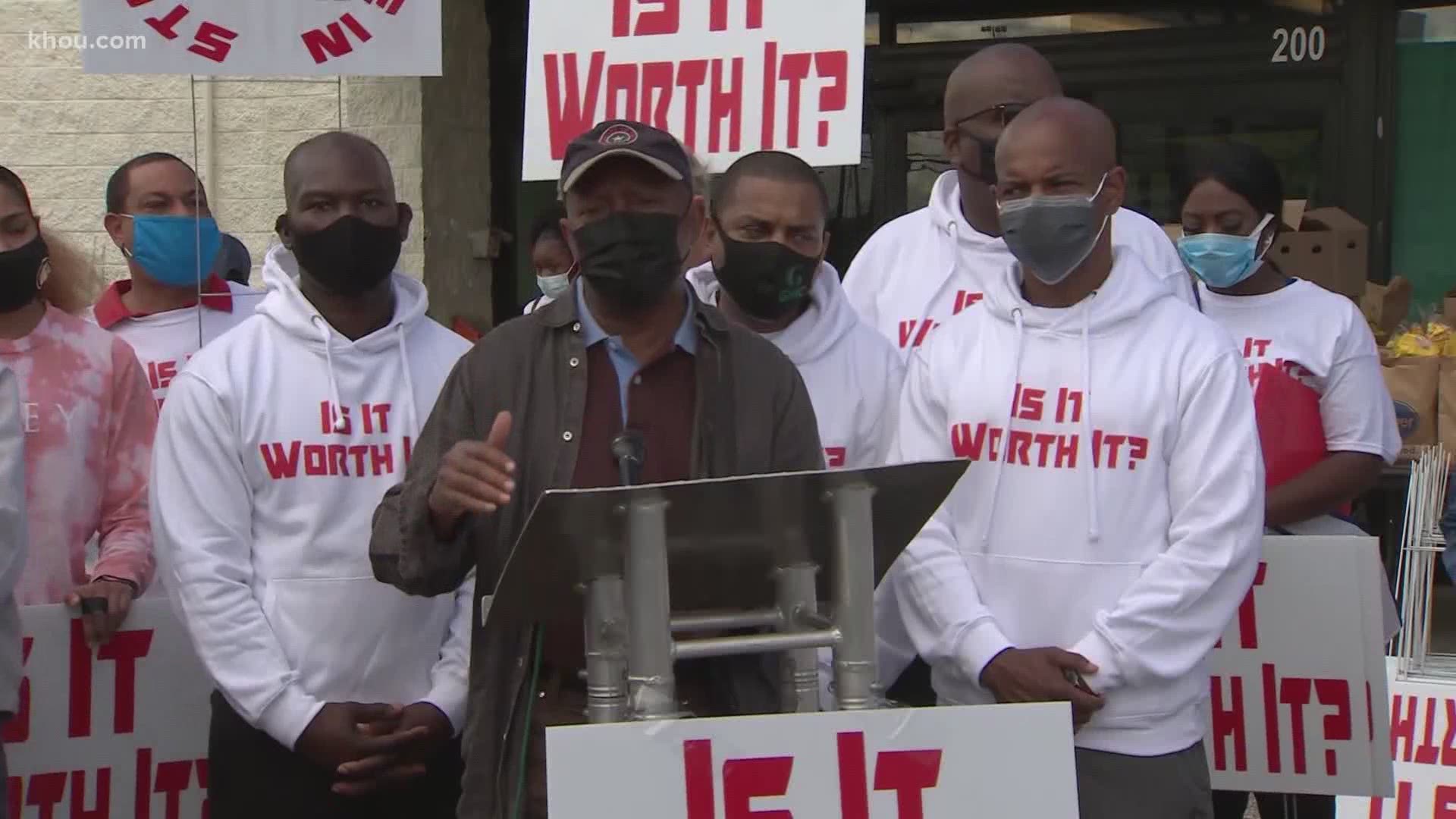 HOUSTON — Houston Mayor Sylvester Turner says the city could soon see its 400th murder as 2020 winds to an end.

The Houston Police Department reported to the mayor’s office Sunday afternoon that they have investigated 399 homicides so far this year.

However, Turner said HPD officers are gaining ground when it comes to solving the crimes at the “Stop the Violence” rally in Greenspoint.

“The percentage of homicides this year have gone up dramatically,” Turner said. “That’s why it requires now an all hands on deck approach.”

Turner says the way to reduce the deaths is through engaging communities with help from both leaders and neighbors.

“There are a lot of needs in our community,” Turner said. “A lot of people who feel they’ve been overlooked, forgotten. That’s why we need to get inside these communities and on these streets and let them know we do care.”

A Wall Street Journal article published on Saturday reported the majority of Houston’s murders have gone unsolved by investigators, based on numbers police provided through Dec. 4.

The newspaper reported HPD’s “clearance” rate for homicides dropped from 56 percent to 45 percent year to year.

Turner says since the start of the month, the trend has reversed, claiming HPD’s clearance rate is now at 58 percent.

The WSJ reported HPD claims the current violence in the city is driven by gang shootings, although domestic violence homicides were mostly earlier in the pandemic.

Turner said Houston’s homicides are more widespread and he would not single out a primary source for the murders.

“I think we need to be very careful when we assign to one group, because I think we’ll make a serious mistake,” Turner said. “And keep in mind, these crimes are happening all over.”