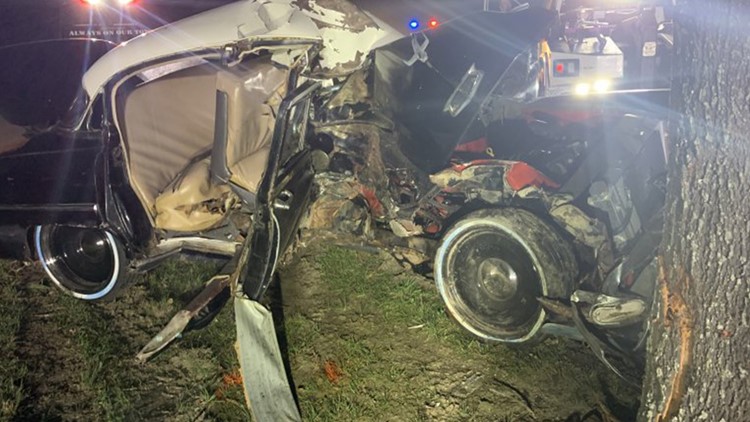 MONTGOMERY COUNTY, Texas — A Houston METRO police sergeant died overnight Sunday after crashing into a tree in Porter, according to the Texas Department of Public Safety

The sergeant was identified as Erik Martinez Tellez.

According to DPS, Tellez was at a friend's house and the two decided they wanted to drive the friend's 1954 Chevrolet around.

While the friend was inside the house, Tellez took the Chevrolet and started driving around the Riverwalk subdivision, according to troopers. Driving at a high rate of speed, he then left the roadway and struck a tree near Brazos and Riverwalk, troopers said.

Tellez was pronounced dead on scene.

It's unclear what exactly caused the crash.