Rep. Fletcher calls on US Postmaster General to investigate after uptick in mail thefts in Houston

It's a new crime alert. There has been an uptick in mail thefts and other mail problems across the Houston area. 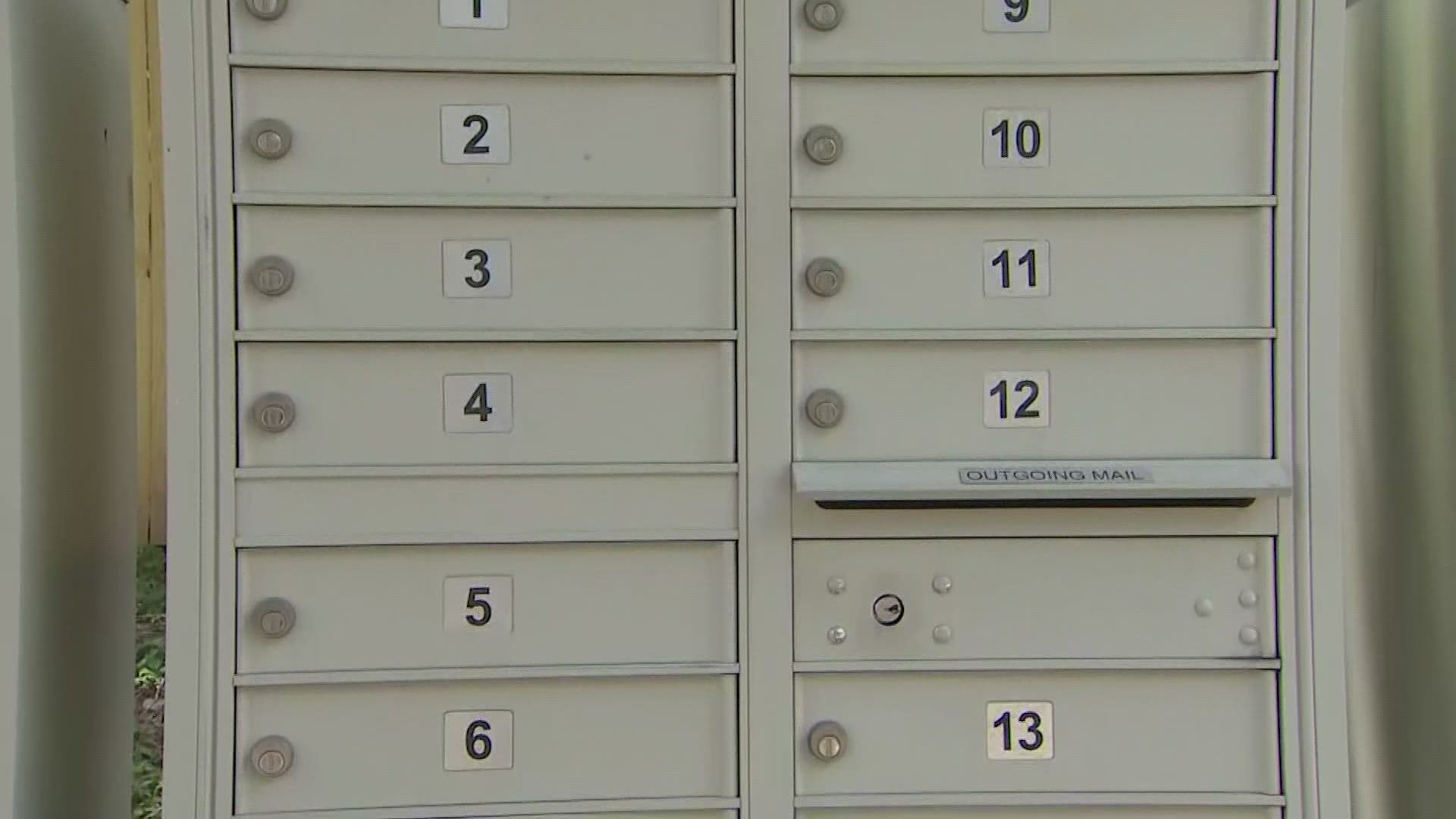 HOUSTON — According to officials, there has been a rise in mail thefts and other mail problems in the Houston area recently.

Rep. Lizzie Fletcher said she's received about 100 complaints in her district in the last year. She is calling on the U.S. Postmaster Inspector General to investigate.

A gate and security cameras keep guard over a neighborhood off Memorial, but that wasn't enough to keep the crime away. HOA president Nick Kornuta said earlier this year, several mailbox clusters were ransacked.

“These main panel doors were opened and the mail rifled through and in the wrong places. Some were opened and some on the ground and that happened in the eight cluster locations that we have," he said. “It has to be they had a master key that opens the whole panel. There was no forced entry.”

The subdivision called the post office and their congresswoman. The key was replaced but the investigation is ongoing.

She said the problem increased during the pandemic when relief checks went out. Three post offices in particular, on Whittington, Chimney Rock and Timmons, have had high complaint volumes.

It's another issue at the North Houston Processing and Distribution Center which now holds a very undesirable title.

“We have the longest deliveries in the U.S. here in the Houston area," she said.

What is especially inviting for thieves? Jammed mailboxes.

Fletcher said she first heard about the issue from her mother, who also had her mail stolen.

“I’ve certainly heard that very concern that you raised about mail being too full in the boxes. Who knows? Who’s going by and grabbing it? That’s a real concern," Fletcher said.

The hope is that a formal investigation will get the mail moving smoothly and securely.