The head of Houston Public Works says they'll now be able to get to every major street once every 40 years instead of once every 110 years. 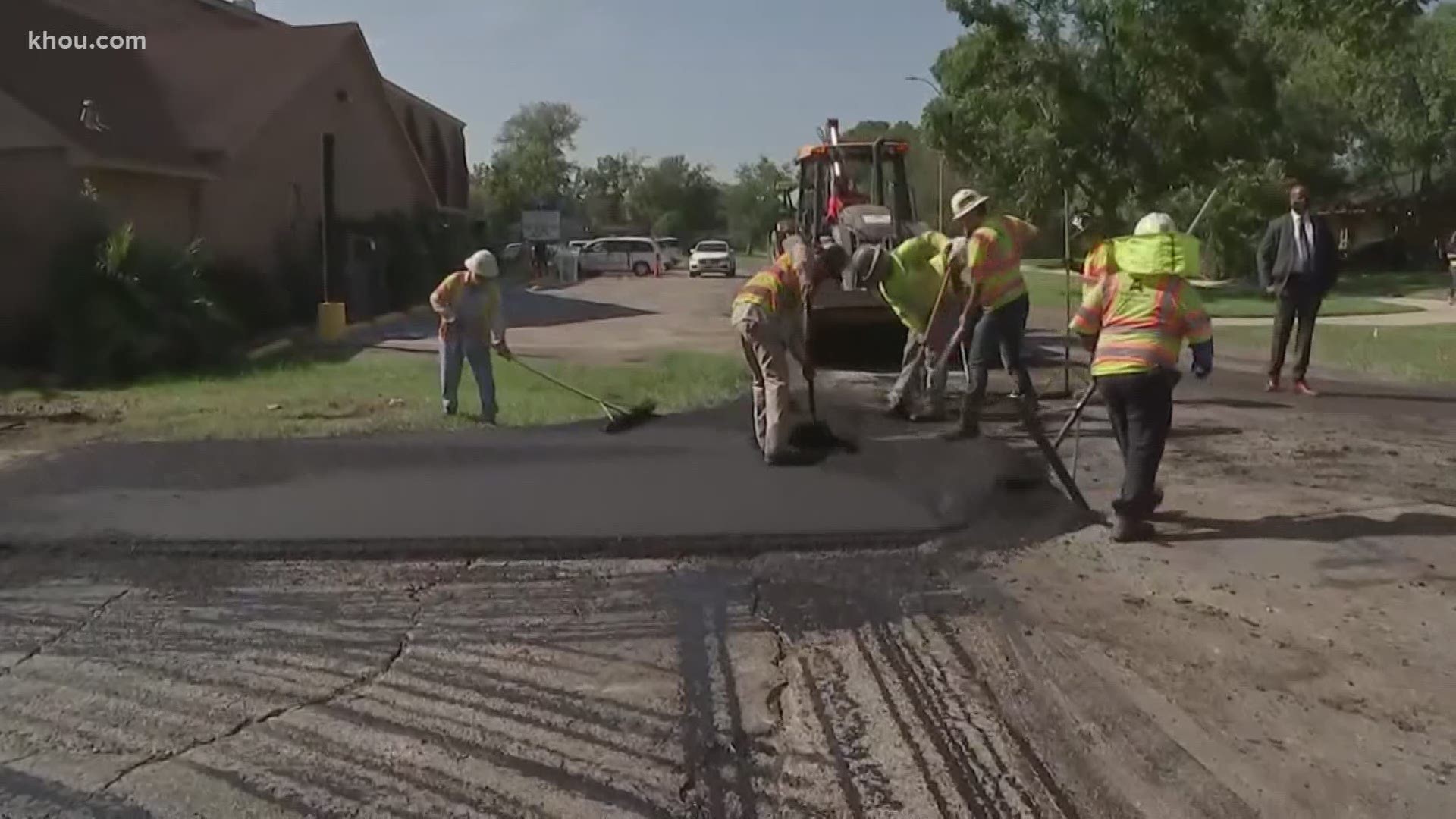 HOUSTON — The city of Houston has launched a new effort to upgrade its streets more quickly and ensure they last longer.

The head of Houston Public Works says they'll now be able to get to every major street once every 40 years instead of once every 110 years.

“When I drove up and saw them beginning, mayor, it brought tears to my eyes,” said Gusta Booker, pastor emeritus at the church, during a press conference.

“Our goal is to make Houston see a noticeable improvement in streets by 2024,” Turner said.

A van outfitted with special equipment measures street conditions, including deterioration not immediately visible, to help decide which roads to fix first.

Officials say the projects will be spread proportionately across all 11 council districts.

Carol Haddock, director of Houston Public Works, said rehabbing streets that can still be fixed, rather than totally rebuilding them, will save the city roughly $3 million per mile.

“If we put all our money into construction, we would only do 15 or 20 miles a year, but by putting it into rehabilitation, we’re getting more than 300 miles of rehabilitation and reconstruction over the course of this next year,” said Haddock. “The other thing the mayor challenged us to do is to look beyond just the pavement.”

That means sidewalks, curbs, gutters, inlets, and ramps next to the projects will also get an upgrade.

“With people with disabilities and others, those sidewalks are just as important as the streets themselves,” Turner said.

The mayor said lighter traffic during the pandemic has helped speed up repairs.

“When you go down the street for the next 15 days and you hit a pothole, I want you to think ‘Census, Census,’” Council Member Evans-Shabazz said.

Haddock said HPW has budgeted around $80 million in existing money for the Street Rehabilitation Initiative during the current fiscal year, which started July 1 and lasts through June 30, 2021.

City Council’s Transportation, Technology, and Infrastructure Committee will get a detailed briefing on the effort during their virtual meeting Thursday at 10 a.m.