Kobe Bryant, his daughter and seven others were killed Sunday morning in a helicopter crash in Southern California. 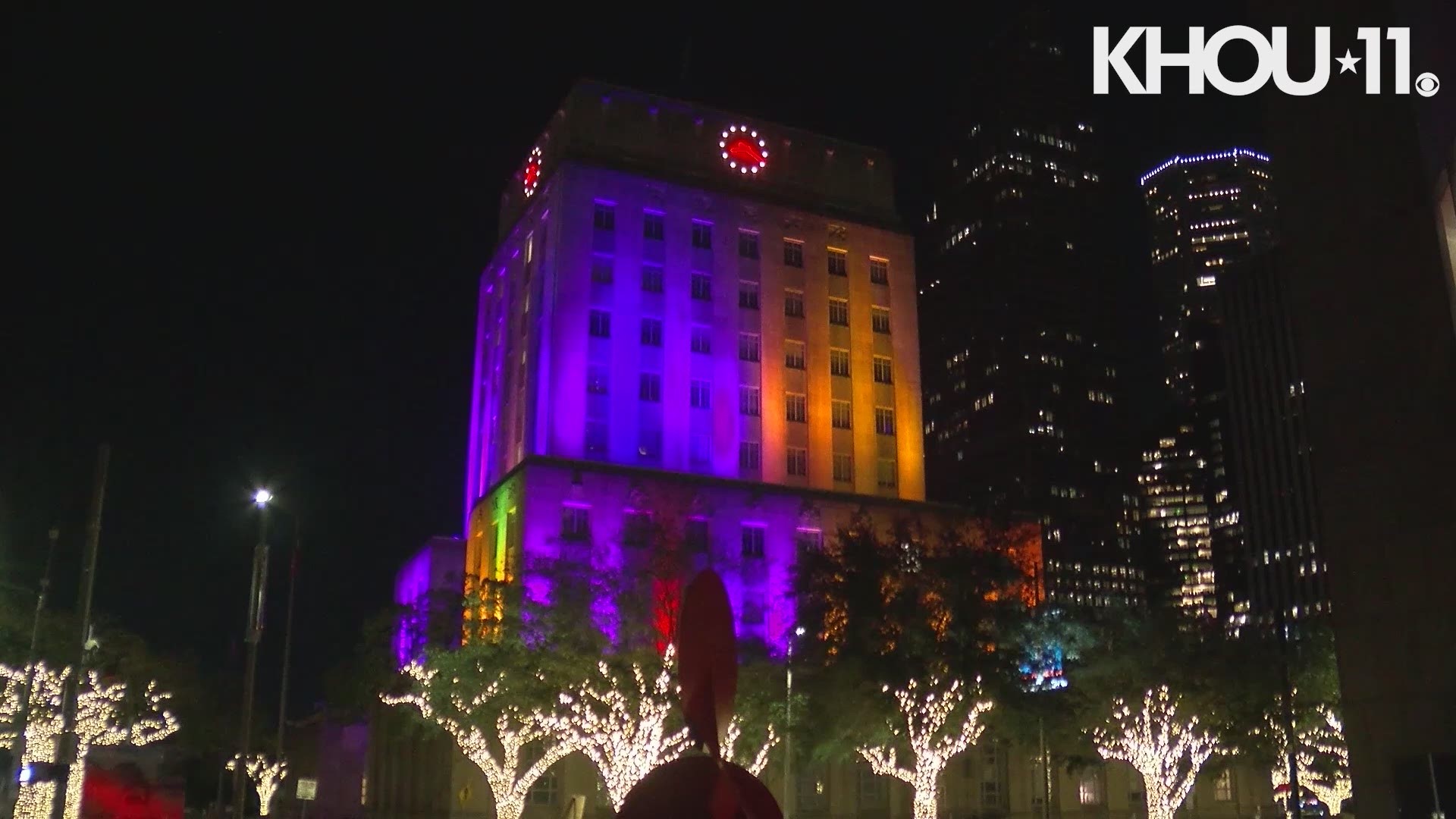 HOUSTON — Houston is honoring the victims of Sunday morning's deadly helicopter crash by lighting up City Hall and the Montrose bridges in the legendary Lakers colors.

NBA legend Kobe Bryant and his 13-year-old daughter were among the nine people who were killed.

In Houston, City Hall and the Montrose bridges were lit up purple and gold Sunday night.

Houston Mayor Sylvester Turner extended his condolences to the families of the victims and asked Houstonians to pray for "everyone who is hurting and mourning the loss of a family member, a friend or one of basketball’s greatest players."

RELATED: 'Tonight is for Kobe' | Grammys begin with emotional tribute to Kobe Bryant

RELATED: Dallas Mavericks to retire No. 24 in honor of Kobe Bryant