HOUSTON- New Year's Eve is just a few days away, but no preparations are underway in Houston. 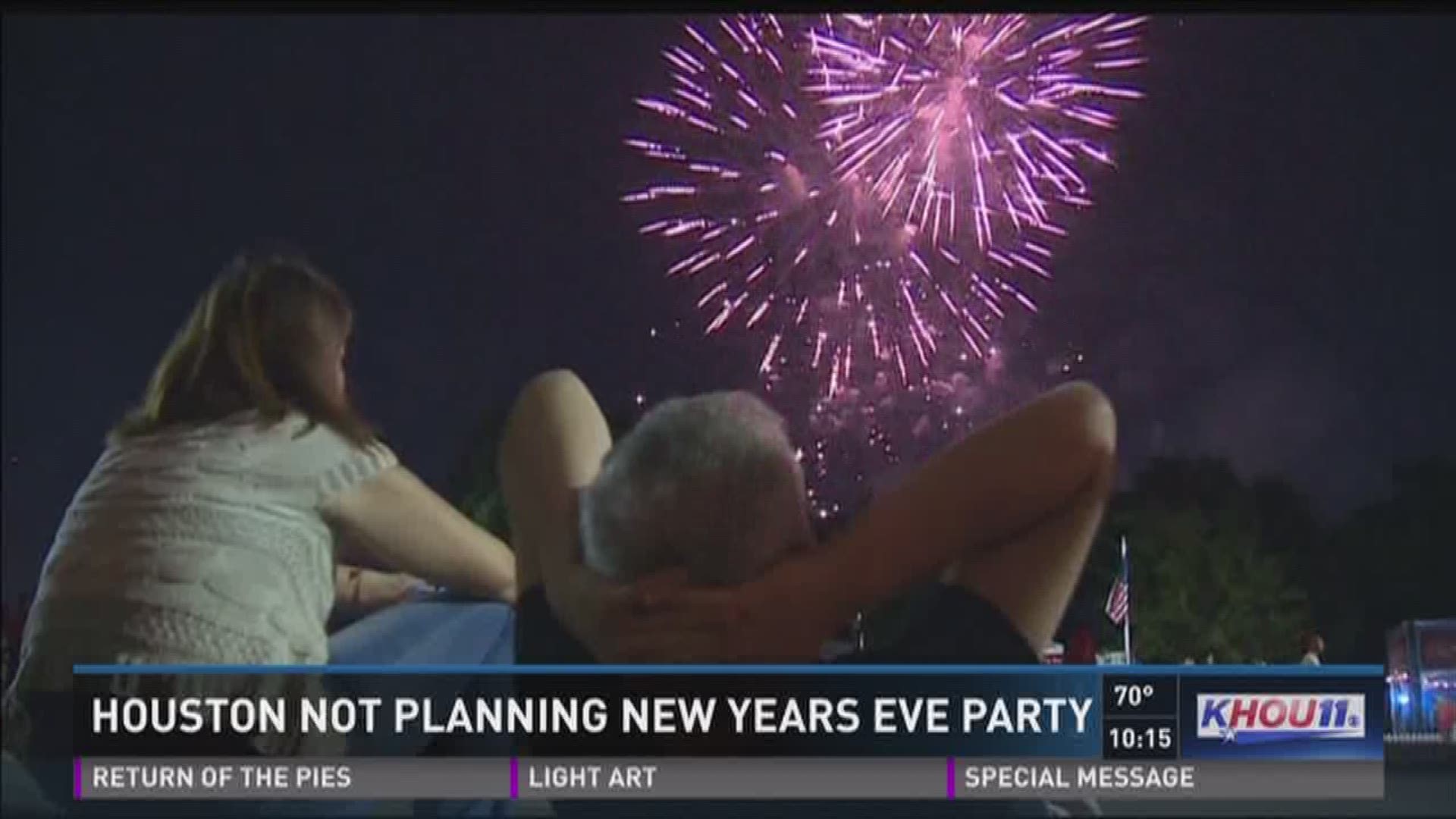 HOUSTON- New Year's Eve is just a few days away, but no preparations are underway in Houston.

That is because the city is not planning a big celebration.

Houston had its own celebration last year in the theater district to bring in 2016, but that won't be happening this Saturday.

"It is a little weird to not have one in the 4th largest city in the country," said Scott Sawyer.

The Mayor's Office of Special Events, which produced last year's show, tells KHOU 11 News a "New Year's Party" is not an annual or one of their "signature" events.

The "signature" events include the Thanksgiving Day Parade, the 4th of July Freedom over Texas Festival and the Christmas Tree Lighting.

Discovery Green officials said the fireworks display was started five years ago and was championed by Houston First, the city's tourism bureau,as a way to bring people downtown.

It was difficult to nail down exactly why there's no show this year but it seems to be a combination of lack of funding, conflicts with Super Bowl planning and weather.

"You would think they would do something and Eleanor Tinsley Park like we do for the 4th of July to bring people downtown," said Sawyer.

KC and the Sunshine Band, according to Discovery Green officials, was supposed to play a New Year's Eve celebration a few years ago, but apparently the weather was so stormy that the show was cancelled.

Several other cities will have fireworks shows like Sugar Land, Kemah and Kingwood to name a few.