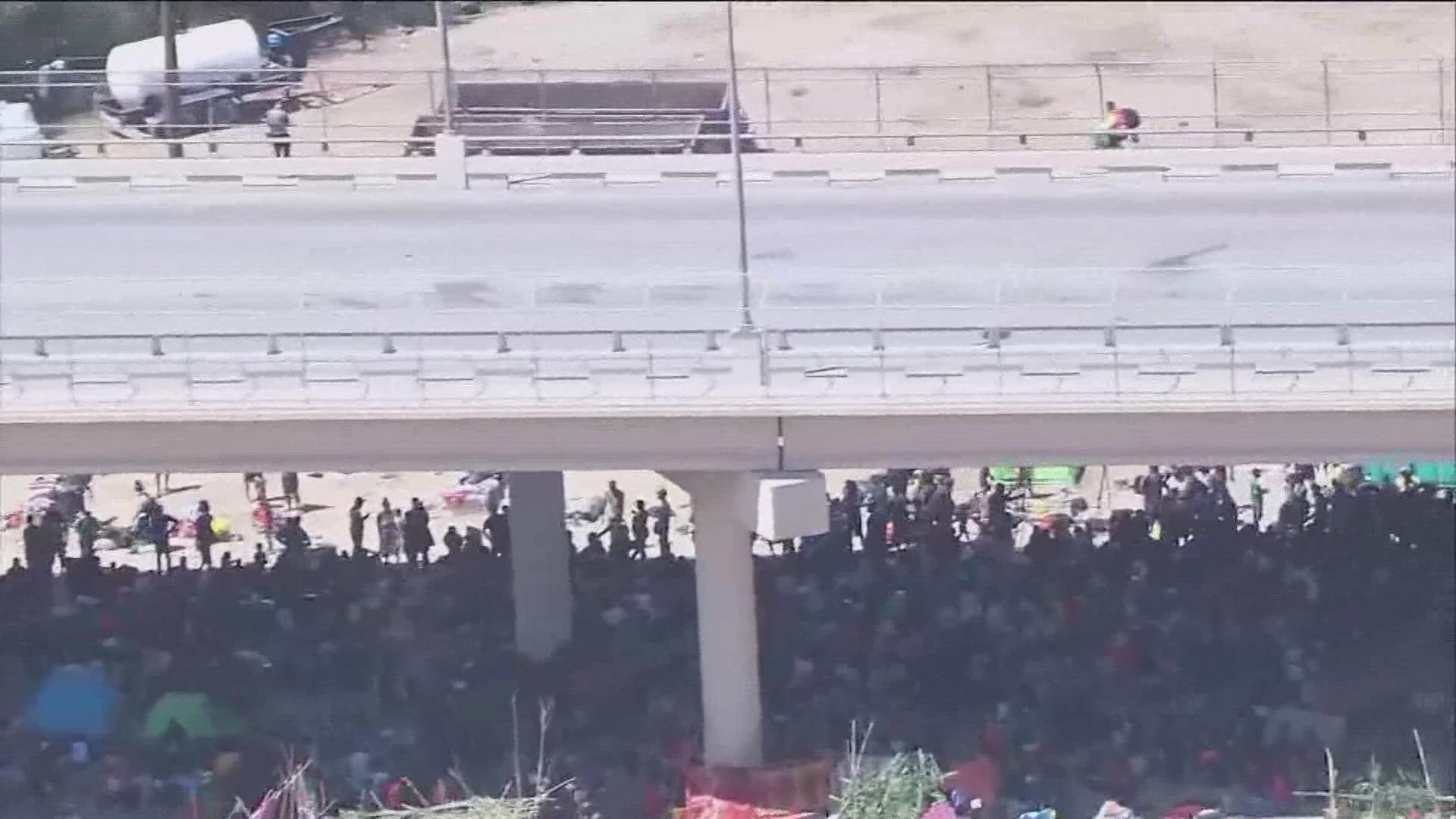 HOUSTON, Texas — Houston’s Haitian community and others are rallying to help those on the border by sending relief and pressuring political leaders.

"When you’re looking at these people who are up there being chased by the police on horses," said Cherazard.  "That throws you back to the slavery.”

Cherazard, who now works as a financial advisor, came to Houston from Haiti in the late 1970s via Miami and The Bahamas.

He’s frequently returned on humanitarian missions including those with Rotary International.

He believes, like him, refugees left Haiti to escape government instability and find a better life.

.. “I’m not saying they should have come here illegally.. But come on.” Haiti native Surpris Cherazard came to Houston in the late 70s. He never imagined seeing what he’s witnessed this week on the Texas-Mexico border. More: @KHOU at 5:00 #khou11 pic.twitter.com/qBKZzCAcDM

“I’m not saying they should have come here illegally, that’s not what I’m saying," said Cherazard. "But come on.”

The Church of Jesus Christ of Latter Day Saints and others opened a temporary respite center in June here in Houston.

It offers food, shelter and hygiene facilities for anyone who makes it this far.

"Houston Haitians United is working together with leaders in our community," said the group in a statement. “We urge everyone to reach out to their local officials because we are dealing with a humanitarian issue.”

"Whether they be Democrat, Republican, White, Black, Latino, indigenous," said national chairperson Kofi Taharka. "It has to change.”

Cherazard believes refugees deserve, at the very least, some dignity.

"You know, these are not animals," said Cherazard. "They are just looking for better opportunity.”

Obviously, there are many who support efforts to send refugees back to Haiti or the other countries from which they originated.

As you know, Haiti and the Haitian people have been dealing with a lot in the last few months, from assassination to a natural disaster where tens of thousands of homes were destroyed.

Today, you are aware the there are thousands of Haitians at the Texas - Mexico border, and what they need are supplies, food, and translators. That is why Houston Haitians United is working together with leaders in our community such as Congressman Al Green and Congresswoman Sheila Jackson Lee in what we all can do about the deportations occurring and working with the Houston Mayor’s office and city partners to send relief items to the border.

We urge everyone to reach out to their local officials because we are dealing with a humanitarian issue.