Houston Fire Station 75 said the effort will help better protect them from a threat that worries them. 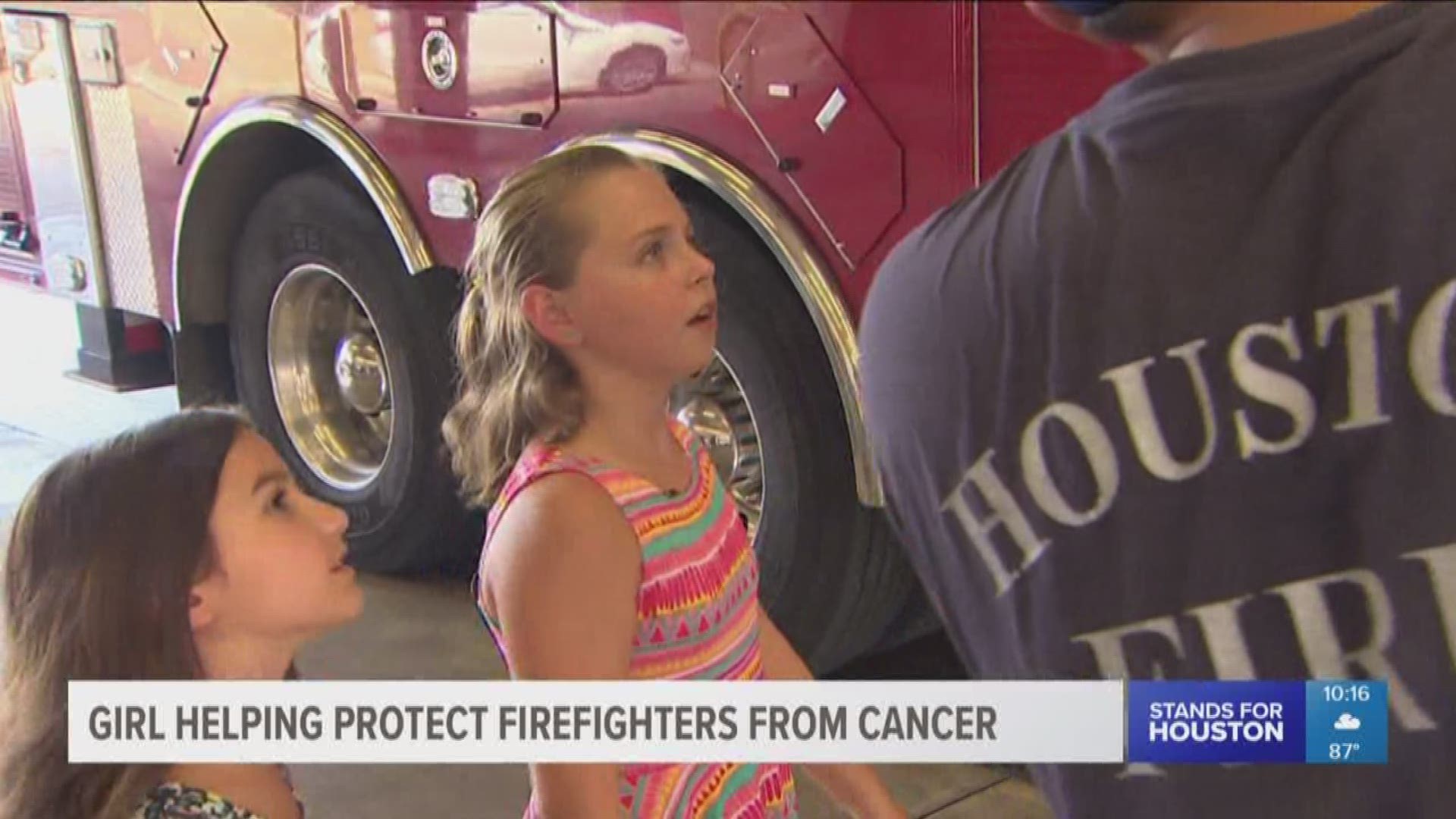 Houston Fire Station 75 said the effort will help better protect them from a threat that worries them.

Bella DelGardo plans to set up her lemonade stand Saturday and Sunday outside the Kroger store on South Dairy Ashford and Briar Forest.

“I just think maybe they could use some extra gear or something great if they need anything, and maybe some food, because they have to go out with their money and buy the food,” she said.

When Captain David Dean heard Bella’s plan, his crew knew just what to do.

“I don’t really believe in coincidence, but it sure is strange that this young lady wants to come and help us out at the same time that we’re learning we need to do this,” he said.

Recent studies, including one from the CDC in July 2016, found higher cancer-related deaths among firefighters compared to the general U.S. population.

“(It) seems like every few months we’re finding out about another firefighter -- either active or recently retired -- that has cancer or has passed away from cancer,” Capt. Dean said. “The numbers are staggering.”

From 2002 to 2016, occupational cancer caused 61 percent of line-of-duty firefighter deaths, according to the International Association of Firefighters.

Unsure of the exact cause, Capt. Dean’s fire union is pushing decontamination, he said. They clean all gear after each call. However, it is up to each firefighter to wash their underclothes. Usually, Dean’s crew takes their clothes home in a bag to clean. However, they fear spreading contaminants to loved ones.

They plan to buy a washer equipment with special filters to clean their personal clothes at the station. That type of washer costs more than $4,000. Station 75 had no idea how to afford one until now.

“All I can say is thanks,” Capt. Dean said

To make sure it happens, Bella brought in Lucy Moss. They are neighbors and friends who hope their lemonade sale helps their heroes.

“Whenever we have trouble, they just help us,” Lucy said. “They’re always there for us.”

Bella and Lucy plan to sell lemonade this weekend outside the Kroger at 12555 Briar Forest Drive in west Houston.