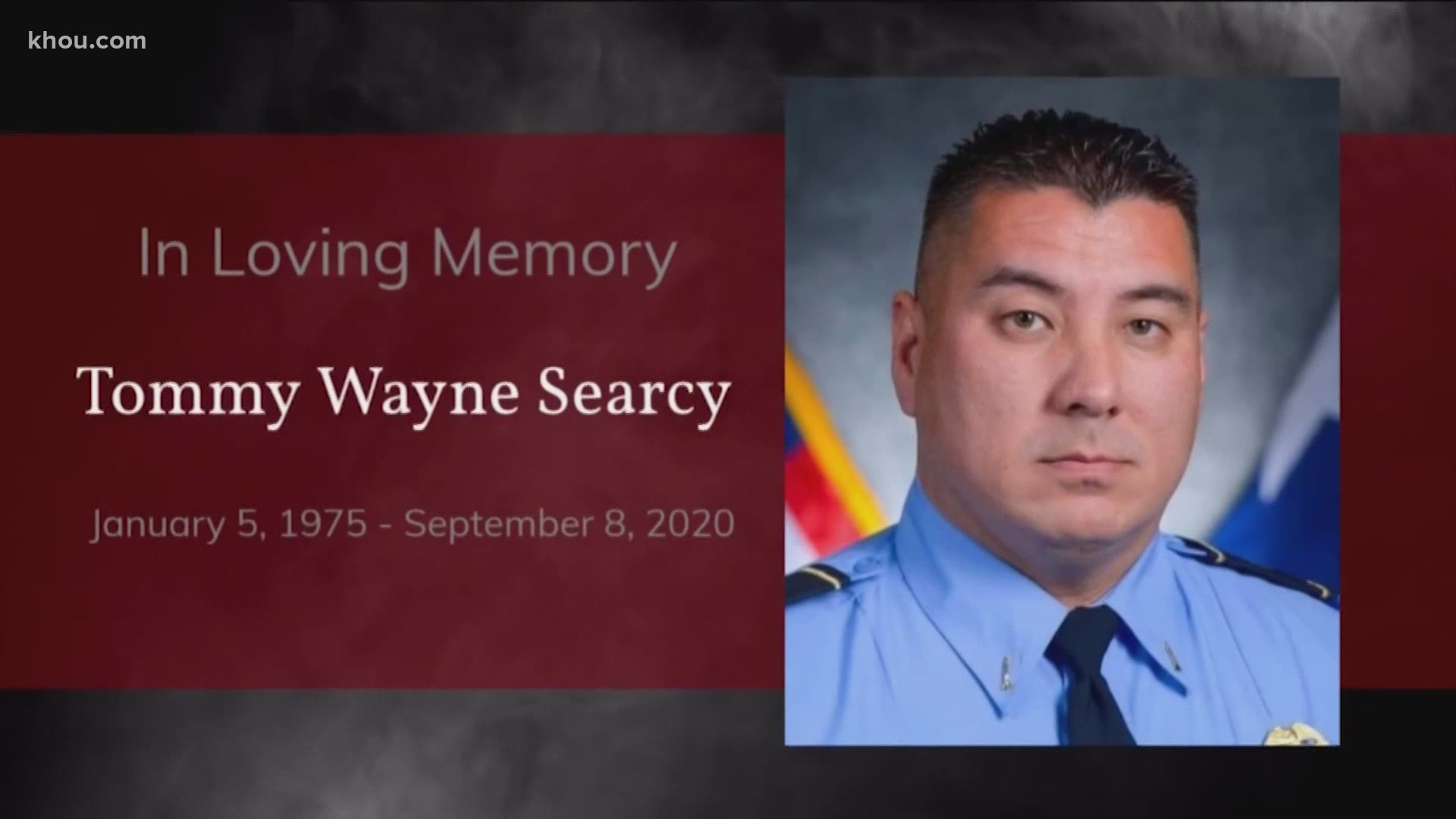 HOUSTON — Houston Fire Department and the loved ones of HFD Capt. Tommy Searcy bid their final goodbyes Wednesday morning during a funeral processional and service.

They commemorated his life and service to the community with a memorial at Champion Forest Baptist Church.

His colleagues and friends shared stories honoring his memory. Searcy, 45, was known for his kindness, his pranks and jokes.

But most importantly, he was remembered for the countless lives he saved, many times running into fires to save his own crew members who were trapped.

The procession for @HoustonFire Department Captain Tommy Searcy has ended. Searcy is the third Houston Firefighter to die from complications of COVID-19. @KHOU #khou11 pic.twitter.com/1dFZtXWfkg

"It’s the kind of guy he was,” Delgado said. “He would do whatever it took not just for citizens because his crew.”

Searcy became a firefighter when he was 18 along with his twin brother. They both served in various departments. He later came to HFD where he served for 18 years and was captain at Fire Station 67.

A few weeks back he was hospitalized in The Woodlands after getting COVID-19.

On Sept. 8, he died of COVID-19 complications. Those who knew him well wanted to make sure his daughters knew what an extraordinary man he was.

"Your daddy is more than a hero he inspired us led us and laughed with us. We will never forget him," Jim Richardson, with HFD, said.

His crew members were with him until the very end as they escorted him to his final resting spot.