Dr. Phuong Nguyen, with UT Health, was one of the singers featured in the virtual tribute to healthcare heroes. 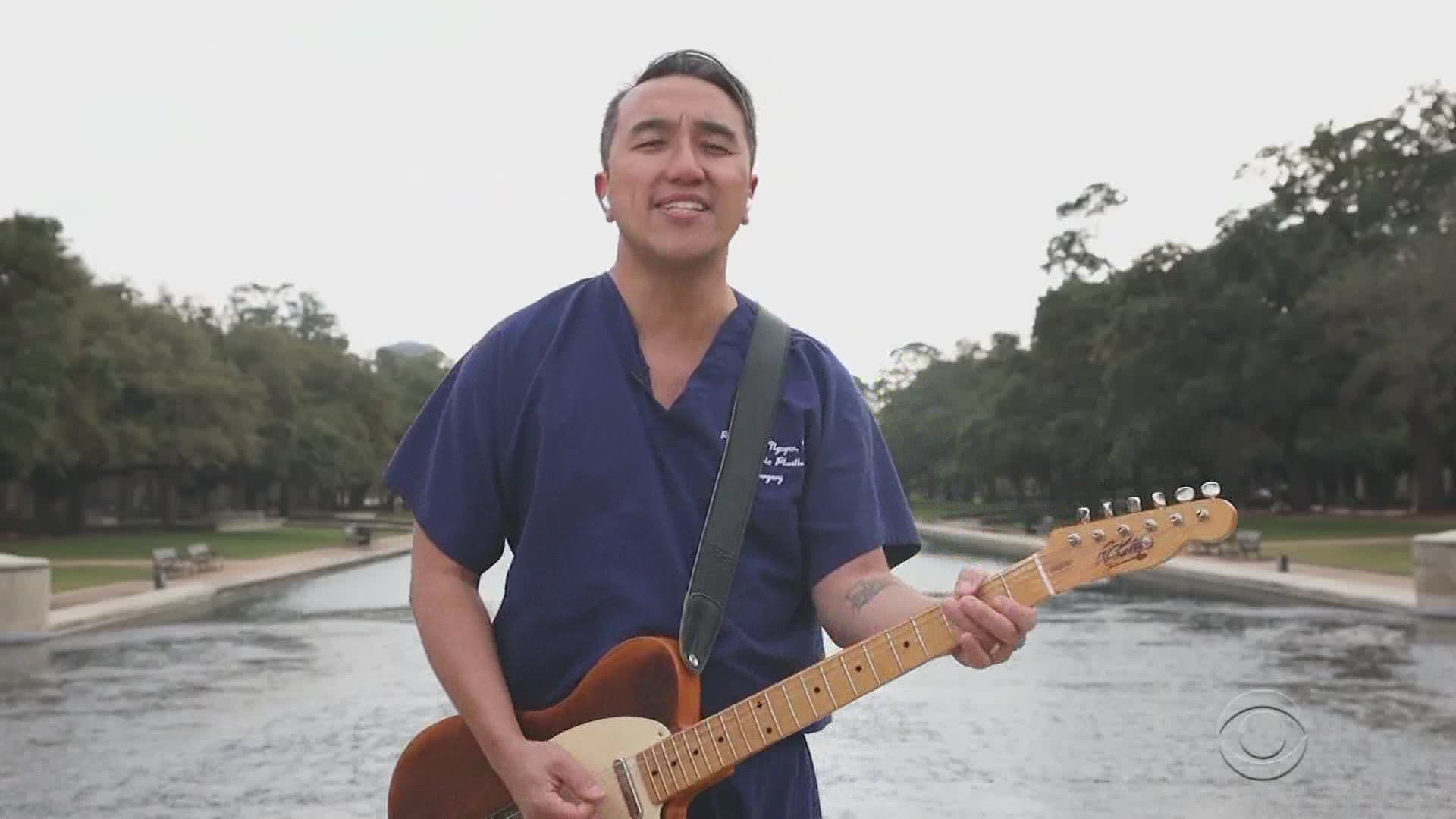 HOUSTON — A musical tribute to healthcare workers was one of the highlights of a concert that capped off Inauguration Day Wednesday night.

Demi Lovato belted out a virtual performance of “Lovely Day” by Bill Withers, accompanied by doctors and nurses from across America.

President Joe Biden and First Lady Dr. Jill Biden were shown singing along and dancing as they watched from the White House.

Dr. Phuong Nguyen with UT Health was one of the singers featured in the “Celebrating America” special. Nguyen and the other singers represented the millions of healthcare heroes who risked their lives to save countless COVID-19 patients.

“I would not be the first to express how challenging this past year has been. We’ve seen such an impact on our patients, friends, families, and colleagues,” Dr. Nguyen said. “With change – like a new year and a new president – comes hope, hope that we will band together during these difficult times.”

A team from UTHealth filmed the surgeon's rendition of “Lovely Day” recently in near-freezing temperatures at the Texas Medical Center.

Nguyen, the chief of pediatric plastic surgery at UT Physicians, said he was invited to participate after a music video he created early in the pandemic went viral.

He wrote a song called “Stay at Home, Help a Doctor” and recruited friends and fellow doctors to sing it on Zoom.

“I came up with the idea and song lyrics, reached out to my friends in the health care industry, and created a music video as a public service announcement for patients to stay home and stay safe,” said Nguyen. “It did gain some national attention and that is what led to the presidential inauguration committee asking me to contribute to another music interlude.”

“This is the reason they came to the U.S., to give their kids opportunity. Nothing is promised, but the idea you could be whatever you wanted if you worked hard enough if you studied, if you really put your head down and did the work," he explained. "And in one generation, I have the great privilege of being … in the presidential inauguration. You can't write a story like that. How does that happen?”

Nguyen's mother was pregnant with him when his family fled Vietnam after the fall of Saigon in 1979. Sixty people packed on to a small fishing boat and set out for a new life.

“The boat ended up getting lost, ran out of fuel, after 3 days ran out of food, at sea for another 6 days surviving on rain water," the surgeon said. "Here's the irony, living in Texas now, it was a Conoco oil tanker that picked us up.”

The tanker took them to a refugee camp in Indonesia and that's where Nguyen was born.