The House sent articles of impeachment against President Donald Trump to the Senate Wednesday for the landmark trial. 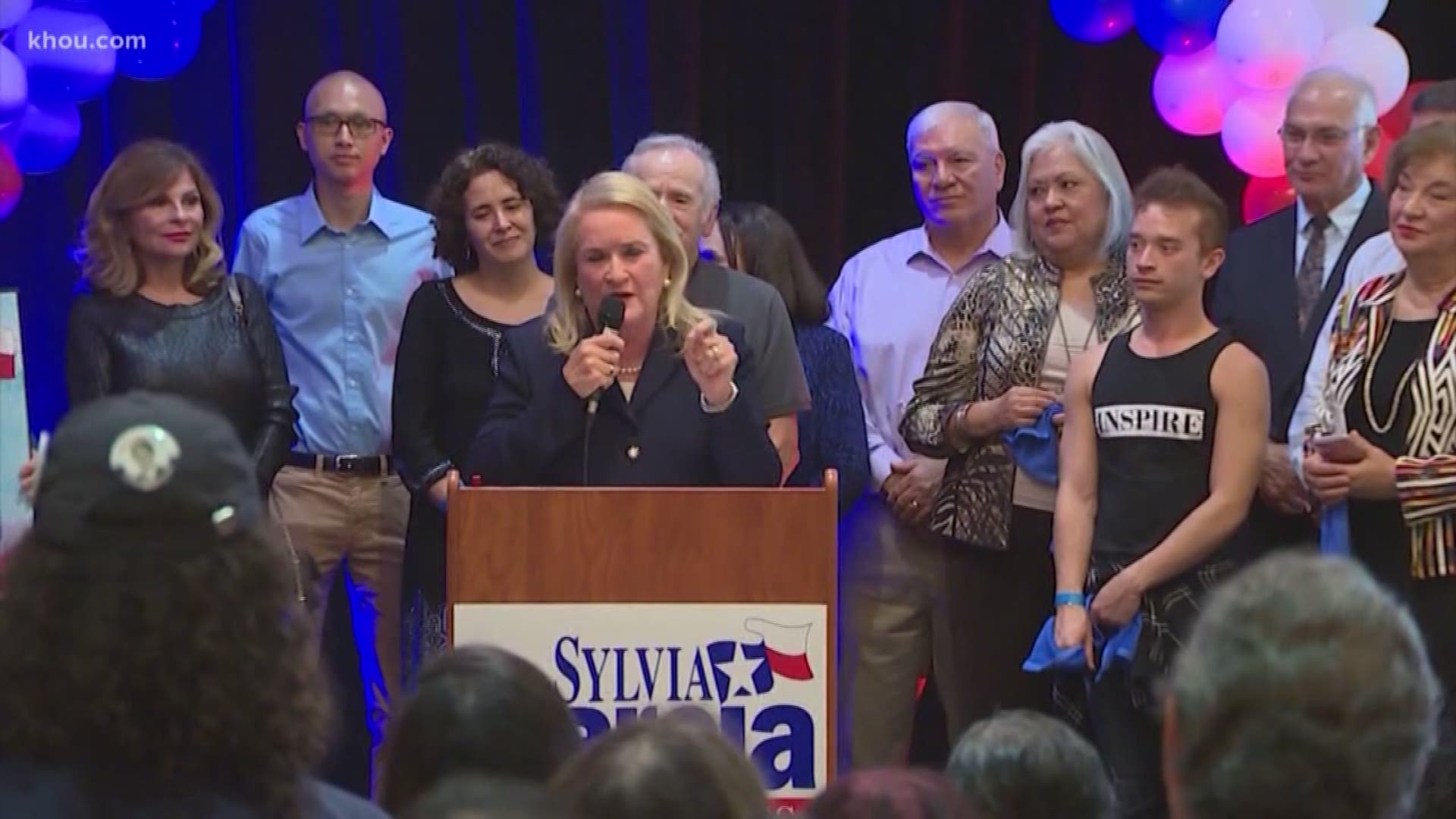 HOUSTON — U.S. Rep. Sylvia Garcia of Houston has been named one of seven impeachment managers in the Senate trial of President Donald Trump.

The role of the seven members of Congress will be to convince the Senate that the president he abused his office and obstructed Congress.

"The house managers will act like prosecutors to try and make the case that the president did what they said he did. That they meet the standard of removal," explained University of Houston professor Jeremy Bailey.

It will be up to the full Senate to decide whether or not to remove the president.

Before becoming a U.S. Congresswoman, Garcia served as presiding judge of Houston's Municipal Court System, a member of the Harris County Commissioner's Court and later as a state senator. In January 2019, she was sworn into U.S. Congress as one of the first Latinas to represent Texas in D.C.

"Honored to be one of seven House Impeachment Managers who’ll be making the case to the American people," Garcia tweeted Wednesday. "For me this is about upholding my oath of office. I take my responsibility seriously because we’re working to defend our Constitution at a pivotal moment in our democracy."

Here are the other six managers announced by Speaker Pelosi at the Capitol today:

Also Wednesday, the House sent articles of impeachment against President Trump to the Senate for the trial on whether the charges of abuse of power and obstruction of Congress are grounds for removal.

RELATED: Impeachment managers named ahead of vote to send articles to the Senate

The Senate is expected to transform into an impeachment court as early as Thursday, but Senate Majority Leader Mitch McConnell says he expects the trail to start in earnest on Tuesday.

The Constitution calls for the Chief Justice of the Supreme Court, in this case John Roberts, to preside over the senators who serve as jurors, The senators will have swear an oath to deliver "impartial justice" -- something that has come under scrutiny after McConnell said publicly last month "I'm not impartial about this at all.”

RELATED: Ahead of impeachment trial, Trump suggests not having it

Senate rules say the trial will run six days a week, but not Sundays. Senators reportedly could vote to change that schedule. The trial rules also state senators must stay off their phones.

There are enough Republican senators who have indicated they will not be in favor of dismissing the trial, but it remains to be seen if any witnesses will be called. Former National Security Adviser John Bolton has said he will testify if subpoenaed.

There are four Republican senators and four Democratic senators in particular to keep an eye on.

On the GOP side, they are Susan Collins of Maine, Mitt Romney of Utah, Lisa Murkowski of Alaska and Lamar Alexander of Tennessee. A 51-vote majority is needed to approve the calling of witnesses. If all Democrats and independents vote in favor, they need four Republicans to come over. These are the most likely ones.

On the Democratic side, the ones to watch are presidential candidates Elizabeth Warren of Massachusetts, Bernie Sanders of Vermont, Amy Klobuchar of Minnesota and Michael Bennet of Colorado. They are required to be at the trial, which means they will be taken off the campaign trail less than two weeks before the first primary votes are cast in the Iowa caucuses. Sanders and Warren are among the four front runners in the most recent Iowa polls. Klobuchar is trailing them and Bennet is barely registering in any state or national polls.

(The Associated Press and TEGNA contributed to this story.)