Councilman Greg Travis Travis took the posts down at the request of Mayor Sylvester Turner. 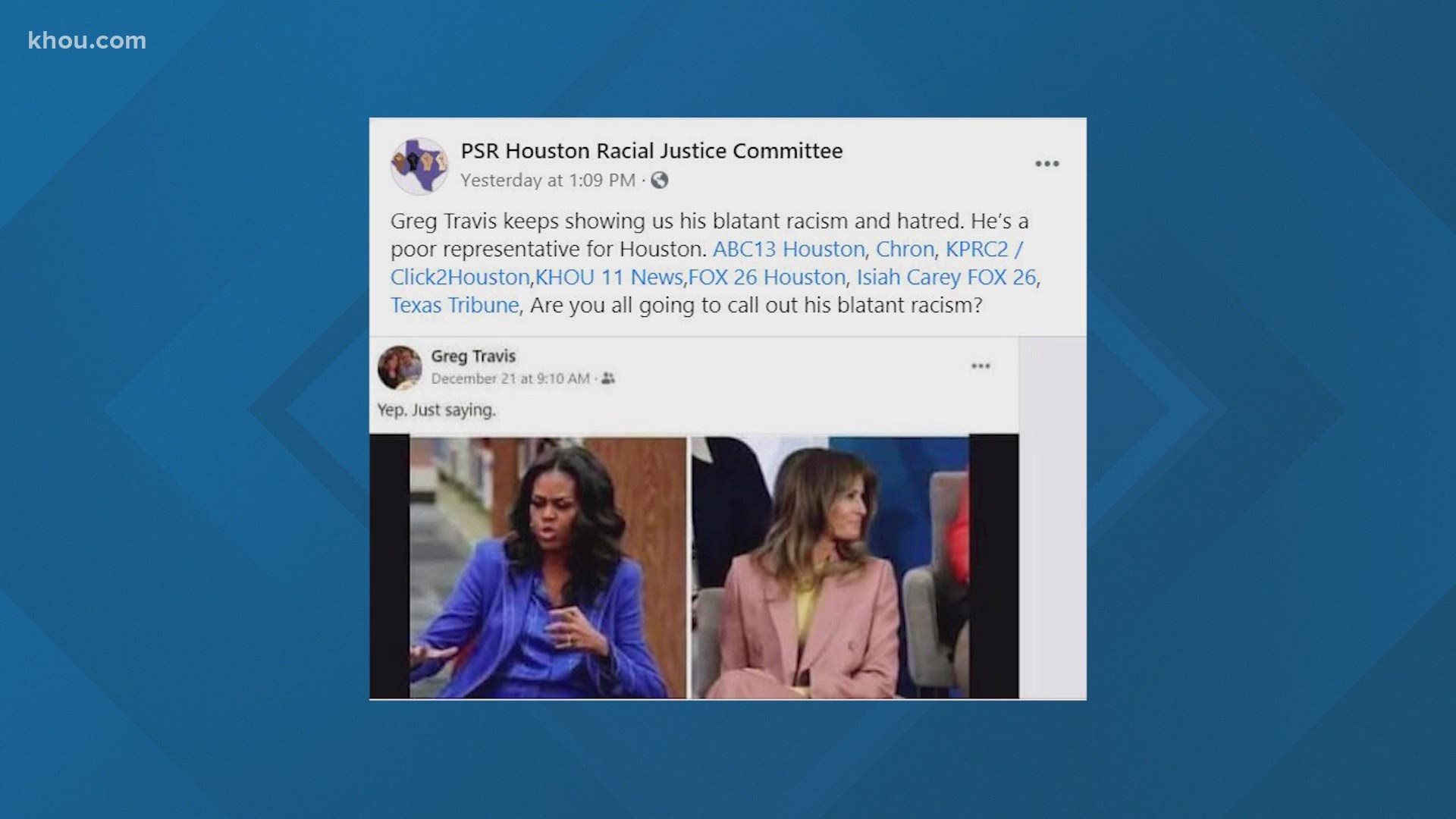 Last week, Greg Travis reposted a meme on his personal page. In it is an unflattering photo of Obama and a flattering picture of Trump.

Travis said Obama is “not bright” and believes she got into Harvard University because of affirmative action. Travis also made some brazen and unproven allegations against Obama, Harris and Clinton and their success.

Black Lives Matter, Invisible Houston and Houston Racial Justice Committee then posted some screenshots of the conversation, calling Travis a sexist and racist and demanding his resignation.

Travis took the posts down at the request of Mayor Sylvester Turner, whom Travis calls a personal friend. Mayor Turner confirmed that and said he is disappointed but has no other comment at this time.

Other council members have also took to social media calling the post unacceptable.