Houston celebrates the life of Lemuel 'DJ' Bruce, the first arson investigator killed in the line of duty

Bruce, 44, was a U.S. Marine who served the City of Houston for 17 years. He was killed in a shootout with a suspected arsonist in north Houston. 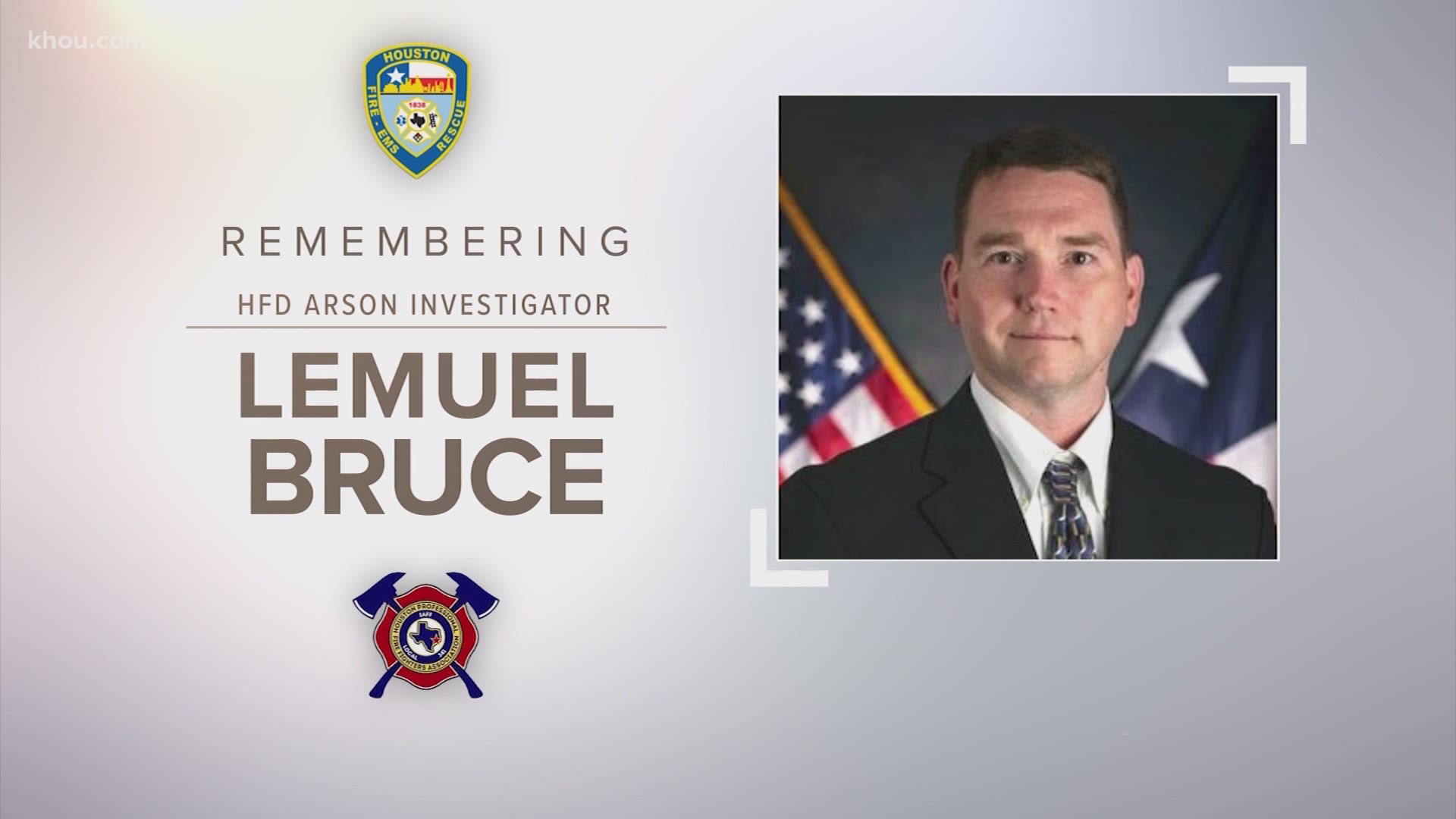 HOUSTON — Flags across Houston flew at half-staff today as the City of Houston and the Houston Fire Department celebrated the life of Lemuel Delray Bruce Jr. Friends and family knew Bruce by his nickname, "DJ."

The 44-year old Houston native is the city’s first arson investigators killed in the line of duty.

Hundreds of firefighters walked through Greenway plaza, following Bruce’s casket which was transported on the back of a Houston fire truck. Wife Rachel Bruce was escorted by firefighters into Lakewood Church for the this morning’s memorial service.

More than a half dozen firefighters, some of Bruce’s closet friends, shared details of Klein Oak High School graduate. “He’s rare. Irreplaceable. The best person I’ve ever known. The best father I’ve ever seen,” said Bobby Delgado. “He was a mountain of a man.”

“You see DJ was a movie buff and he had a million one liners,” said best friend and firefighter William Beatty.

“At the end of the day, if you would stick your head into his office and said, hey man I’m call it a night,” said HFD Arson Investigators Chris Simonton. “He would pull out his best 'Tombstone' impersonation with, 'well bye.'”

The whiskey-loving, beekeeping, never-ending box of knowledge served our country as a U.S. Marine. After military service Bruce became a Houston firefighter and EMT. Friends shared that Bruce loved to learn. It’s why the “over-achiever” became a licensed peace officer and arson investigator.

One of the youngest Black Hawk crew chiefs in the history of the U.S. Marine Corps, “DJ is the person I have called on the worst days of my life. And was always there for me, every time,” said Beatty. “Every time until what would become the single worst day of my life. October 16, 2020. Specifically, 4:43 a.m.”

Bruce and six others were surveilling a man suspected of starting fires in north Houston. Houston Police say a pursuit of the arson suspect ended with a shootout between the suspect and Bruce along W. 18th Street near Ella Boulevard.

“And it is because of DJ that we are better as a city,” said Houston Fire Chief Samuel Pena.

The HFD Arson Bureau is retiring Bruce’s radio number: 748. His son inherited his helmet. His daughter received his badge.

And as the 2.5 hour memorial service came to a close, an unidentified Houston firefighter came over a walkie-talkie and said, “investigator Bruce may your unselfish and noble actions be the most radiant pages in the biography of your soul.”