“There’s a lot of reason to celebrate. We’re back and we’re out and we’re proud, and here we are," Christopher Barry said. 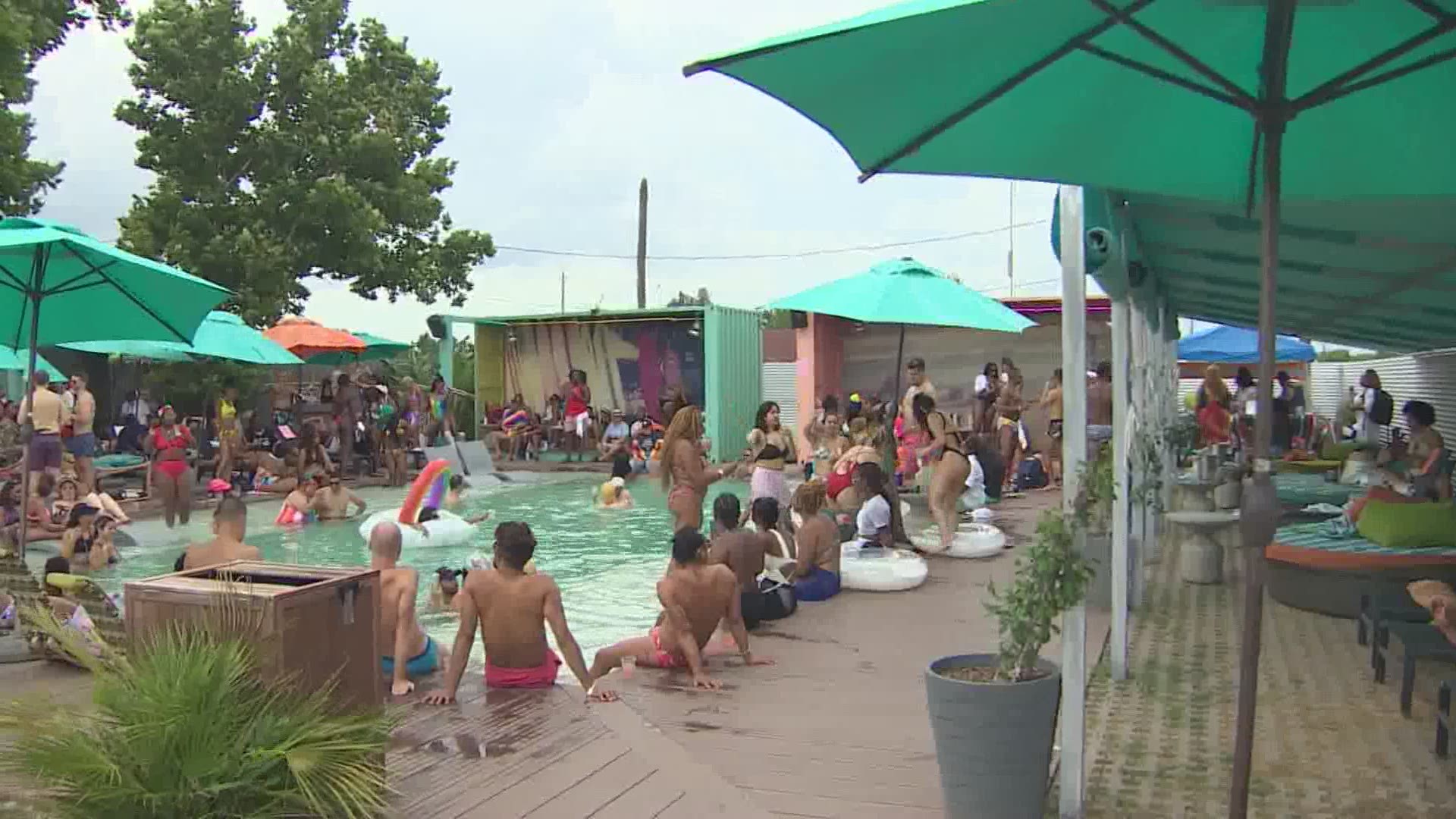 HOUSTON — Houston’s big Pride Parade may have been postponed this year, but that won’t stop anyone from celebrating this weekend, the last official weekend of Pride Month.

From rainbow pastries to pop-up pool parties, Houston is bursting at the seams with pride.

“The message that we’re sending to the community is we’re accepting of all people," said Bobby Jucker, co-owner of Three Brothers Bakery.

Three Brothers Bakery has their display stocked with rainbows. Jucker says they give support, but the community gives it, right back.

“We are so thankful that they do come and say we support you. And so for us, it’s a great boon for us," Jucker said.

Over in Montrose, for Buddy’s bar, it’s their very first time to host their pride block party.

"This is actually Buddy’s first Pride," owner Christopher Barry said. “We started 11 weeks before COVID. Obviously nobody anticipated COVID when we were building the bar.”

Chock full of fun events, some of the proceeds from the block party will go to nonprofits, but overall, it’s a just a place to be proud.

“There’s a lot of reason to celebrate. We’re back and we’re out and we’re proud, and here we are," Barry said.

As #Pride month winds down, we’re showing you some of the most colorful celebrations happening today in Houston! First up, Three Brothers Bakery has their display full of rainbow pastries, in honor of the LGBTQ community! 🌈🍪 @KHOU pic.twitter.com/jsO2Psx8ui

The celebrating continued east of downtown at the Pride Houston pop-up pool party at the El Segundo Swim Club.

Because of COVID, the nonprofit has switched to hosting several pop-up events instead of their big parade, but they plan to keep the party going even after June.

The last weekend in June is usually when Pride Houston hosts its large Pride Parade downtown, but don’t worry. This year, because of COVID, it’s just been moved to the fall.