'It's a proud moment': Kamala Harris' best friend is a Houston family attorney

Kamala Harris was in Melanie Miles' wedding and is also the godmother to her son. 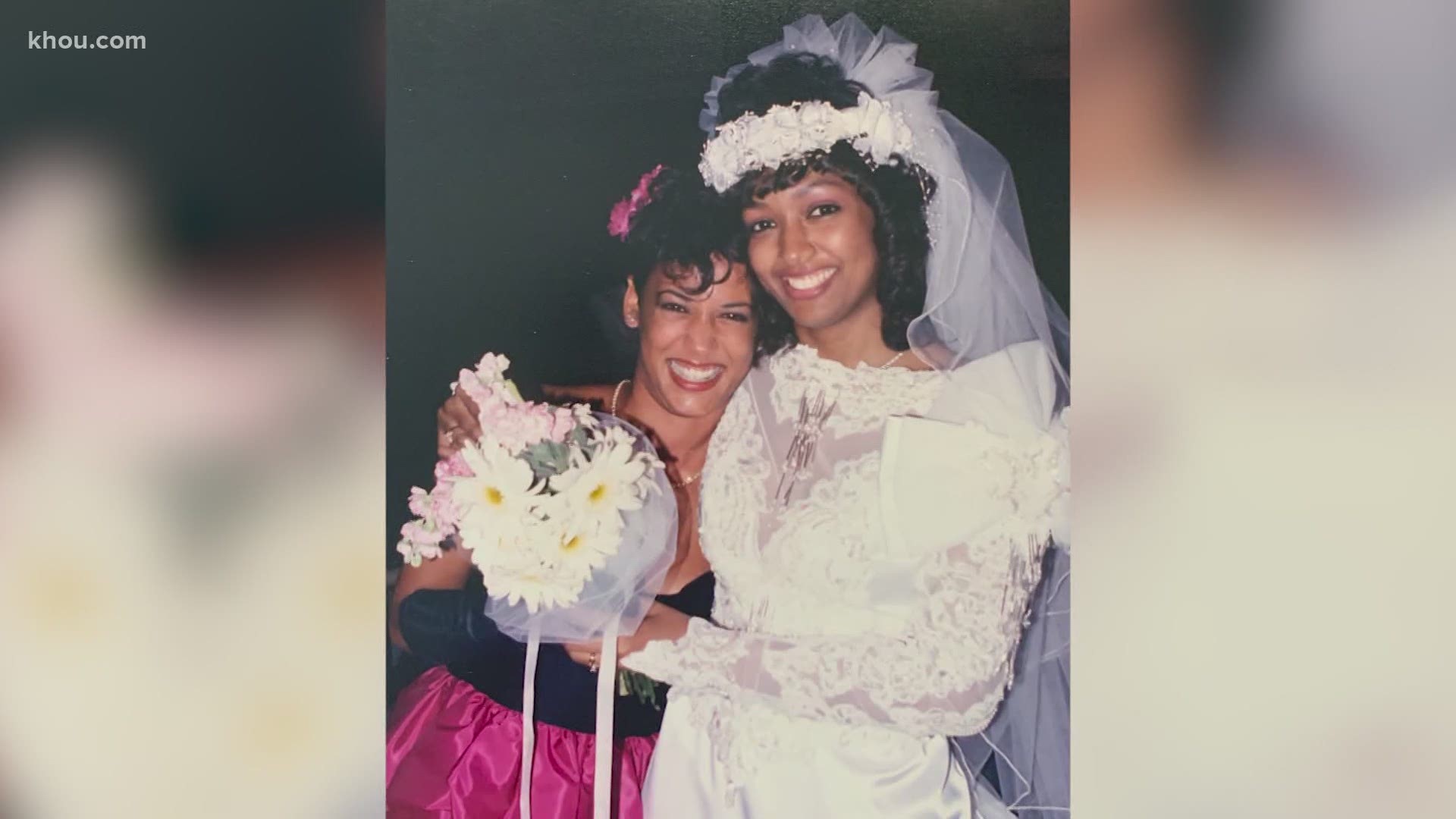 HOUSTON — Melanie Miles is a Houston family law attorney. But back in 1982, she was a student at Howard University and became friends with another student -- Kamala Harris.

Houstonians are still reacting to the announcement that Harris will be Joe Biden’s running mate in the race for the White House this November, but one person knows Harris well.

Harris and Miles are still great friends. Harris was in Miles’ wedding and is godmother to her son. Back in Howard University days, Miles said she convinced Harris to join the nation's oldest black sorority, Alpha Kappa Alpha. She acted as Harris' sponsor in the sorority and even came up with her line name.

"She may kill me for telling you, but it was 'C Cubed,' and its perfect for Kamala. Cool, calm and collected," Miles said.

Miles said Harris has her support and that of all her sorority sisters. Besides being the first Black woman on a major party's presidential ticket, Harris is also the first Indian-American.

George, who was born in India, but is a U.S. citizen, has been the target of racist attacks on social media. He said they have not stopped and expects Harris to be attacked as well.

“I understand she will get bashed, she's going to get attacked, but I don't think at this point it matters because the value she's gonna bring to the ticket is the most important thing, and that is incredible," George said.