The waitress is beyond grateful for the random act of kindness from one of Houston's finest. 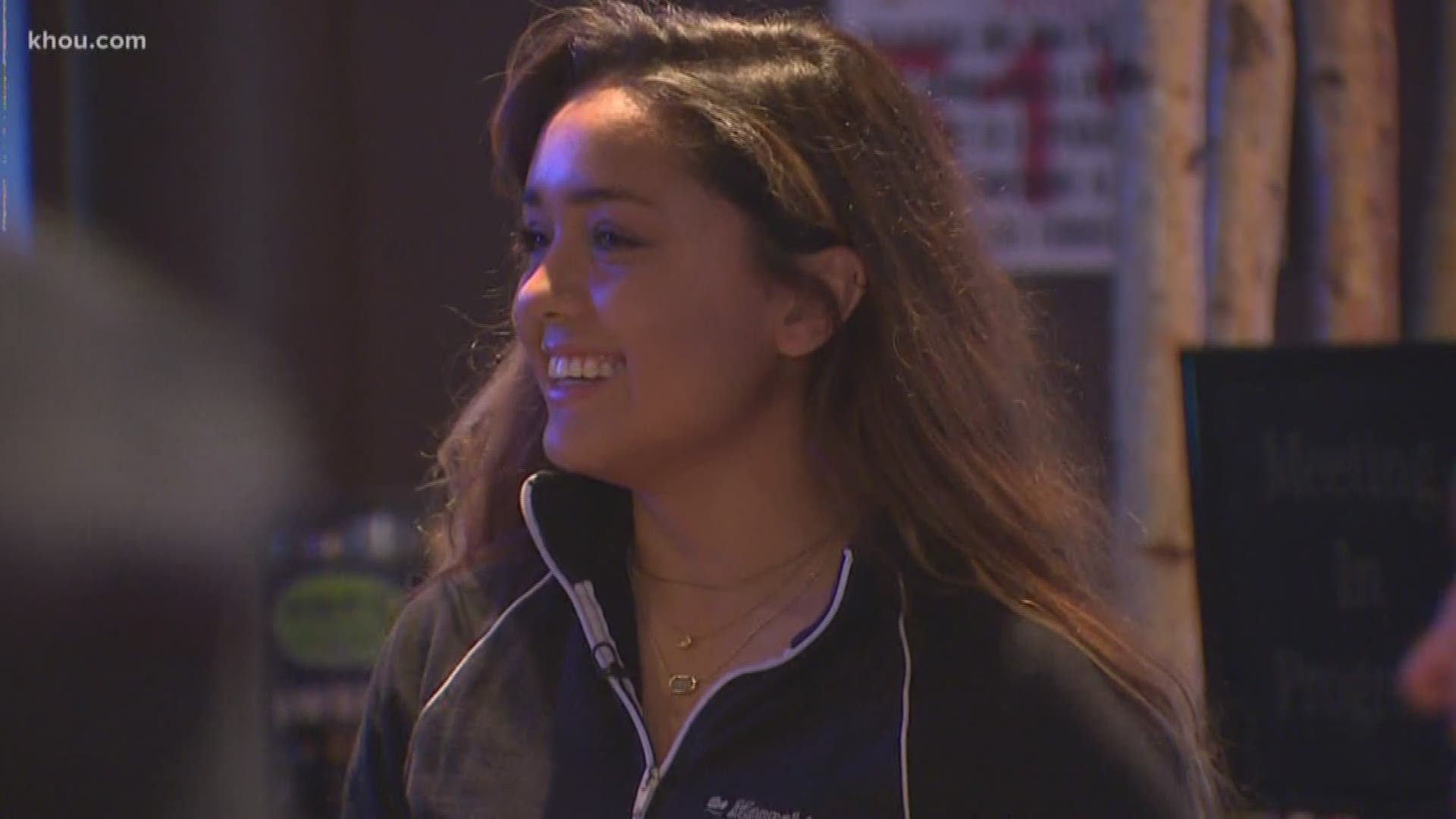 HOUSTON --- Houston Astros All-Star Alex Bregman leaves behind a $500 tip for a waitress who could use the help.

Jordan Thompson was having a day to forget when she showed up to work. Her car had been broken into that same morning, but she still managed to show up.

"I was pretty stressed out and pretty emotionally overwhelmed, but I made sure to focus on my work. I wanted to clear it out of my mind," Thompson said.

Her boss Sam Aceituno-Zaldana heard about what happened and within 30 minutes, got a call from Bregman.

The third baseman was filming part of a new YouTube channel, dedicated to random acts of kindness during the offseason.

He asked Sam if there were any "waitresses there that are single moms or are struggling with college tuition."

Sam admits he was a little shocked, but knew exactly who to help. He explained Jordan's story to Bregman.

"He was like I'll be there in 30 minutes," Aceituno-Zaldana said.

The video follows a nervous Bregman, buzzing with anticipation for the surprise they had in store.

Bregman and his friends are seated before making small talk with Jordan and asking her where she went to school.

She brings them iced tea and that as it turns out would be the only thing the order. Bregman explains how they have to take off abruptly and begins to leave a $500 tip on the table.

"I just saw it and stopped. I didn't even think about anything. I just stopped and started crying," Thompson said.

She finds Bregman outside, where the two hug and Bregman can be heard saying, "I hope this helps."

As Jordan explains, this is the relief she was hoping for so she can focus on school.

Bregman plans to continue these random acts of kindness all over Houston and posting about it throughout the postseason.