The new MFAH Kinder Building is home to exhibits that defy the imagination. 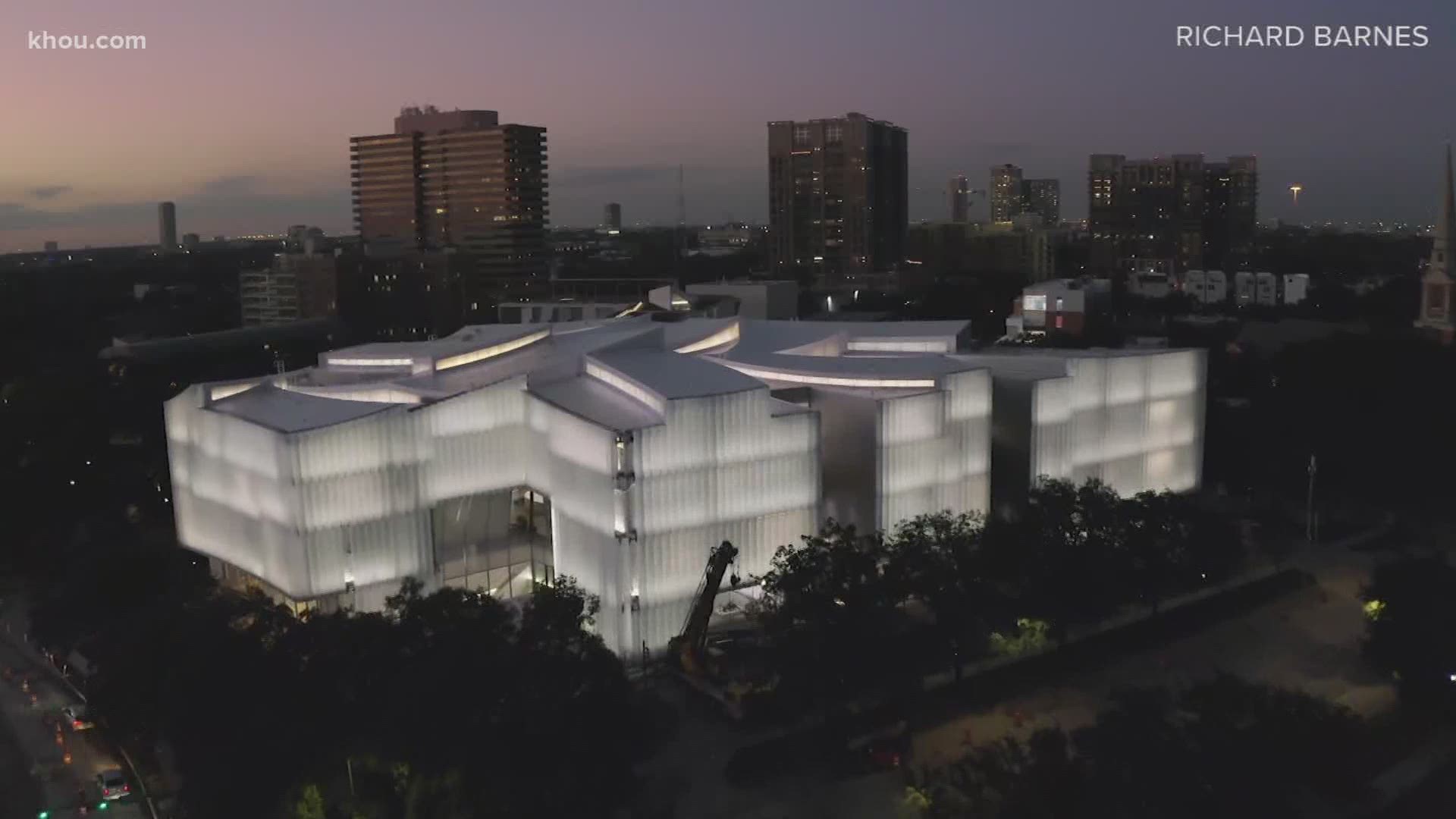 HOUSTON — Something very special will open for the public in Houston on Saturday.

The Museum of Fine Arts Houston will unveil the final piece of a nearly half-billion-dollar expansion project following years of construction and almost a decade of fundraising.

The exhibits at the Nancy and Rich Kinder Building defy the imagination.

The massive addition features three floors of galleries circling a three-story atrium, a 200-seat theater and a restaurant overlooking a sculpture garden.

The building is connected to the rest of the museum campus across the street by underground tunnels.

“I’m in the McNair Education Court where each year 50,000 students will descend this stair and enter this magnificent tunnel,” MFAH director Gary Tinterow explains in a pre-taped guided tour. “At the end, it’ll be like that scene in the Wizard of Oz.”

The expansion is part of a fundraising effort that started back in 2012 which has raised $470 million.

The exhibits inside the Kinder Building feature a wide variety of artists from all over the world.

“The most important and comprehensive collection of Latin American modernism north of the equator,” Tinterow said while explaining one of the collections on display.

Nearly 25% of the artwork in the building was created by Latin American and Latino artists. One installation titled “Lote Bravo” is composed of 400 adobe bricks divided into two stacked rows. The bricks are made from the soil of a site in Juarez, Mexico, where the bodies of murdered women were found.

With plenty of space and works of art that encourage the imagination, the new addition is a visual example of an ever-changing world.

“To signal our mission to bring art to the community,” Tinterow said.

The Kinder Building opens to the public on Nov. 21. Admission is free Nov. 21 through Nov. 25.