Police say speeds reached over 130 mph as the suspects drove onto U.S. 59 toward Nacogdoches. 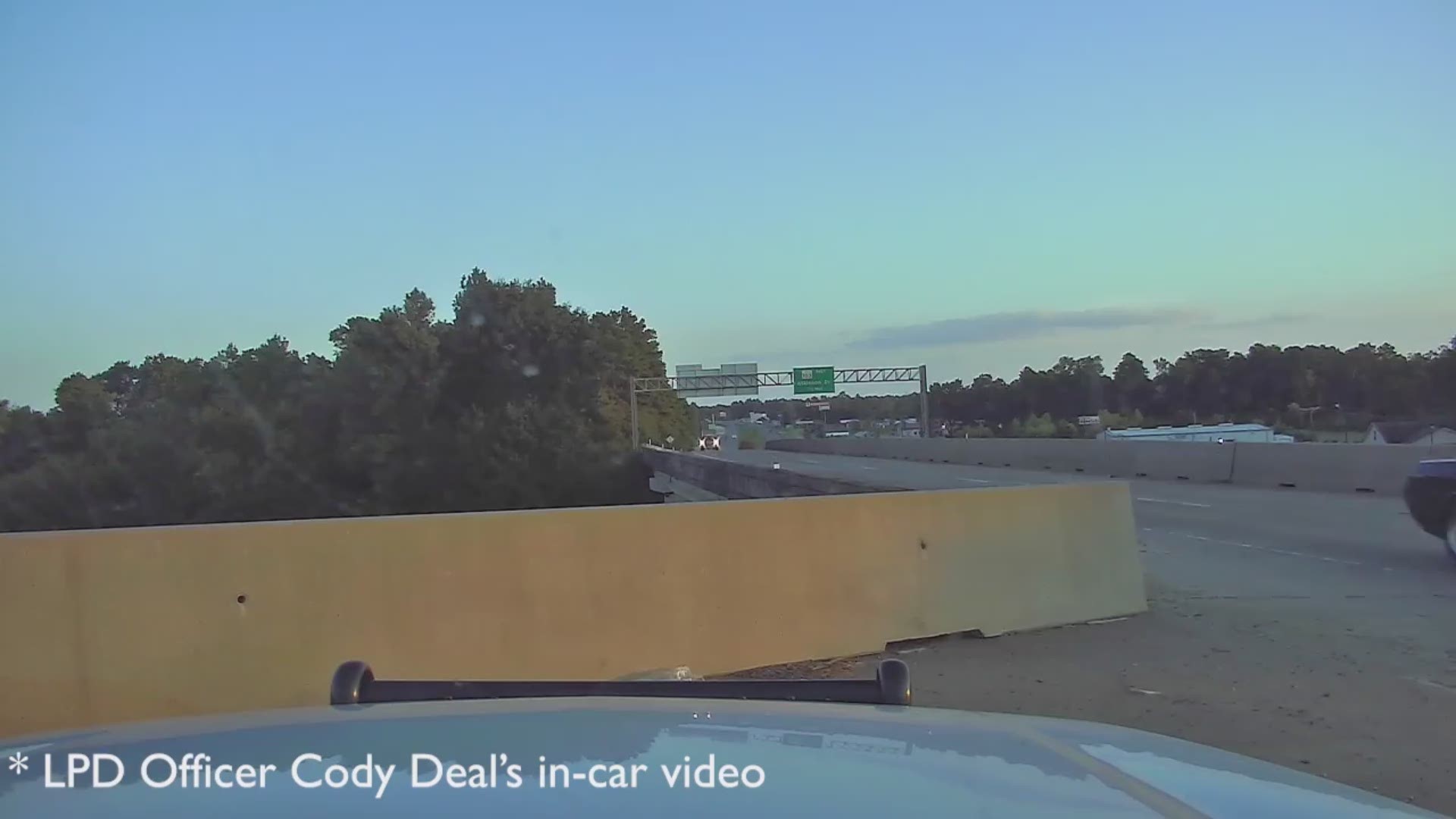 LUFKIN, Texas — The Lufkin Police Department has identified the Houston-area bank robbery suspect who was killed Thursday night after police say he led officers on a chase.

According to LPD, around 11:30 a.m. LeEdward Hopkins, 43, of Houston and another man identified as Tony Mitchell, 42, of Houston, robbed First State Bank of Louise at gunpoint. The men fled the bank with an "undisclosed amount" of cash.

DPS received information that Hopkins was in the Lukin area, headed north on Loop 287 in a black Dodge Challenger R/T.

Police say officers attempted to stop a vehicle on Loop 287 at Old Moffett Road at about 7:10 p.m.

Once Hopkins reached the Woodland Hills Golf Course and veered off the road and came to stop in a tree line near the 12th hole. The car’s engine block caught fire, but it had been thrown from the vehicle.

Hopkins was killed on impact.

An "undisclosed amount" of cash was recovered from the vehicle, along with a loaded pistol.

Mitchell was not in the vehicle with Hopkins at the time of the crash. Mitchell remains at large.