Nearly 600 evictions were filed in the Houston area last week. 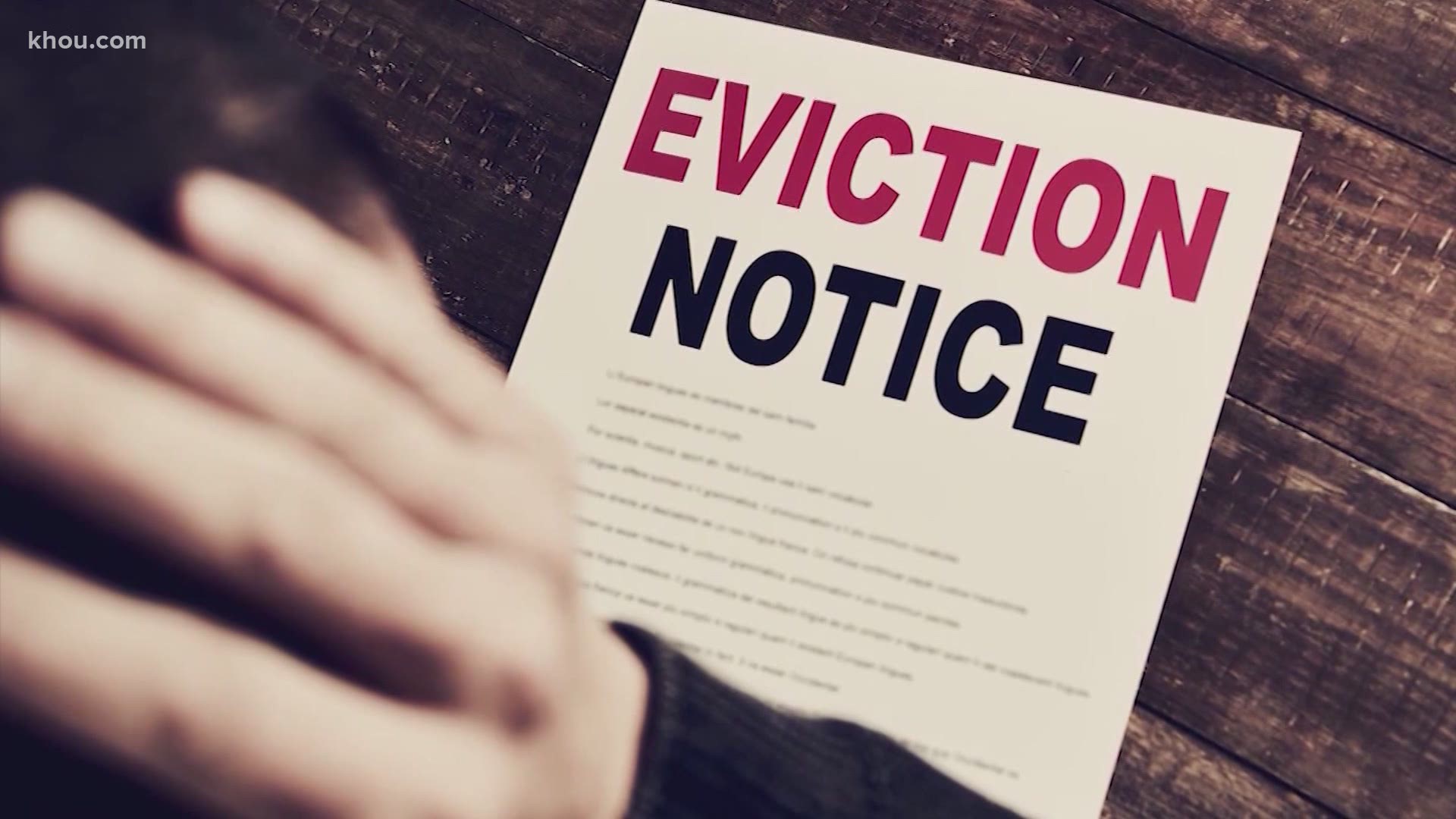 HOUSTON — The Houston area still leads the rest of the country in the number of evictions filed since the CDC eviction moratorium took effect at the start of September.

Nearly 600 evictions were filed last week in the region, according to Princeton University’s eviction tracker.

“We are still seeing more evictions in Houston and Harris County than in any big city in the country,” said attorney Dana Karni with Lone Star Legal Aid.

The numbers were high before the moratorium became effective.

“Over 11,000 evictions that were filed ever since the pandemic broke, and we are leading the country in the number of evictions compared to any other city, and that is a tragic and shameful statistic for the City of Houston and for Harris County,” Karni said.

But there are likely many more evictions happening that are never filed with the courts.

“Lots and lots of tenants will start packing the moment they get a notice to vacate,” Karni said. “There’s such a tremendous fear that there will be an eviction filing, that people up and leave.”

Tenants must sign a declaration form and appear for their eviction hearing to qualify for the moratorium.

Karni suspects fear of the legal system has kept some tenants from going to court or getting free legal assistance which could provide them shelter under the moratorium.

The National Apartment Association joined landlords in a federal lawsuit against the CDC and the Trump administration. They say the moratorium is unconstitutional and landlords cannot operate without payment.

The Eviction Defense Coalition at non-profit Lone Star Legal Aid was created during the pandemic to assist low-income tenants with their eviction proceedings.