"Simplified Arrivals" will also decrease touchpoints at Customs and Border Protection checkpoints to stop the spread of COVID-19. 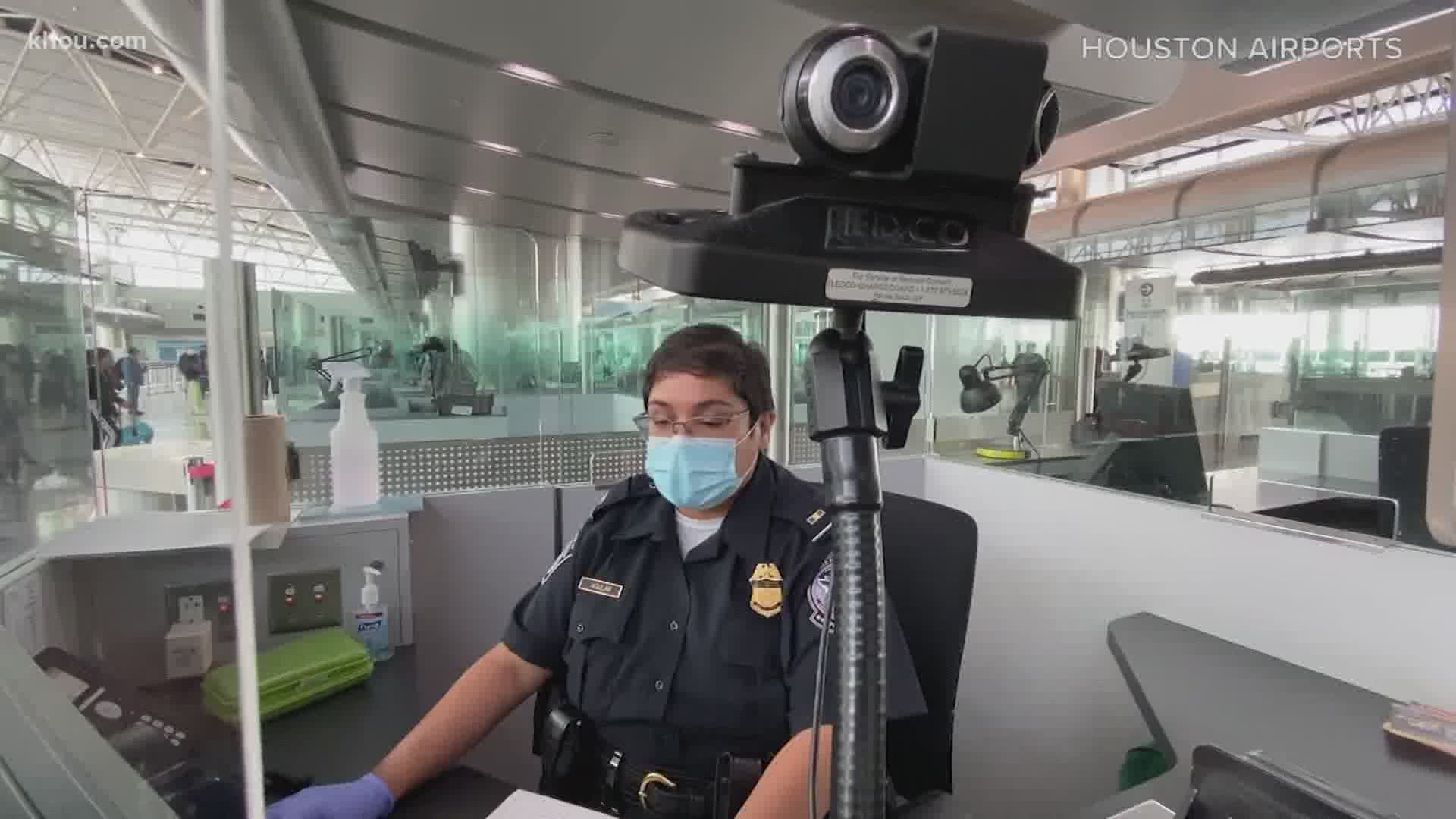 The technology is called "Simplified Arrivals" – a camera takes a picture of the arriving international traveler and compares it against a federal database of previously provided photos, such as passport or visa photos.

It reduces the need for passengers to provide fingerprints or scan documents.

Houston is the only U.S. city to have two airports (Bush Intercontinental and William P. Hobby) equipped with facial comparison technology at international arrivals checkpoints.

If a passenger cannot be matched to a photo on record, the CBP officer will process the passenger manually.

Houston is now the only city in the U.S. to have two international airports equipped with facial comparison technology for international arrivals. https://t.co/0Hdny61zxN

Murdock also addressed the issue of privacy, saying photos taken for Simplified Arrivals are only compared against passport photo or other photos already provided to CBP, such as a visa. The photos are stored in a secure, cloud-based environment, and biometric templates cannot be reverse engineered for use outside of CBP.

IAH and HOU airports are expecting to serve more than 800,000 passengers during the 11-day Thanksgiving travel period - starting the Friday before Thanksgiving to the Monday following the holiday, according to a spokesperson for the Airport System.

They expect passenger traffic to be down about 50 percent from the same period last year, but said air travel has steadily increased since the lowest point of the pandemic in April. Overall, November passenger numbers in Houston are expected to see a recovery of nearly 40% compared to April, the spokesperson said.

The CDC issued new guidance Thursday that people should strongly consider not traveling for the Thanksgiving holiday, as COVID-19 case numbers rise rapidly across the country.