It took about an hour to get the fire fully under control. 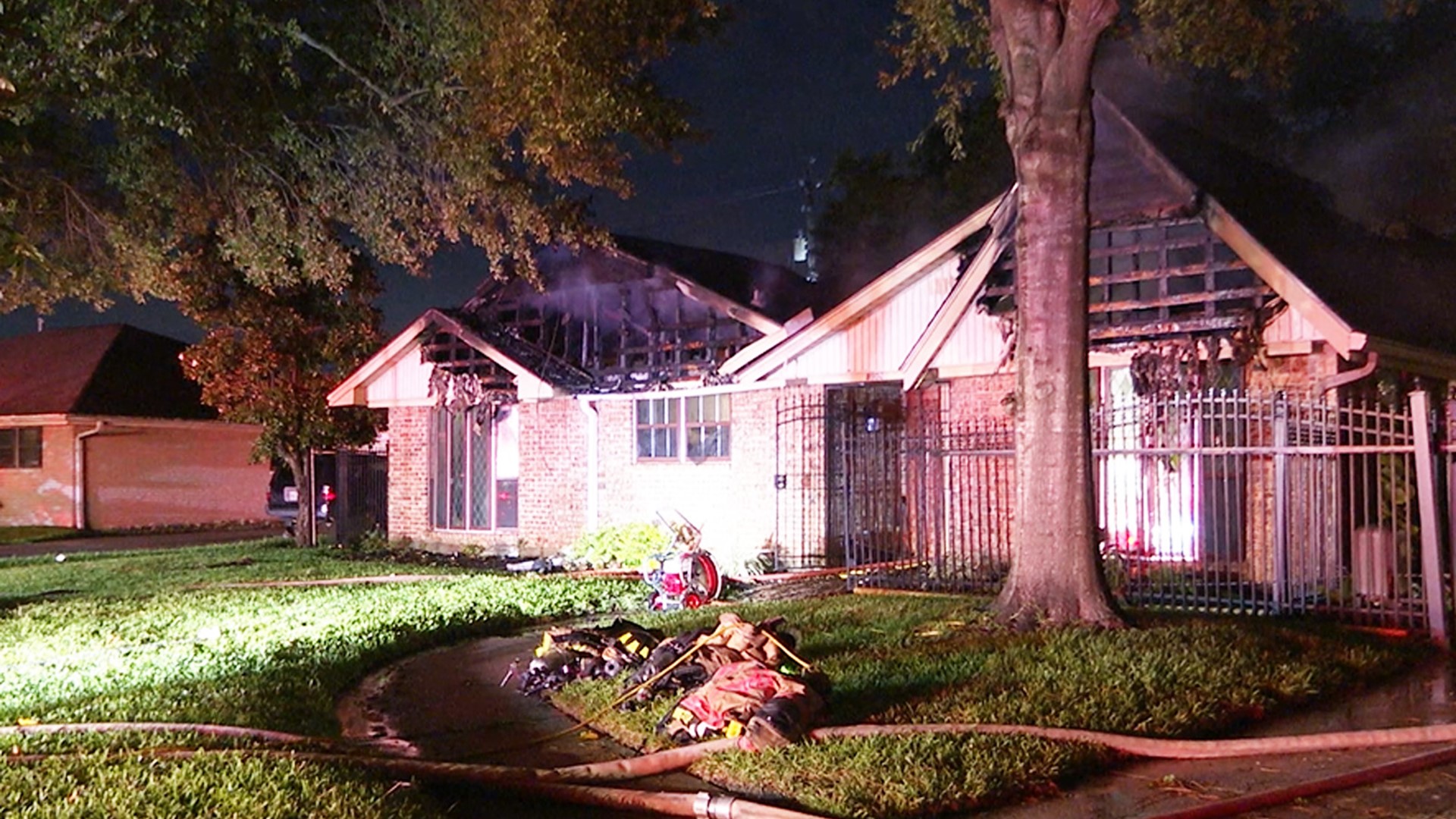 HOUSTON — Three Houston Fire Department firefighters were taken to the hospital to be treated for the injuries they received while battling a house fire early Wednesday.

When firefighters arrived, the one-story home was already engulfed in flames.

Other firefighters were suffering from the heat and humidity and had to be rotated out often, Chavez said.

The firefighters hurt by the debris were taken to the hospital as the rest of the crew went into defensive mode. Their conditions were not immediately known.

It took about an hour to get the fire fully under control as it extended from the home to a four-car garage as well. The cause is under investigation.