Lightning strike possible cause of house fire in west Houston

Firefighters are still investigating to see if lightning was the cause of the fire. No one was injured. 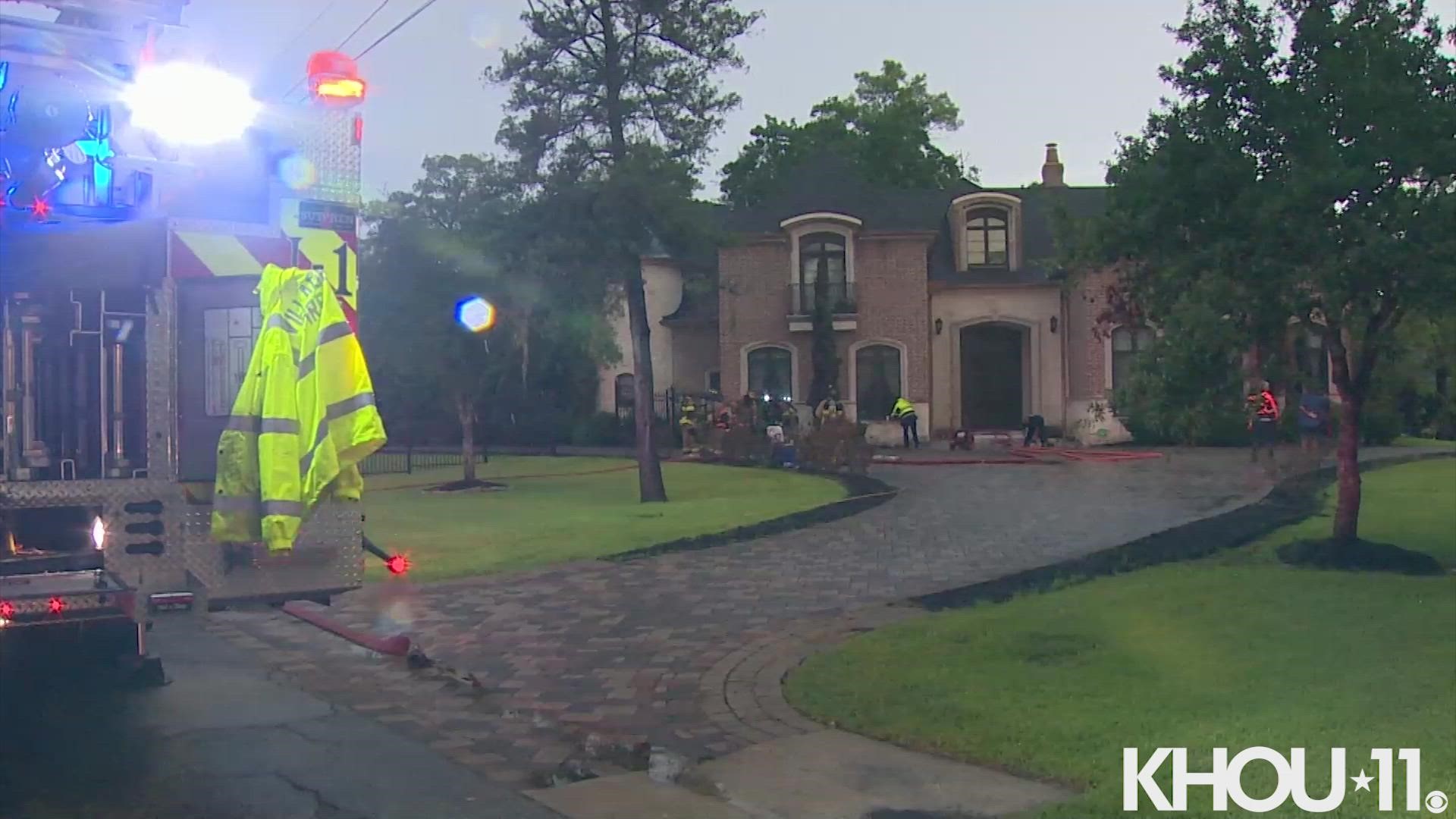 HOUSTON — At least two fire departments battled a house fire Monday morning in west Houston that was possibly caused by a lightning strike.

The cause of the fire is still under investigation, but video from the scene shows a giant hole in the roof of the home where the lightning may have struck.

This happened at the intersection of Bunker Hill Road and Carl Lane.

Fortunately, no one was injured but some of the home did sustain quite a bit of smoke and water damage.

We are working to gather more information. We'll post it here when we have it.