Investigators said the man was trying to "decontaminate himself" and accidentally lit himself on fire. 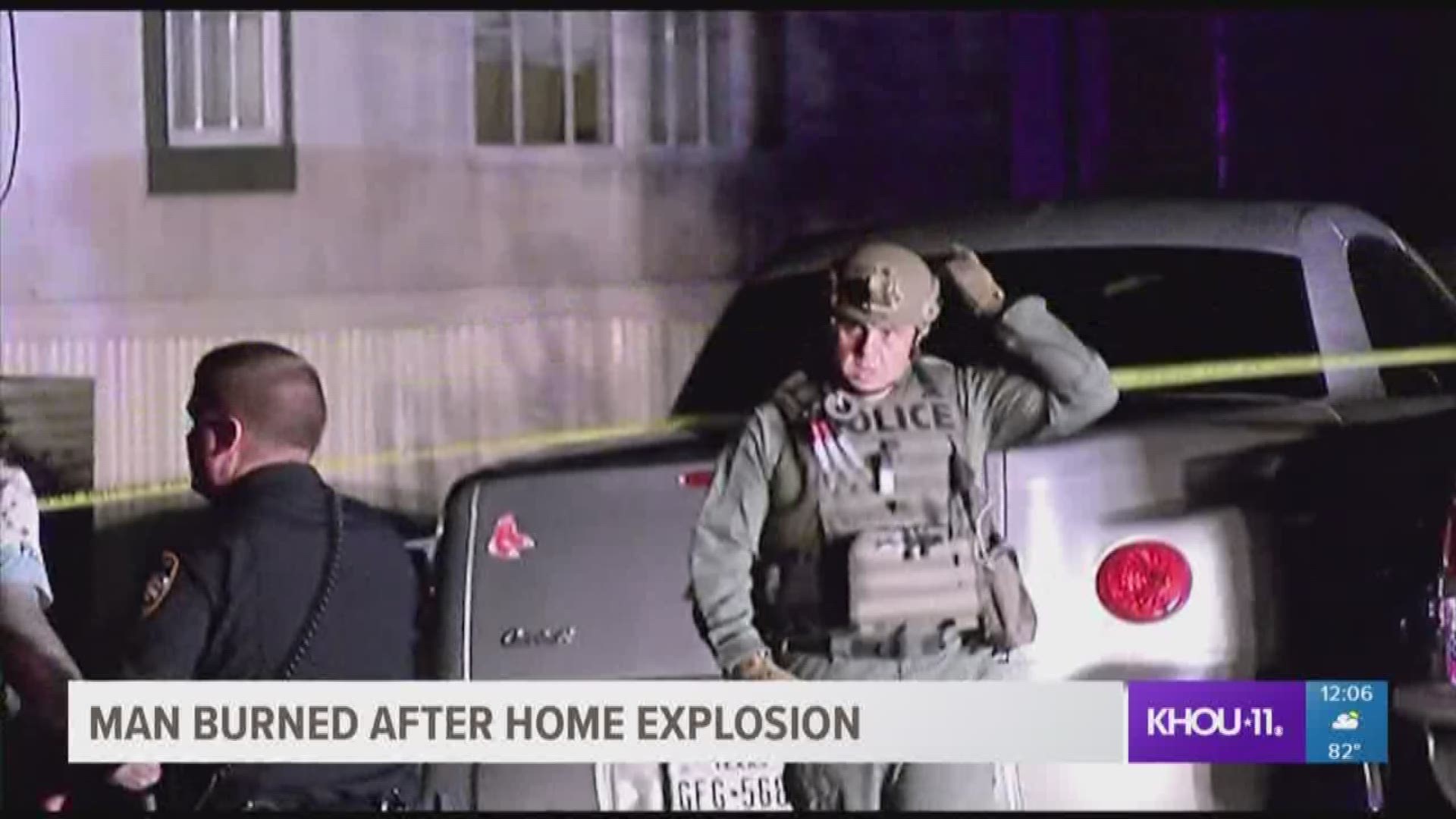 MAGNOLIA, Texas – A man was critically injured during an explosion inside his home in Montgomery County late Tuesday night.

The Montgomery County Sheriff’s Office says it happened around 10 p.m. at a home located on Timberloch Trail in the Magnolia area.

Firefighters found the man naked, with second and third-degree burns over most of his body. He was taken to Hermann Memorial Hospital in Houston in critical condition.

Through interviews, deputies learned the man was trying to decontaminate himself of bugs by spraying brake cleaner fluid all over his body.

He then tried to use a vacuum to "remove the bugs." At some point, the vacuum sparked and because of the gases in the atmosphere, it exploded.

The back wall and windows inside the home were blown out.

Deputies noticed wires and what appeared to be large batteries inside the home as well and immediately left.

The Montgomery County Fire Marshal's Office bomb team was called in and no other explosions occurred.

Investigators also mentioned they found a lot of empty canisters of brake cleaner fluid scattered around the home.

It's unclear if the man was under the influence of alcohol or drugs. He will be interviewed once he is awake.