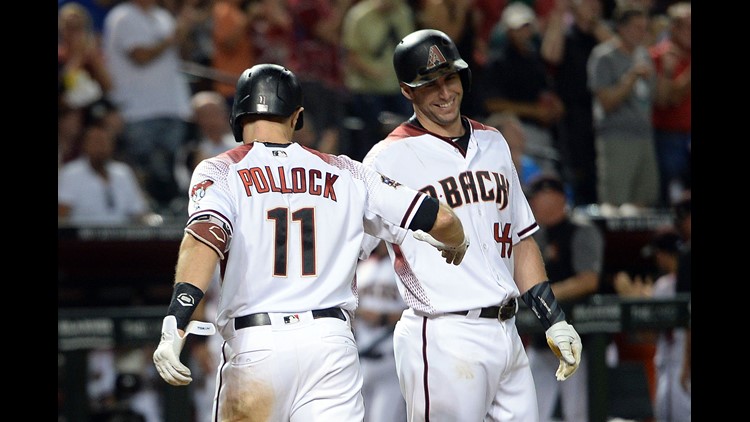 The hot stove is finally heating up around Major League Baseball.

Clubs across the league are active in not only declaring their direction for 2019 and beyond, but taking steps to make that direction a reality. We’ve seen the New York Yankees, New York Mets, Atlanta Braves, St. Louis Cardinals, Seattle Mariners, Arizona Diamondbacks, Washington Nationals, and Philadelphia Phillies be aggressive early in free agency or through the exchange of prospects for proven, impact talent.

The Mets have busy carrying out the mission that ownership decided on when it hired former agent Brodie Van Wagenen as the club's general manager. They’ve acquired Robinson Cano and Edwin Diaz from the Mariners for high-ceiling prospects like Jarred Kelenic, Justin Dunn, and Gerson Bautista; as well as two established major leaguers with high salaries in Jay Bruce and Anthony Swarzak.

They’re not done yet, either. They could possibly acquire J.T. Realmuto from the Marlins, as well. Mix in a free agent like outfielder A.J. Pollock and another starter, and you have yourself a club that should compete.

The Phillies acquired Jean Segura from the Mariners, as well, for Carlos Santana and J.P. Crawford. Santana isn’t a fit in Philadelphia with the emergence of Rhys Hoskins and Hoskins' need to play first base. Crawford needs to return to the things that made him one of the best prospects in the game and a change of scenery should allow for Just that.

The Nationals have signed Patrick Corbin, arguably the best starter available on the free agent market, to a six-year contract. This gives them a rotation of Max Scherzer, Steven Strasburg, and Patrick Corbin. Add in deals for catchers Yan Gomes and Kurt Suzuki, respectively, to go with a pair of relievers in Trevor Rosenthal and Kyle Barraclough and you have to believe Washington is not done yet. The Nats will no doubt make another push to re-sign their own free agent, Bryce Harper, and who knows, maybe they'll take a run at Manny Machado.

That’s a lot for sure and maybe out of the realm of possibility, but they’re starving for a championship in Washington and anything is possible.

The Cardinals pulled off a huge deal for first baseman Paul Goldschmidt, a player who many suggested could end up in Houston. They sent back a package of players to the Diamondbacks headlined by Luke Weaver and Carson Kelly; while still holding onto Dakota Hudson and positioning themselves to once again be players in the NL Central with the Milwaukee Brewers and Chicago Cubs.

In Atlanta, the Braves have added Brian McCann to go with Tyler Flowers; and signed Josh Donaldson to a one-year deal. Both McCann and Donaldson are veteran clubhouse presences that have a hunger for winning and should be mentors to the young players while contributing to another postseason run.

The Yankees added James Paxton and are aggressively looking for more via free agency and the trade market. You’ll likely see Sonny Gray moved at some point, and they’re lying in the weeds in Harper.

The Diamondbacks and Mariners are doing exactly what they should; retooling and reloading their minor league systems with a ton of high-ceiling talent which they can grow and re-start new windows of competitiveness within a couple years. For me, the Mariners rebuild will take longer than Arizona’s; but Seattle exec Jerry Dipoto isn’t done dealing yet (he never really is) and there’s more to be traded away which can bring back value to fit the club's direction.

Which team did I miss?

They’ve signed a catcher (Robinson Chirinos) to help fill the void and traded for a utility infielder in Aldemys Diaz. However, they missed out on both Paxton and Goldschmidt in trades and likely Realmuto, as well.

They’ve still got a lot missing at the big league level to win again in October.

The most glaring holes are the ones behind Justin Verlander and Gerrit Cole in the starting rotation. Nothing has been done to address any need there with impact; either short or long term. While the free agent market is still developing, I have to believe that if the minor league system is truly as deep as some have stated it is, trades would’ve happened for a Goldschmidt or Realmuto without having to give up Forrest Whitley.

They’ve got guys that throw hard on the mound and hit it far in batting practice, but the ceiling in the system is down as all the players signed by Bobby Heck and David Post are contributing at the major league level.

The Astros have to do something.