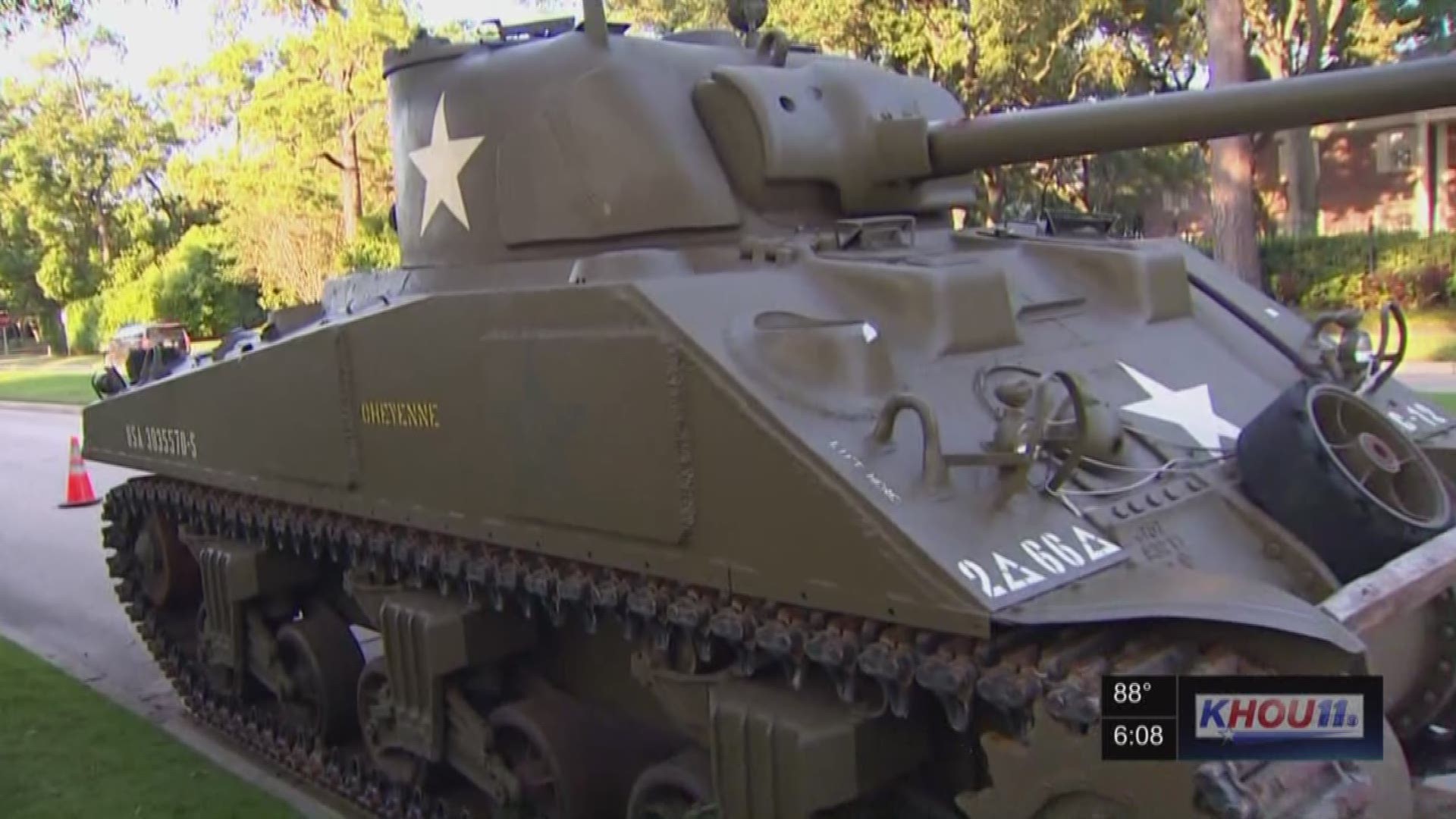 In the heart of River Oaks, neighbors are coming face to face with history without ever leaving the neighborhood.

"Took a year to get here but now it's on River Oaks Boulevard," said Buzbee. "This particular tank landed at Normandy. It liberated Paris and ultimately went all the way to Berlin. There's a lot of history here."

But now the River Oaks Property Owners group isn't happy about it.

"It's not violating any ordinance, but for some people it makes the homeowners association uncomfortable," said Buzbee.

They sent Buzbee a letter saying the tank "impedes traffic", causes a "safety issue" and is causing "serious concerns for neighbors".

"If you're offended just lighten up, my goodness it isn't hurting anyone," said Buzbee.

But finding concerned neighbors wasn't easy. Everyone we spoke to loves it.

"I wish it was permanent," said Douglas. "I think it's an asset and I think if you watch the cars come up and slow down, you say to yourself, 'wow, that's America.'"

Buzbee says he's not losing too much sleep over that HOA letter. For now though, he's keeping his new tank right where it is.

"The problem is there is no action they can take," said Buzbee. "They can ticket it or they can try to tow it, but the truth is unless I decide to move it, it's not going anywhere."

Buzbee says the tank will eventually end up on his ranch in east Texas.