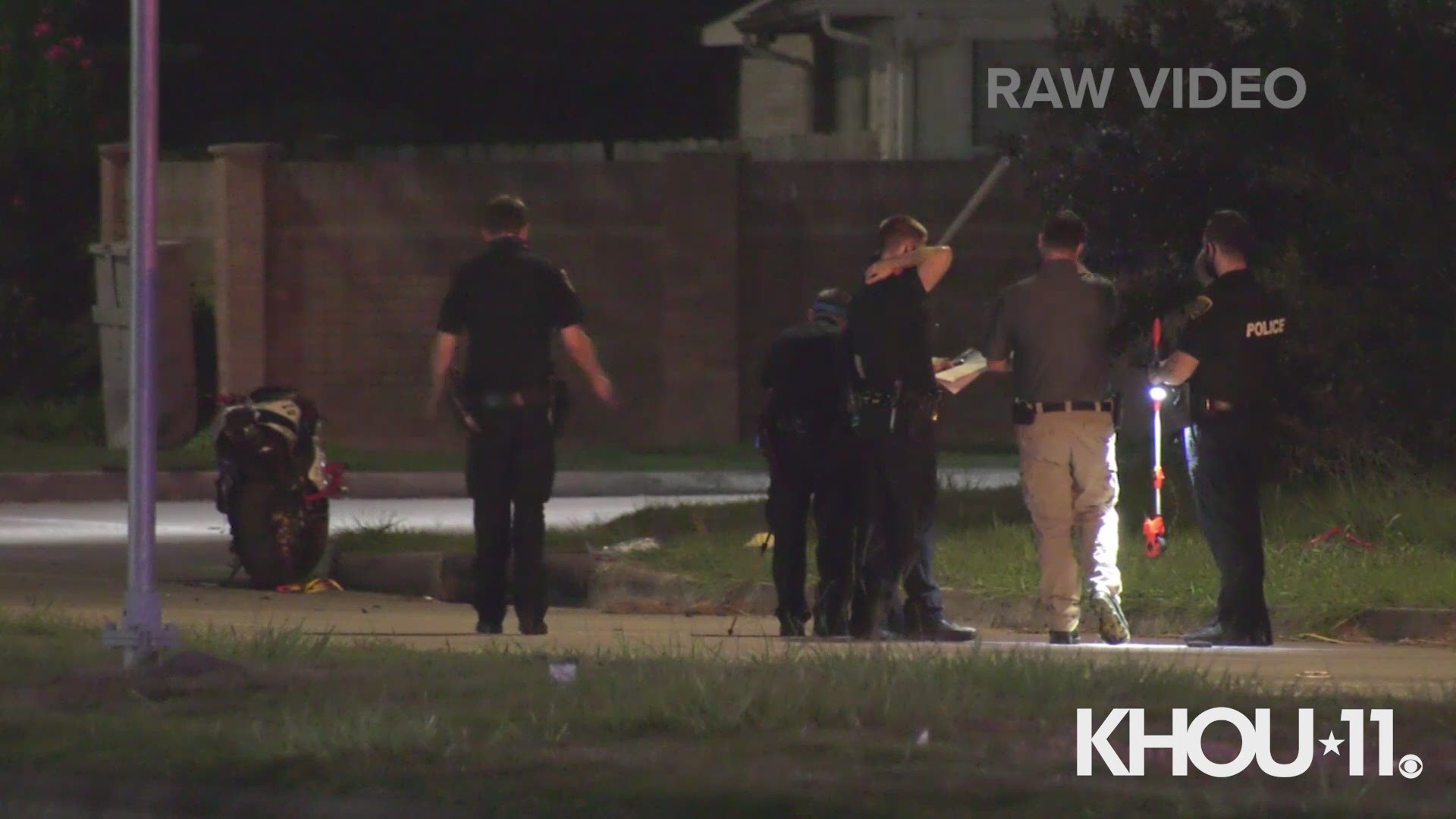 HOUSTON — A motorcyclist is badly injured after a crash early Tuesday with a hit-and-run driver, according to the Houston Police Department.

Investigators said going eastbound when it was struck from behind by a black four-door Toyota truck. That motorcycle then crashed, and the Toyota truck kept going, police said.

Police said they have one witnesses who saw the entire incident. They didn't see the vehicle's license plate, but they did go and assist the victim.

The motorcyclist was reportedly taken to Clear Lake Regional Hospital with a major injury to his left leg.

Incident is currently being investigating.

OTHER LOCAL NEWS ON KHOU.COM