History made: 17 African-American women sworn in as Harris County judges

Expectations will be high, but for these women, with more than 200 years of experience between them, they're more than ready. 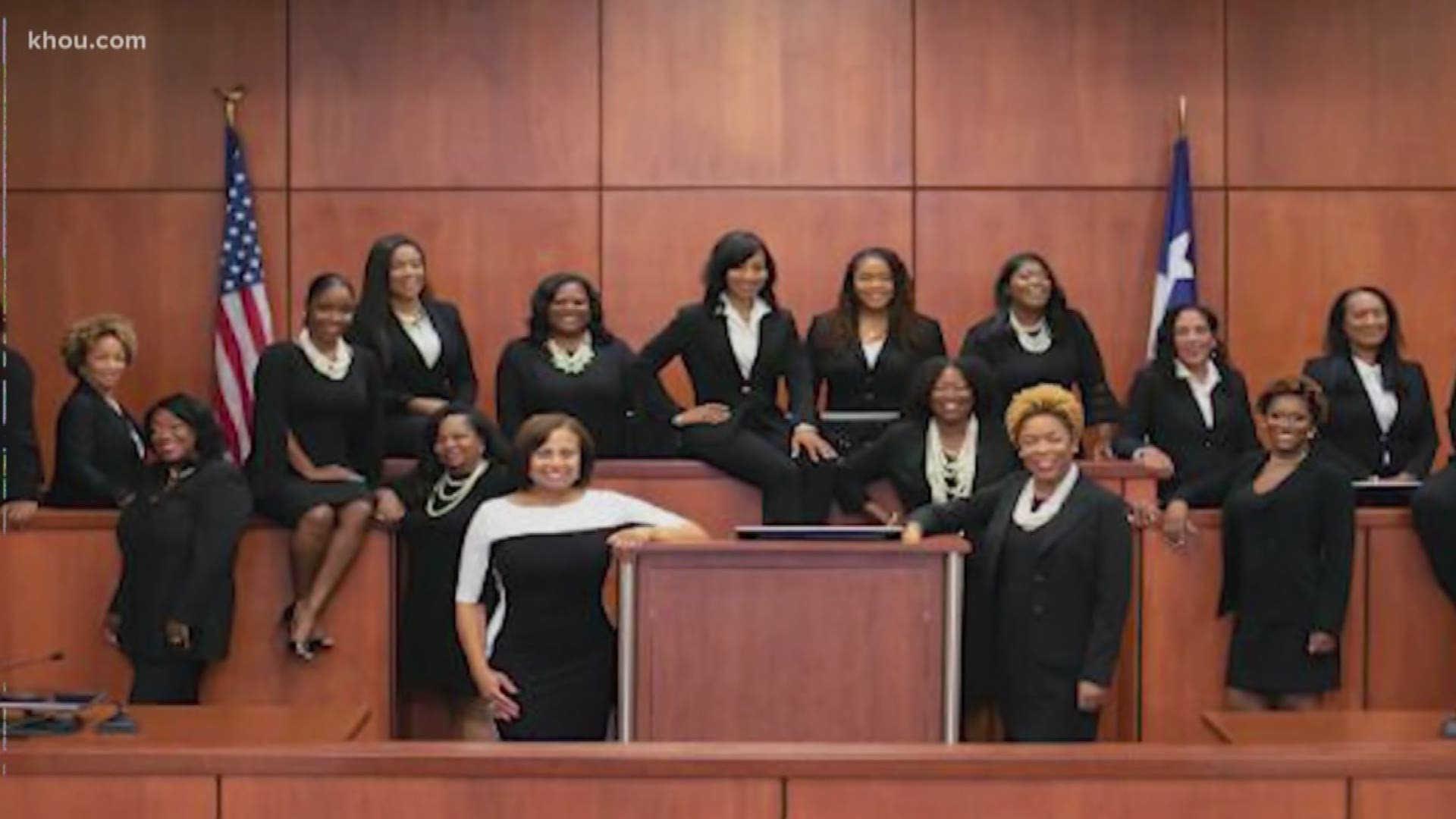 HARRIS COUNTY, Texas - On the eve of their historic ceremony, we heard from some of the African-American women riding the blue wave into Harris County office.

Erica Hughes is one incoming judge for the criminal courts who says her docket is already filled for her first day. The excitement is more like butterflies for right now, but Hughes says she can’t wait to start.

“I even have my stuff laid out on the bed. Kind of like the first day of school,” Hughes said.

It’s a moment she plans to cherish, although she admits many of the women had no idea of the significance this election would hold.

As she puts it, no one knew the other person was running.

It wasn’t until after they began running into each other at campaign functions that Hughes said, “Wow. There are 19 African-American women on the ballot.”

At the very least, incoming judge Latosha Lewis Payne figured it was worth a photo. It didn’t take long for the image took over social media with the hashtag “Black Girl Magic.” Angela Graves-Harrington says for her, it was about giving people an opportunity to see judges who fairly represent the diversity in Harris County.

“I also wanted to serve as an inspiration for all those people who wondered if they could. Yes you can,” Graves-Harrington said.

“I for one am looking into making sure that every person who has a legal case, has an equal opportunity for justice,” Payne said.

It starts with those already behind bars. Hughes says for those who can’t afford an attorney or bail, it shouldn’t mean a life sentence.

“Most of the offenses are low level offenses and we’ve done research. I’ve looked at research that people need to have rehabilitation,” Hughes said.

Expectations will be high, but for these women, with more than 200 years of experience between them, they’re more than ready.