Four people, including one student, were on the bus at the time, but no one was injured. 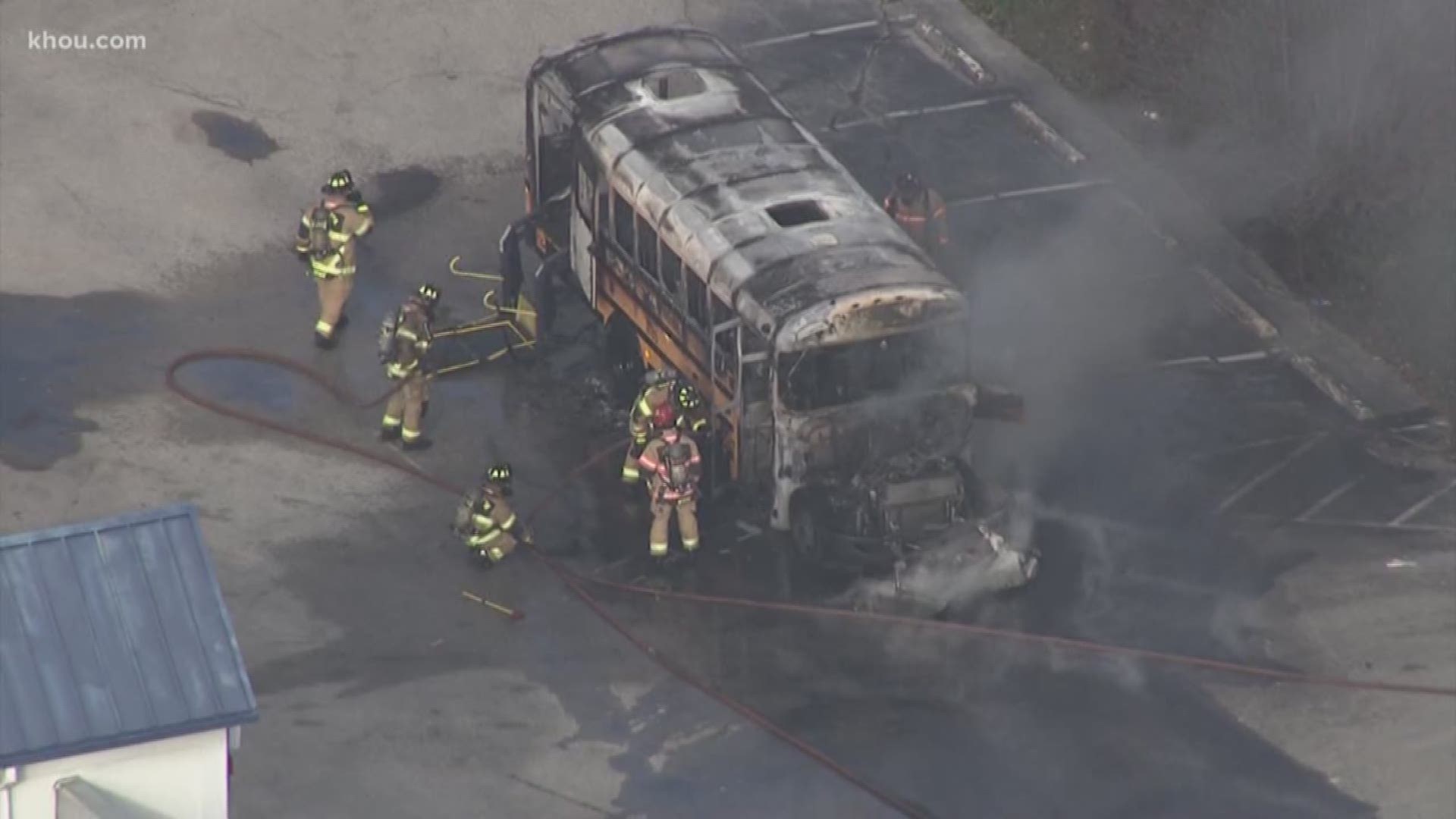 HOUSTON — A special needs Houston Independent School District bus caught fire Wednesday, but luckily, no one was injured, according to authorities.

The bus burned in a parking lot on South Post Oak near West Bellfort.

Authorities said, the driver was able to pull the bus in the parking lot and everyone got off.

According to authorities, there were four people on the bus at the time, including a 9-year-old student and three adults. No injuries were reported.

The bus was destroyed.

The fire did not affecting traffic in the area. Another bus was dispatched to pick up the student and staff members.

Officials said a mechanical issue caused the bus to go up in flames.