The school was placed on lockdown Monday morning until police could find the person responsible. 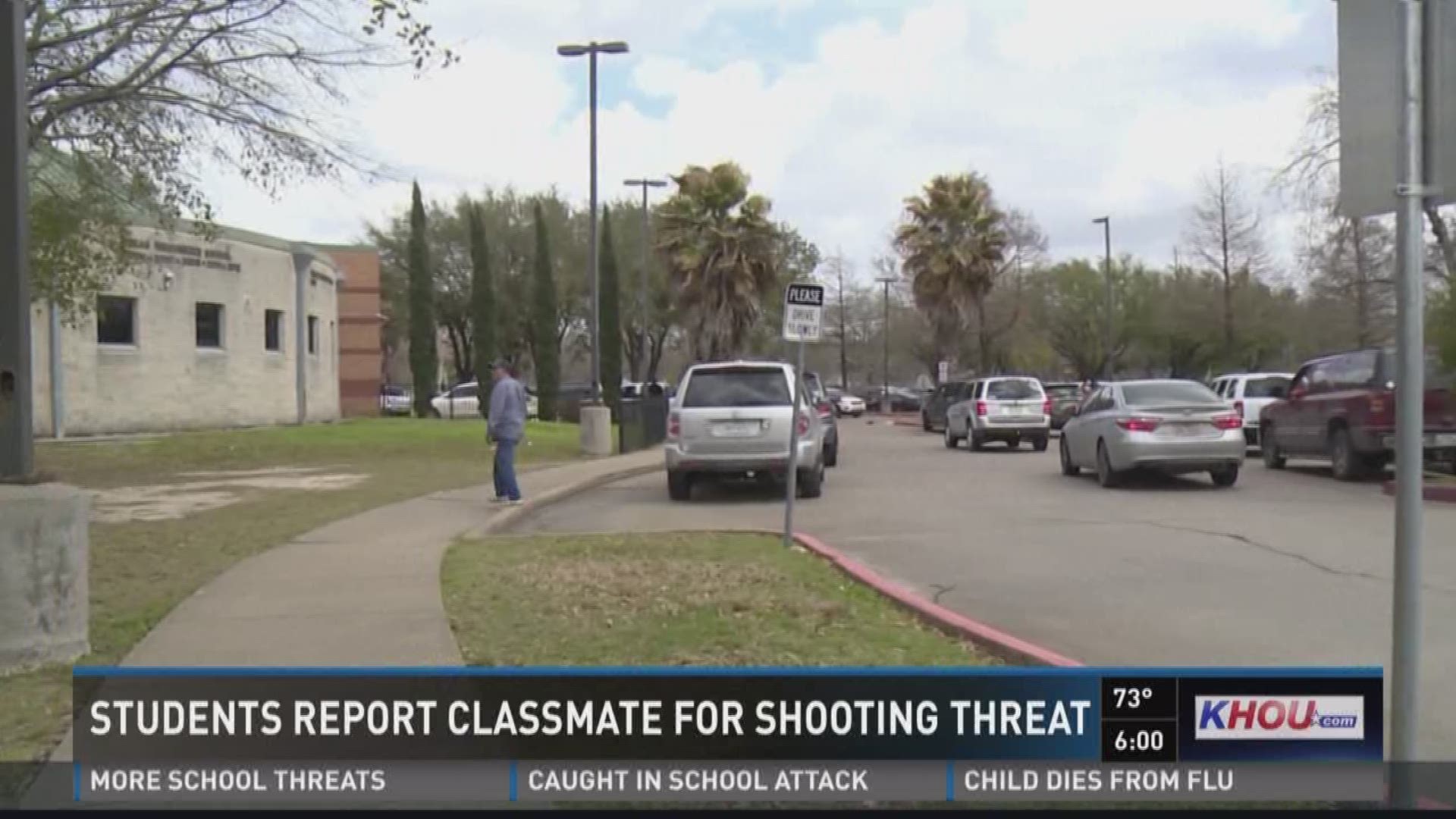 HOUSTON -- The Houston Independent School District says a social media threat caused a lockdown at one of its campuses early Monday.

The threat was made against Stevenson Middle School in southeast Houston, according to HISD.

Students watched a Snapchat video in which a male classmate said he was “going to come shoot up the school,” said HISD Interim Police Chief Paul Cordova.

Cordova says students immediately alerted administrators who then placed the campus on lockdown around 8:15 a.m. Monday.

“You had to cover up the windows. You had to have the doors locked,” said 12-year old Alanys Perez. “You had to turn off all the lights.”

By 10 a.m. Monday, the school district had alerted parents to the lockdown. Hundreds of people, like Julian Franco, drove to the campus to pull children from class.

“I came over here fast,” said Franco, who is the grandfather of a 6th grade girl. “It’s better to be safe and pick her up.”

“I’m just in shock,” Alanys said. “That people can even think of doing this and how cruel people can be in this world.”

Cordova confirmed the student suspected of threatening violence was arrested and charged with making a terroristic threat. HISD says he will now face “appropriate disciplinary action.”

HISD police said the student was not at school Monday morning and claimed to have been feeling ill. Investigators did not find any weapons where the student was arrested.

By 5 p.m. Monday, the lockdown at Stevenson Middle School was one of five situations involving threats to local schools reported by districts to the news media.

“And it gives me chills, because I read every single day about the parents who are burying their kids in Florida,” said parent Cindy Andrades. “This is not a joke. These are people’s kids.”