The suspect refused to drop his weapon, according to HPD, and two agents shot and killed him. 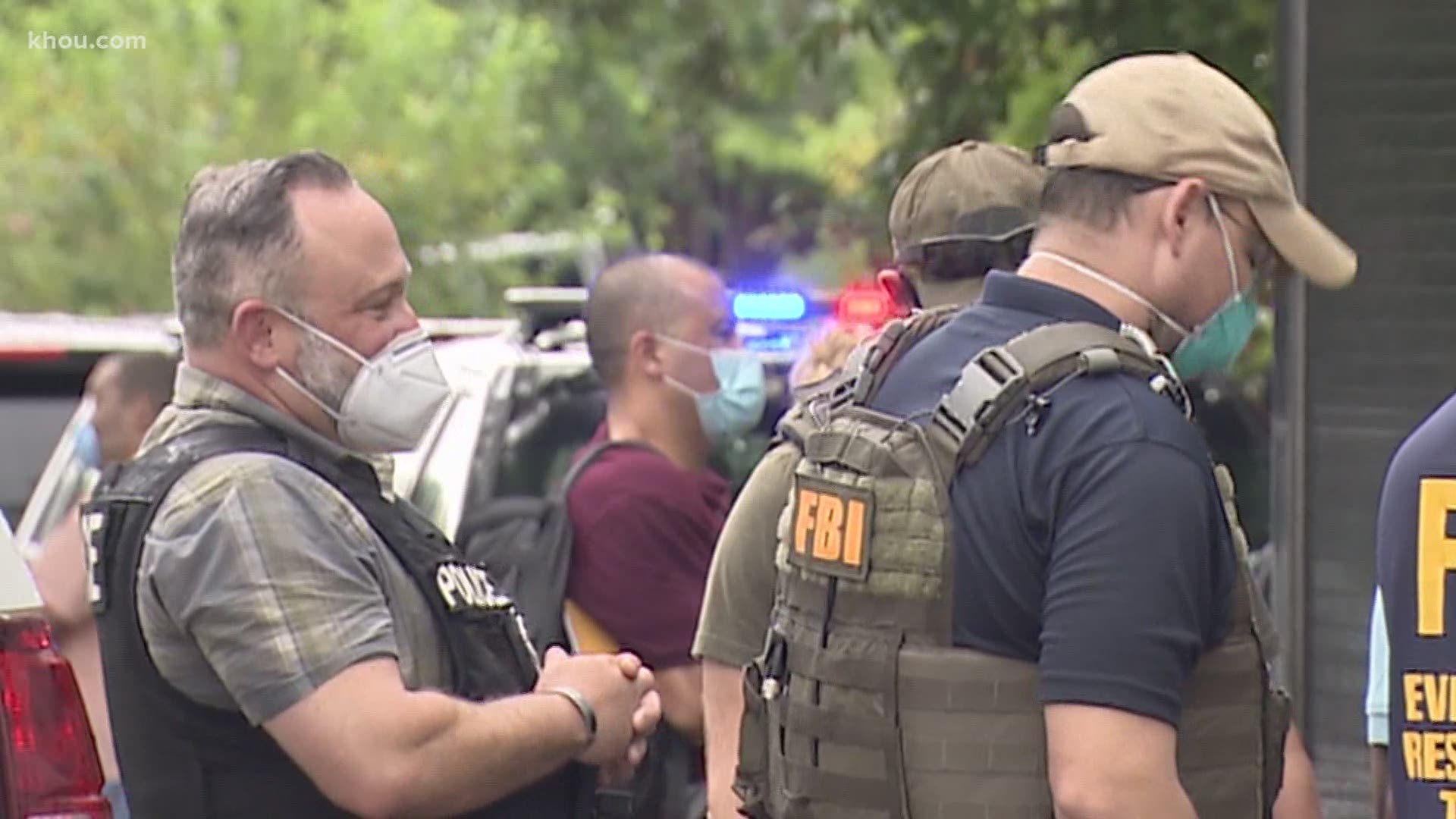 Houston police say the FBI agents were trying to serve a federal warrant in the 5700 block of Hirondel near Reed Road just before 10 a.m.

Investigators say the suspect had a gun when he came to the door. After ignoring commands to drop it, two agents shot him. It's not clear if he was pointing the gun at them.

The unidentified man, 24, died at the scene.

“We’re in a tough time right now and I want the public to know that we’re doing everything that we can do to make sure that we decrease the number of shootings in our community," HPD Exec. Assistant Chief Troy Finner said. “A lot of times the suspect dictates what happens out here and that’s all I’m going to say."

Finn said HPD will lead the investigation into the shooting, alongside the FBI.

"The FBI takes all shooting incidents involving our agents seriously. In accordance with FBI policy, the shooting incident will be investigated by the FBI’s Inspection Division," the FBI said in a statement. "The review process is thorough and objective, and is conducted as expeditiously as possible under the circumstances."

No FBI agents or police officers were injured.

Police asked for prayers for the suspect's family.

“I’m gonna ask that we pray for the family. No matter what a person is going through, no matter what they’ve done, they still have a family," Finner said  "He has a mother and we’re gonna ask for prayers right now."