Houston police said a motorcyclist was rear-ended by the suspected intoxicated truck driver who kept driving after the crash and didn't call 911. 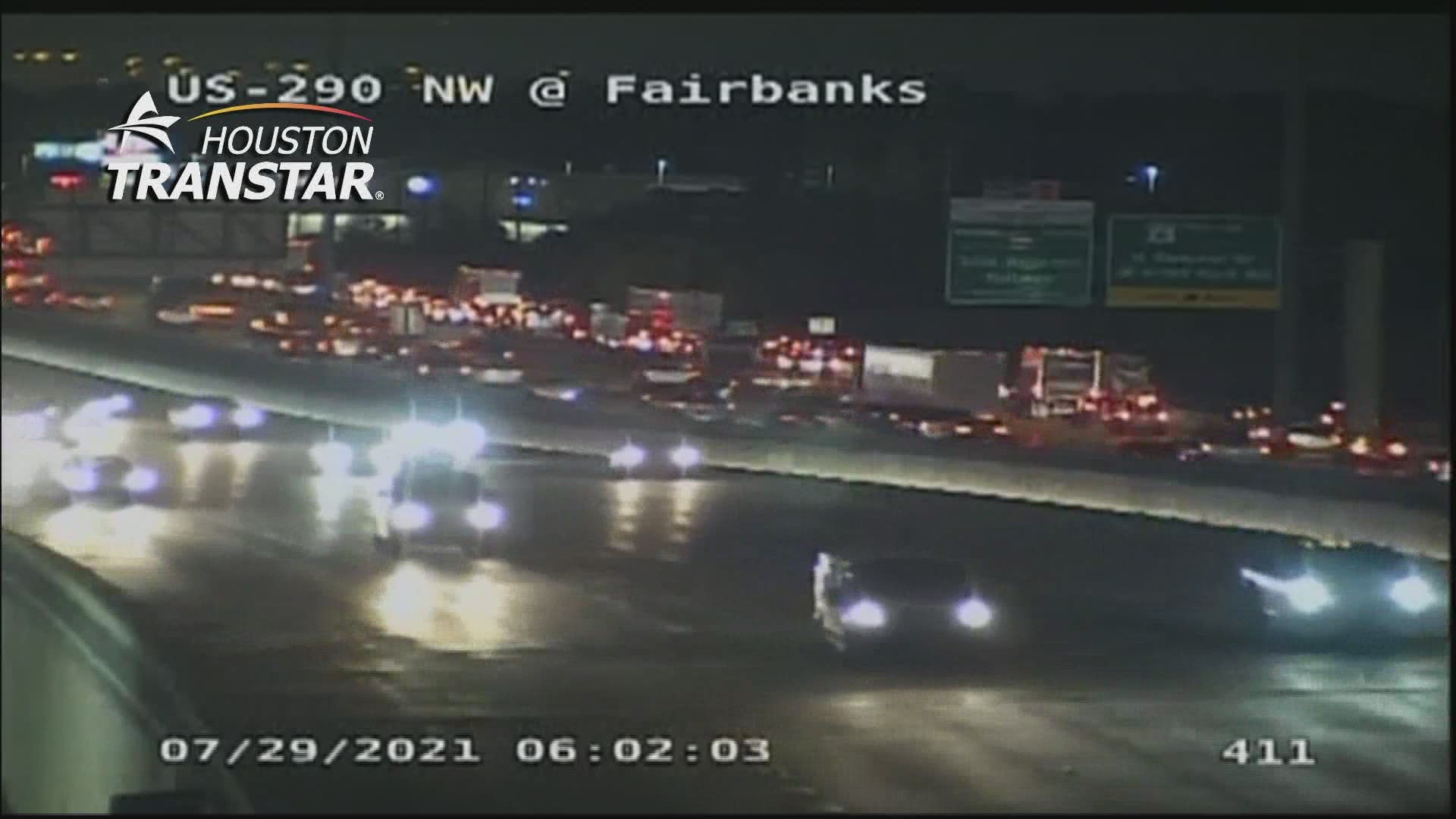 HOUSTON — Highway 290 near Gessner has reopened after a fatal crash shut down the westbound lanes for several hours.

According to police, a motorcyclist was rear-ended by a truck driver who didn't stop after the crash nor called for help.

Police said several witnesses saw the crash. One witness stopped and rendered aid to the motorcyclist, who later died on scene. Another witness followed the truck driver and called 911 so police could locate him.

Shortly after, the truck driver was taken into custody by Harris County deputies. Houston police said he has been charged with failure to stop and render aid and intoxication manslaughter.

Neither the motorcyclist nor the truck driver have been identified, but police said both of them are men.